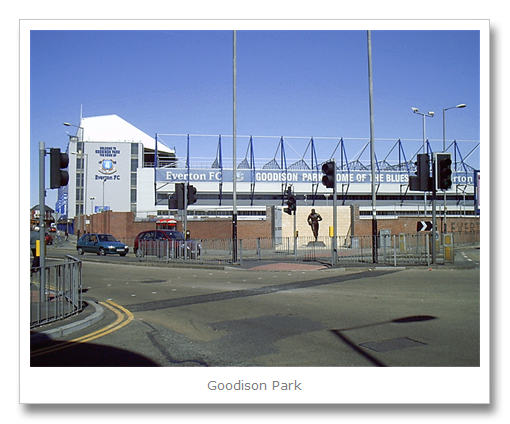 Some of you may know that I am a born and bred Everton supporter. Liverpool has two football teams and they are just across Stanley Park from each other.  Liverpool is the one team with their Anfield ground and Everton is the other team with Goodison Park aka The School of Science.

Well today was the FA Cup Semi-Final match between Manchester United and Everton.  My cousin came down from Up North to watch the match at Wembley (supporting the Blues of course) and at my house it was my brother and I for Everton and his friend Clinton and Stephen for Manchester United.

The game went into extra time with no goals scored and then Everton won 4-2 on a penalty shoot out.  A very exciting match and an awesome result.  Go on you blues!!