Emm in London turns one today and what a year it has been! Around last May I started reading expat blogs on the internet. It occurred to me that I was an expat and what better way to stay in touch with my family and friends than to show them the world through my eyes?

So what have I done this past year then? 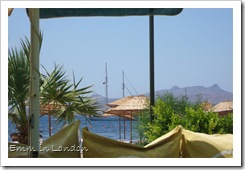 Trip to Turkey & Manchester: It was a year ago today that we left for an all-inclusive beach holiday in Gumbet near Bodrum in Turkey. We had the most wonderful week and it was lovely to just spend a week relaxing with Stephen.

The week after we got back from Turkey, I went up to Manchester to visit my Dad and friend Nina. 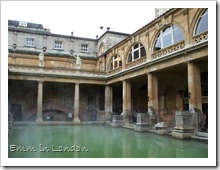 Road Trip around England: At the end of last year, Ste’s parents came to visit us and we took a road trip around England. We visited Stonehenge, Bath, Bristol, Oxford, Warwick, Liverpool and York and we had a fabulous time! I would say that my favourite place was Bath.

I was really sick during that time and that is the best thing about this blog for me; it helps me to remember the great places we have visited and the wonderful things we have seen. 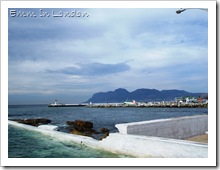 Trip to South Africa: We went home to South Africa for Gyda and Kenneth’s wedding and we had the most wonderful ten days. I visited Cape Town for the first time and fell in love with that beautiful city.

We had a great time in Johannesburg too and had stunning weather. We saw most of our family and friends and visited the Lion and Rhino Reserve too which was the highlight of the trip for me. 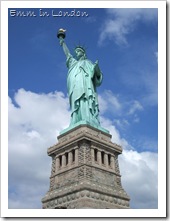 Trip to New York and Washington DC: I’ve only just started blogging about it but I’ve just returned from the most wonderful trip to the USA. I was only there for one week but I saw so much and walked like I’ve never walked in my life before! It was a fantastic, life-affirming experience and I would love to visit again if given a chance. 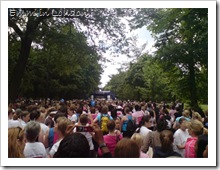 The blog started off with the O2 Wireless Festival and in the last year, I have seen Cranes, Shpongle and The Faint in concert. (The Faint were possibly the best concert I have ever seen but I never got around to posting about it. Maybe in the anniversary?) 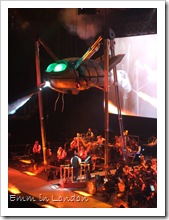 We went to the fantastic Doctor Who exhibition last year which was great for a massive Doctor Who fan such as myself.

We saw the live version of Jeff Wayne’s musical version of War of the Worlds the night before I left for New York and I will blog about that shortly. It was really awesome and I was happy to sing along to the entire show as I have been a fan for 30 years.

Out and about London 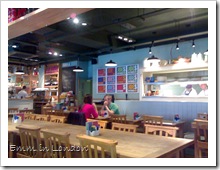 Where I work: Being somewhat of a workaholic, I try to make an effort to take lunch occasionally and so sometimes I’ve blogged about the ridiculously expensive meals and coffees I buy in the area where I work in the name of maintaining my sanity. I work near London Bridge in an area absolutely steeped in history. The most interesting discovery for me so far has been the park next to my work which is where the old Marshalsea Prison was located. 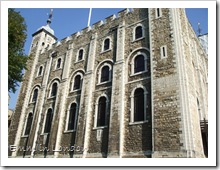 Around London: I may not get around London often enough but I have seen some wonderful sights in the past year including the Tower of London, Buckingham Palace and St James Park, Baker Street and Madame Tussauds, the Thames Barrier and we’ve taken a wonderful boat ride up the Thames.

One of these days I hope to make it to the castles around the South East of England! 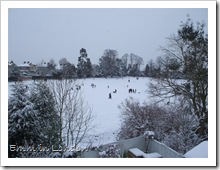 At Home: Finally, we’ve settled into our new home and we’ve almost watched a full year come and go, along with the dramatic English seasons! The most fun was definitely The Snow Day when a foot of snow brought London to a standstill! I’ll miss our days with our godchild, so I guess the next “at home” posts will all be about our pets!

I would say that this blog has been a huge success for me and has shown me how fortunate and charmed my life is. I believe this blog has been instrumental in helping me live each day to the full and to see the beauty in my daily surroundings. It certainly helps me put life into perspective as an expat in those times when I might become lonely or doubtful.

I don’t know where the next year will take me but thank you to all my readers who make it all seem worth it and here’s to the year to come!