…the fifth of November!

If you’ve clicked over from my dear blogging friend Just A Plane Ride Away welcome and welcome to this edition of World Blog Surf Day!  World Blog Surf Day is a round-the-world blogging trip where expats talk about a certain aspect of their life in their new country.  It is a fabulous event because not only do you get to visit different countries, you also get the benefit of the different cultural backgrounds that we bring to our new countries.  The idea is that I will link to the next blogger at the bottom of my post and you can click through to 41 bloggers as you surf around the world!!!

The theme for this edition of WBSD is:

Holidays & Celebrations--What is your favourite new holiday and how is it celebrated?

Well, America has Halloween and South Africa has Christmas (albeit a hot and sunny one) so I would say that my favourite celebration that is unique to England is Bonfire Night.  Actually… who am I kidding?  Bonfire Night has always been my favourite since I was a little girl. 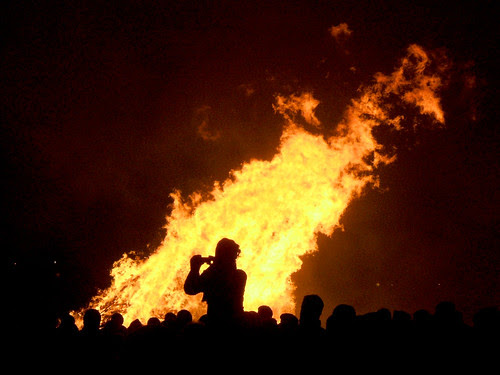 The Legend of Guy Fawkes and the Gunpowder Plot

Queen Elizabeth I persecuted Catholics and many had hoped that her successor James I would be more tolerant of Catholics as his mother was one.  This was not the case however and in 1605, 13 young men decided to take the matter into their own hands.

They came up with the brilliant plan (she says sarcastically) to blow up the Houses of Parliament, thereby killing the King and the Protestant nobility who were bringing misery to the Catholic people.

Robert Catesby led the Gunpowder Plot and Guy Fawkes was put in charge of the execution.  They obtained 36 barrels of gunpowder and stored them in a cellar under the House of Lords.  The problem was that many innocent people would get harmed in the explosion as Catholics and Catholic sympathisers would also be at the Houses of Parliament.

Of the 13 conspirators, several fled to Dunchurch but one of them sent an anonymous note to Lord Monteagle warning him of the impending attack.  The note was reported and Guy Fawkes was arrested in the cellar before carrying out the attack.

The Tradition of Bonfire Night

On hearing of the deliverance of their King, Londoners immediately lit fires in thanksgiving and the tradition of Bonfire Night began that year.  Modern day celebrations include the burning of a “Guy” on a huge bonfire and impressive fireworks displays. 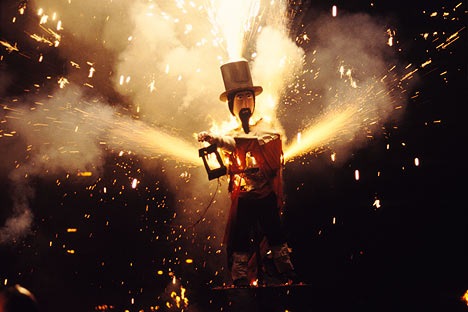 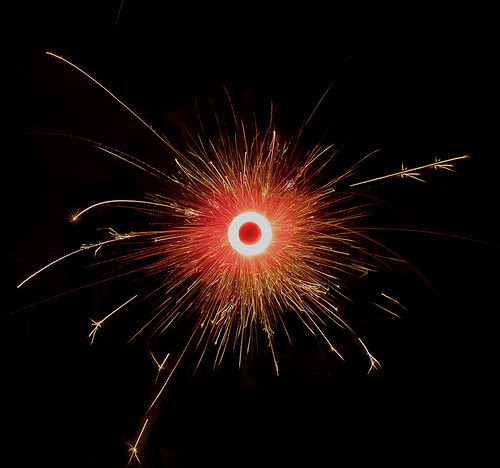 My… how we grow up.  As a pet owner, I hate fireworks and find myself staying in on New Years Eve to look after my poor, traumatised dogs. (Don’t feel too sorry for me – I did enough partying in my twenties to last me for the next couple of New Years!)

You can’t deny it though, there are few things as exhilarating as a good fireworks display!!!  I’ve seen two displays that I will never forget – one over Westminster on VJ Day in 1995 and one over Melbourne on 31 December 1999.  My favourite displays, however, are those using the smaller (and more dangerous) fireworks that whistle as they go up and pop in the sky.  Feeling the heat on my cheeks from the bonfire and the electricity in the atmosphere around me, Bonfire Night has got to be my favourite celebration of all! 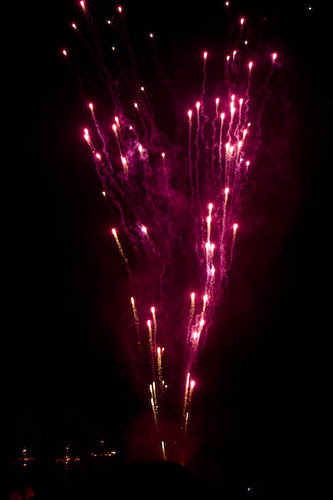 Continue along on your World Blog Surf Day trip to Annuca at Rantings from Afar.  Annuca is another blogging friend of mine and we met during the first WBSD.  I just know that you’ll love her post!