Yesterday I went to The Crosse Keys Pub in the City of London for a Camera Settings Workshop.  Run by The Photo School, this was the second of their courses I’ve done, the first one being their Creative Composition Course back in August 2009.  The course was only £30 for three hours and I really learnt a lot about what my little point-and-shoot camera can do. As you’re encouraged to really play around with your settings, the photos tend not to be as creative as the previous course. 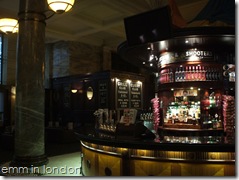 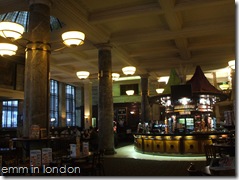 I learned to play around with the ISO settings on my camera and am finding it much easier to take photos inside or in artificial light. 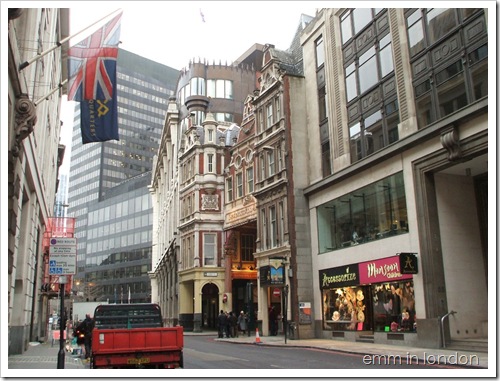 I'm also finding it easier to bring out the colours in dull light or cloudy conditions.  Which is a good thing if you live in the Capital of Unsunny. 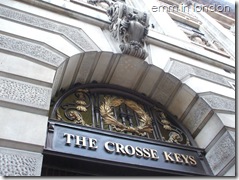 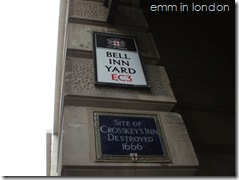 The Crosse Keys is such a gorgeous pub, I’d really recommend that you take a visit up there if you are ever in the vicinity of St Pauls or Monument. As I had gone through Leadenhall Market and around "The Gherkin" last time, I headed south toward Monument this time. 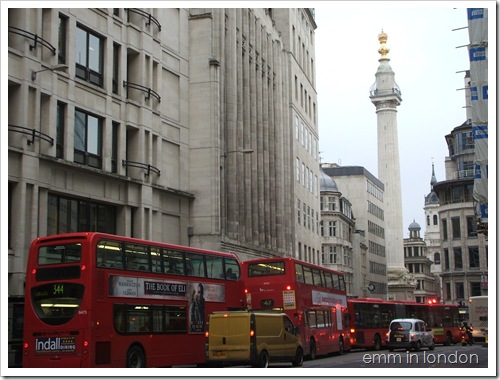 I spent the rest of the practical time playing around with the white balance and programme modes on my camera and trying to capture a little of the essence of London for those who have never visited here before. 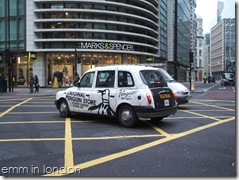 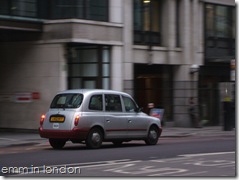 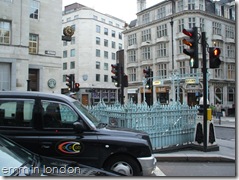 Not all black cabs are black… 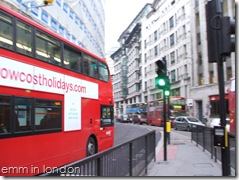 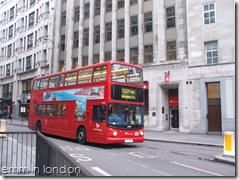 ...but many of the buses are red (playing around with motion and the Sports mode). 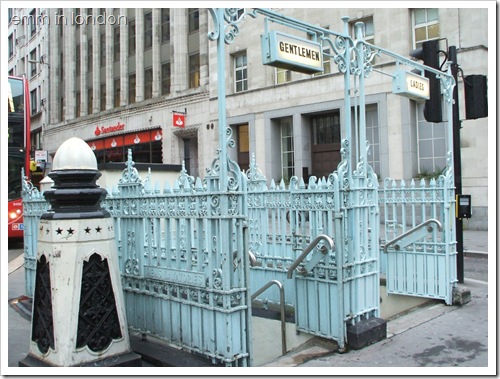 Just what is the essence of London? 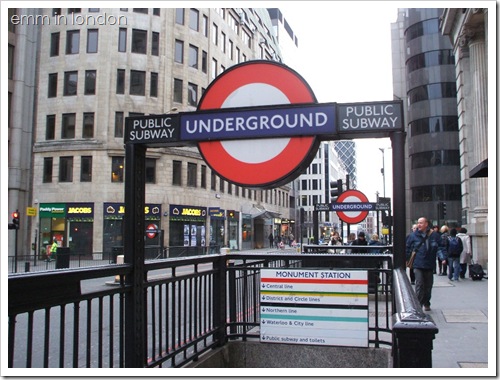 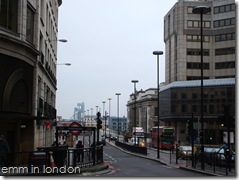 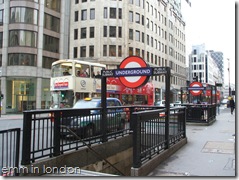 The essence of London is not limited to one area or place.  It is something that can be seen anywhere in the city but which is so unmistakeably London.  London Underground roundels, black taxi cabs, red buses and the bollards.  I love this city.  Red post boxes are unmistakeably England though, aren’t they?  I must take the time out to capture a red telephone box as well one day.  Although they are less common these days, you can find them if you look for them.

After the course, I got really, really lost trying to find my way back to Cannon Street Station.  That’ll teach me to be lazy!  I know the way back to London Bridge which is where a non-lazy Tourist would have been walking. 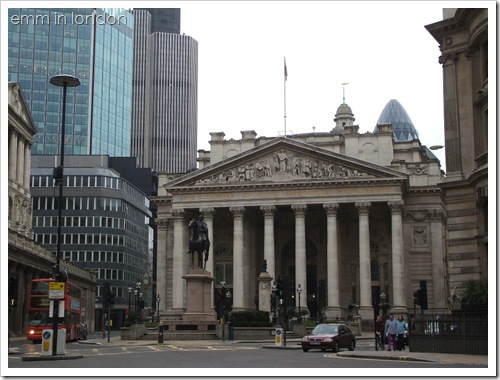 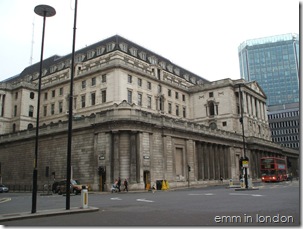 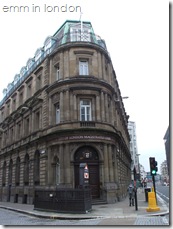 It was only when I found myself outside the Royal Exchange and the Bank of England that I realised I’d taken a wrong turn and so I ducked past the London Magistrates Court and found my way back to Cannon Street.  Not a moment too soon either, it was rather cold yesterday!