When I visited my family in Liverpool at the weekend, we got to talking about my grandparents and great-grandparents as we always do.  This time, my Dad has sent me some photos and a bit of history so that I can share them here and keep them for posterity.

As you can see from the photo I posted on Wednesday of his medals, my grandfather played in all of the major theatres in World War II.  Some of you may not have seen my Dad’s explanation I wrote in the comments so here it is again:

“From left to right The 1939-1945 Star, The Atlantic Star with France and Germany Bar, The Africa Star with North Africa Bar, The Pacific Star, and The 1939-1945 War Medal. Bottom right is the Veterans Medal. Centre bottom is the Fleet Air Arm Wings which Dad wore on the arm of his uniform. The two small pieces bottom left are my Dad's service medal with BICC Prescot (40 years in the factory) and his British Legion badge.

He was also on the Arctic Convoy which according to the Russians saved their war. Russia regarded these men as real heroes and wanted to award them with medals but the "Cold War" prevented this (and our Government). My Dad was an officer on HMS Victorious an aircraft carrier. He saw HMS Hood go down and the prize of the German navy the Bismarque go down. Whilst in the Pacific his ship was attacked twice by Kamakaze pilots”. 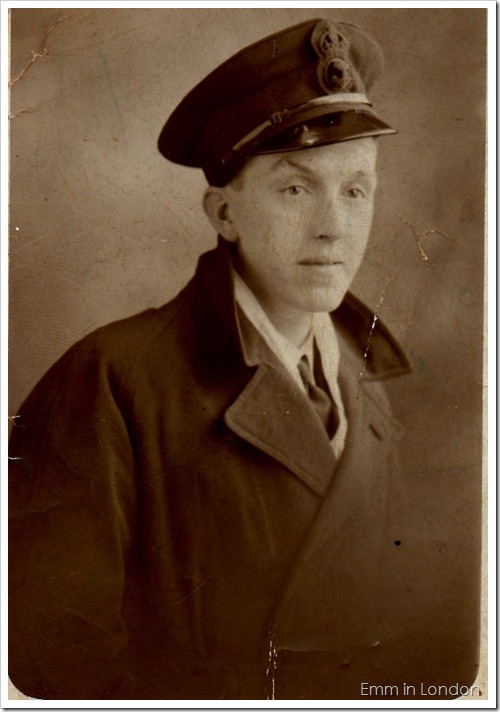 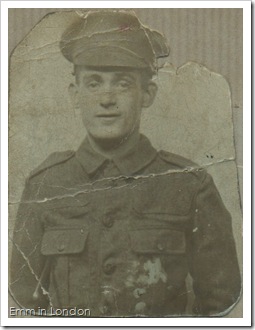 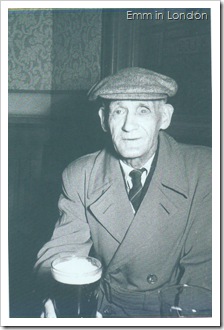 On the top is my grandfather Arthur Whittaker Trubshaw (1920 – 1977).  On the left is my great-grandfather on my Nan’s side, Corporal John Quinn of the South West Lancashire Regiment.  He fought in World War I of course and at the end of the war, he was coming home through a French village and was shot by a sniper; he lost his eye. On the right is John Quinn again and my Dad said, “This is my lovely granddad enjoying a pint of mild at his local The Eagle and Child, Prescot. He was born in 1890 and died age 70 in 1960. He worked in the BICC factory, Prescot all his life apart from serving his country in WW1. This was taken about 1959”.   My Dad says he likes comparing photos of people from when they are young and when they are old. 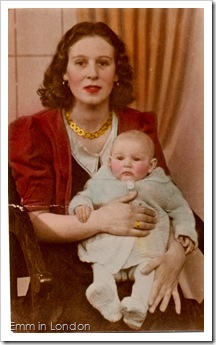 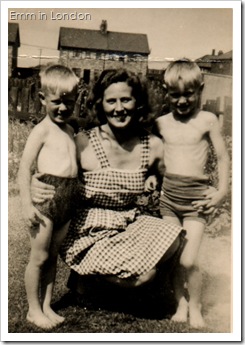 On the left is my grandmother Florence Trubshaw née Quinn (1919 – 1990) with my Aunt Barbara.  My aunty is sick now but still looks exactly like she did in that photo to me!  The photo was taken in black and white of course and coloured in.  My Nan had blond hair and china blue eyes and my Aunt Barbara has blue eyes.  The interesting thing about the colouring in this photo is that it reminds me of just how much I look like my Nan!

That is my Dad there on the left with my Nan and my Uncle Steve (1943 - 2003) on the right.  My Dad says they both look like a bag of bones which is not surprising really.  My Dad must have been about four then so it could only have been 1949 and rations continued until 1950 didn’t they?.

There must be so many stories that he has to tell about living in England in the post-war period!  I must press him for more information!