Southbank is one of my favourite places in the whole of London as there is so much to do and see there.  The best thing is that even if you have no money, you can just go and take photos of all of the exhibits and people and that, of course, is free! On Sunday, Stephen and I caught the train to Charing Cross station to meet up with my old friend Gavin.  Gavin and I met at university in South Africa and he now works for a super big company (not sure if I can name it!) in Seattle, Washington.  In the past couple of weeks he has been to Johannesburg, Warsaw, Milan and Sofia and was just stopping off in London for a couple of days before heading out back to the States.  I quite correctly guessed that he must have been tired of travelling by now and ready to go home!

We walked over the western of the Golden Jubilee Bridges but unfortunately, I was just so happy to see my friend that I didn’t take any photos of the bridge or from the bridge.  Bad Tourist! 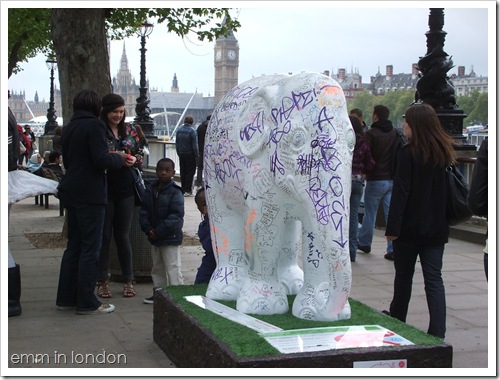 I was absolutely thrilled to finally catch up with the Elephant Parade.  The Elephant Parade is a conservation campaign that seeks to educate people about the plight of Asian elephant which are endangered.  There are over 250 brightly painted elephants around London and they are absolutely gorgeous.  The elephants are for sale through auction but if you don’t have a spare £500 lying around, you can buy mini elephants from Selfridges and Greenwich Central Market or at the elephant parade online shop. 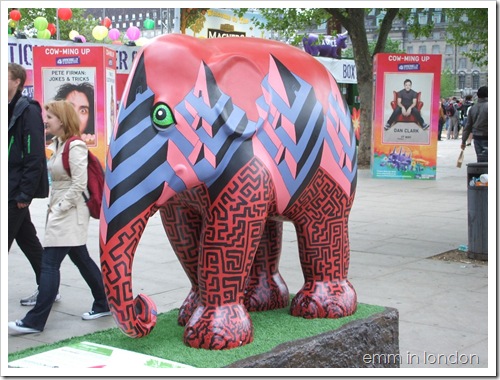 I’ll utter the understatement of the decade here and say that I want one. 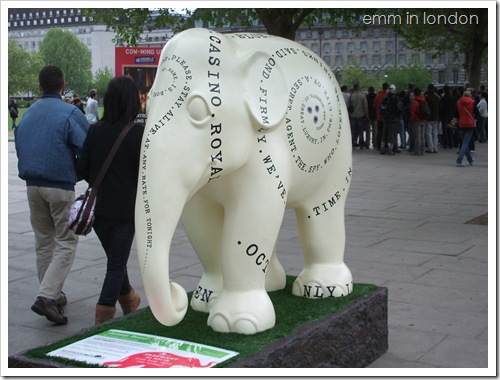 Of course, I got to see two of my very favourite London landmarks too. 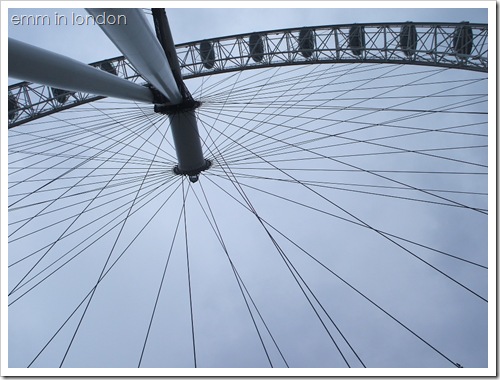 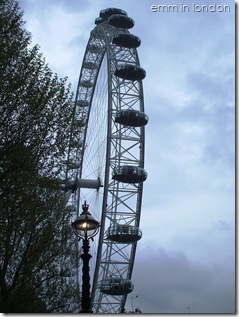 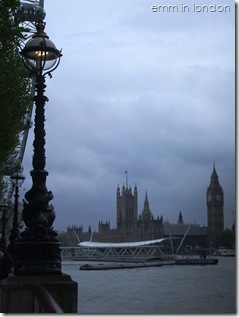 The London Eye and the Houses of Parliament

I love the fishy details on the lamp posts in this area of London.

It began to rain quite heavily at this point so we scuttled off to Ping Pong dim sum restaurant at Festival Terrace for some delicious dim sum, sticky rice parcels and rice bowls. 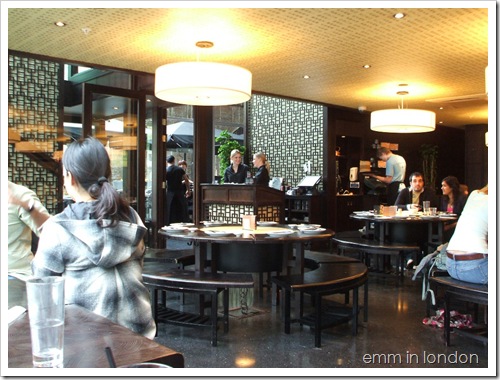 Ping Pong has an awesome set up and you can just keep ordering food until you are all full up and you can split the bill nicely too.  I think it is the perfect location for groups of people who like to share their food.  The interesting aspect is that they like to seat groups of people at tables together which is always interesting but we had no table mates on this occasion.

Once again, I was a Bad Tourist and was having too much fun catching up and swapping music recommendations to take photos of the food.  Gavin is one of the few people I know who is as obsessed with music as I am so it is always fun to chat. 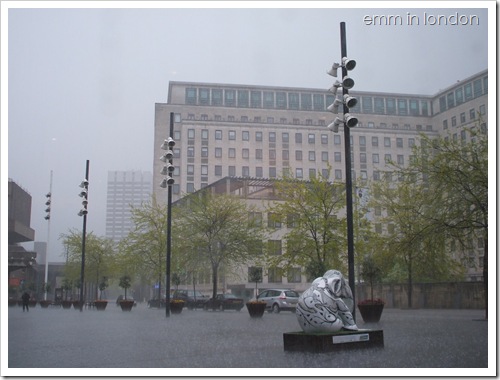 This was the view outside of the restaurant while we were eating.  Poor elephant!  And yes, that is a fair idea of what May looks like in London.  There is a reason for the old proverb: Ne'er cast a clout till May be out.

We had a lovely afternoon but it was all over too soon.  Hopefully we’ll see Gavin next year in the States!