Christina and Marcus are two writers who "blog for recreation". Christina contacted me a short while ago and asked about writing a guest post on travelling safely with a focus on detainment in foreign lands and I jumped at the chance to feature this post because I have been following the story of the three hikers that were detained in Iran.  I hope you’ll find this excellent post informative and helpful and if nothing else, I think it will stimulate some interesting responses!

Highlighting the Necessity for Practicing Safety and Common Sense When Traveling

Over the past nine years, traveling conditions have become anything but convenient.  It is understandable that extreme measures be taken in an attempt to prevent an event such as 9/11 from occurring again, however, many have found that the enjoyable aspect of traveling has disappeared.  As security gets tighter and tighter, we find ourselves spending a significant portion of our vacation time getting screened at security checkpoints en route to our destinations. However, the value of ensured safety can definitely rival the uncomfortable nature of going through security. 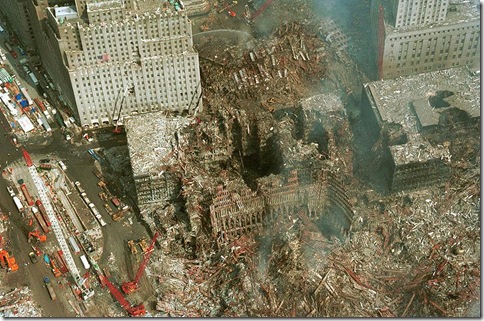 Many frequent travelers are aware of the time consuming security checkpoints and they plan ahead. Ultimately, as we all get used to increases in security we become more patient with the process and more understanding and appreciative of the benefits of it. It is the unexpected hiccups in traveling that make it frustrating, such as being the one who gets picked for the “random” full body scan in the airport, or perhaps getting detained in a foreign country because you lost your credentials to get home. 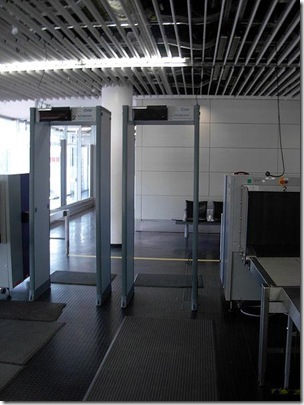 In worst case scenario, being accused of committing a crime, being arrested, or being convicted in a foreign country can be extremely scary especially if you do not know governing laws, possible punishments, and whether or not you will ever return home to see your loved ones. Possibly scarier than getting detained for something you actually did do would be getting detained for something you did not do (or at least had no intent to do). Under those circumstances, travelers probably question the real reason they are being detained and when they find no justification for it, they may begin to fear the worst is yet to come. This scenario is undoubtedly not something the average traveler expects to experience on a routine trip.

In the last couple of years, we’ve seen some high profile situations arise where travelers visited foreign countries and were detained in prison for a long period of time on accusations of criminal behavior. One case involved two American Journalists (Laura Ling, 32, and Euna Lee, 36) that were arrested in North Korea and sentenced on June 8, 2009 to hard labor for allegedly crossing into the country in pursuit of a story. The women dealt with anxiety and fear as they awaited the outcome, both pleading that they had no intention of breaking any North Korean laws or doing anything that they thought would warrant their arrest. As their story earned the national spotlight, U.S. citizens and officials became much more vocal/active in trying to earn the two women their freedom. Many Americans believed that the Journalists were being falsely accused as a result of political motives and that the journalist should therefore be released as a humanitarian act. Despite the vocalized U.S. public opinion, Secretary of State, Hillary Clinton, instead called for amnesty (rather than their release on humanitarian grounds) likely figuring that if the North Korean government found the journalist guilty of committing a crime then a humanitarian act to free them would not be an option. Calling for amnesty provided an opening for their release that could be granted as a human rights gesture and as a favor to the U.S. even though the journalists were found guilty. Ultimately, it took the effort of former President Bill Clinton and his chief of staff, Doug Band, to free the journalists.

Having been a former President of the United States, Clinton has always been extremely active in political efforts. He incorporated large scale humanitarian and philanthropic initiatives into his work as part of his post presidency. His reputation among foreign leaders weighs heavily when working with them to resolve issues. The clout surrounding his name can certainly come in handy in situations that involve negotiating. This has become especially true ever since Doug Band suggested to Bill Clinton that they create the Clinton Global Initiative which in the last several years has taken on thousands of projects that tackle worldwide issues that, in turn, has helped hundreds of thousands of people worldwide. Having said all that, it makes sense that having him represent your side in any situation can certainly be a valuable bargaining chip. This was proven when he and Doug Band made a surprise visit to North Korea to meet with leader Kim Jong-il and returned home with the two American journalists that had been detained for nearly 5 months.

In a more recent incident, three U.S. hikers were taken prisoner in Iran for allegedly crossing into Iran territory illegally and under suspected espionage and spying offenses. The three hikers were Shane Bauer, Sarah Shourd and Josh Fattal. They were arrested on July 31, 2009 while on a hiking trip along the Iraq-Iran border. They claimed that if they had crossed into Iran it was an accident and that the border was not clearly marked. An Iraqi border official told the AP that the hikers were arrested on Iranian soil which actually countered a statement that anonymous witnesses made explaining that the hikers were actually arrested on the Iraq side of the border. Due to the nature of the problem, the inconsistencies in the stories/evidence and the spike in national publicity the arrests received, U.S. citizens undoubtedly voiced their opinions and took action. Many citizens decided the arrests were politically motivated and pushed for their release as a necessary humanitarian act and as a sign of good faith. Resolution in this particular case carries significant weight because of the U.S.-Iranian relationship.

Regardless of the outcome of these two stories, the underlying theme is the same for both. That is, traveling can be extremely dangerous no matter where you are headed, even in locations where danger is not commonly thought to be present. Nobody wants to find themselves detained in a foreign country with no way to communicate to family members and friends back home. Safety tips should be followed to help avoid potentially devastating problems while traveling. 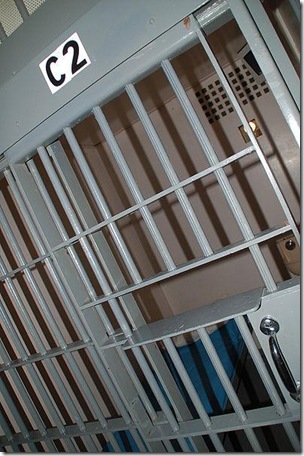 In an effort to alleviate safety concerns and potential fear associated with traveling, some simple recommendations can be followed. Travelers should do their best to immerse themselves into the culture of the country they are visiting and try to blend in with the foreign natives as opposed to standing out in the crowd and causing reason for suspicion.  This will not only allow travelers to experience more, but it will also make them less of a target of con, theft, and violence.  Avoiding locations that are close to potential problem areas should be common sense. It is understood that safety is a concern no matter where you go, but it is simply smarter to avoid an area where conflict is known to exist. There are plenty of destinations that can provide a unique experience to travelers that do not test concerns for safety. While these tips are very basic, many more traveling tips are readily available online on the U.S. Department of State website. In addition to general tips, the website also provides country specific advice for travelers. There is no way to be safer than to understand the culture of the destination you will be traveling and to steer clear of areas where “worst-case-scenario” can become a reality rather easily.

Traveling can be extremely dangerous if the right precautions are not taken. Should a problem arise, getting government officials and/or other celebrity individuals involved to help is extremely rare and certainly doesn’t happen every day. In reality, travelers are detained all the time and most often we do not hear about it. The situations in North Korea and Iran received massive amounts of publicity and media hype which is largely responsible for getting Clinton and Band involved. Should your story of being detained never get out, the end result likely might not be as positive as the one in North Korea.

Additionally, many of our elected officials and representatives are busy. Sometimes the projects they are working on could be other crisis situations with thousands of lives at stake that require their undivided attention. A trip to rescue an individual traveler would not take precedent over response to events like 9/11, Hurricane Katrina, or the earthquake that rocked Haiti. 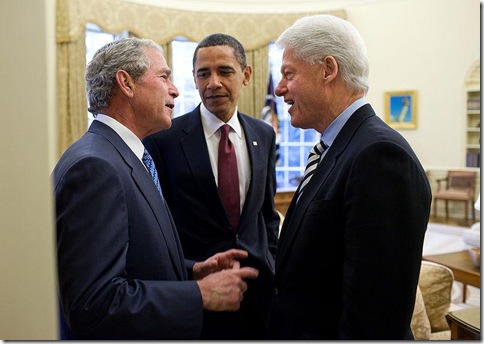 The journalists in North Korea may have gotten lucky that there was no catastrophic event taking place simultaneously that would’ve put their story on the backburner. In summary, when traveling, you are primarily responsible for taking care of yourself and ensuring your own safety. Use common sense and do your research before exploring new areas.

Taking the proper steps to ensure your safety while traveling can result in a very comfortable and fun vacation. You may recall the recent World Cup event hosted in South Africa that turned out to be a great tourist attraction and a great vacation for those that did in fact make the trip out there. If you are looking for something new to do, international travelers (especially those that like sports) should like to know that they may find themselves booking itineraries throughout the United States in the near future. With everything Bill Clinton has going on, he and Doug Band recently joined the U.S. World Cup Bid Committee Board of Directors in an effort to help bring the World Cup to U.S. soil in 2018 or 2022. The event attracts millions of spectators and provides a rare opportunity for natives to show overwhelming support for their respective countries on a national stage. Attending is guaranteed to be a unique experience arguably second to none. 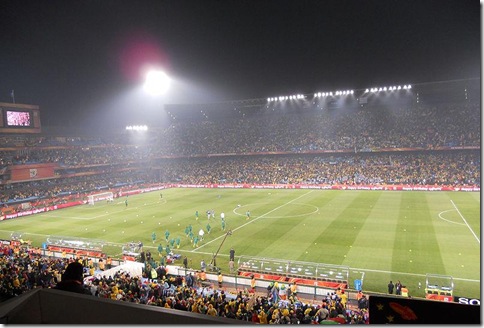 The country hosting the games undoubtedly receives an economic boost as a result of all of the extra work and jobs that are required to handle the influx of tourism. The country that wins the bid would likely have to be considered safe for travel. With Doug Band and Bill Clinton representing the U.S. Bid, there is no doubt that all of their peaceful endeavors that have promoted international cooperation and the resolution of world issues to date will add value to the U.S. push to win the bid. Travelers just might find themselves headed to America to bear their colors and watch their team compete within the next several years. It is recommended that tourists take the trip to see the World Cup games regardless of who in fact wins the bid.

Christina and Marcus are blogging hobbyists who enjoy writing about trending topics as they occur in real time. Both Christina and Marcus have interest in political science and public policy and contribute written work to the blogosphere on topics that are political in nature. While Christina is primarily interested in international relations, Marcus tends to focus more on domestic policy, often which pertains to alternative energy and economics. Christina and Marcus share a mutual interest in traveling and athletics and cooperated in order to produce the article above.

New comments are not allowed.