Mister Emm is a Manchester United fan but I know most of you will be kind enough not to hold that against him (or at least leave me out of it!)  After three years in England, he decided to splash out on a season ticket for Old Trafford this season.  Now I know that the very astute amongst you might have noticed the flaw here.  Yes, that’s right, we live in London.  Suffice to say, Mister Emm spends every other weekend driving up to Manchester for matches and he drives back down again the next day or even that same evening.  We are very lucky to have friends in Manchester that don’t mind him camping out in their spare room nearly every weekend! 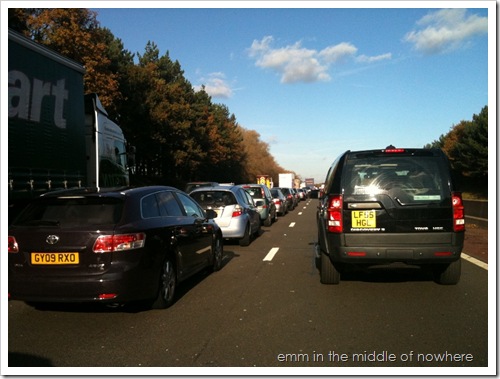 Last weekend we rushed off to Manchester for one night.  We were meant to leave at about 7am but as you can imagine, I need my beauty sleep and we only left around 9am!  Lucky we left that late too, otherwise we would never have had the pleasure of getting stuck behind a serious accident for nearly an hour!!!  When I took this photo, our engine was off and very soon afterwards, all these Manchester United supporters were getting out of their cars and socialising.  My contribution to the cause was to sit on Twitter and complain. 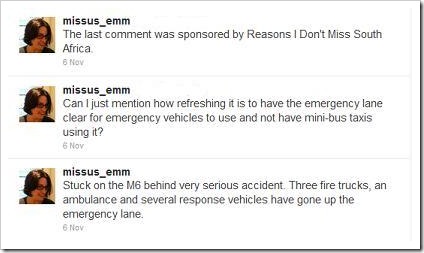 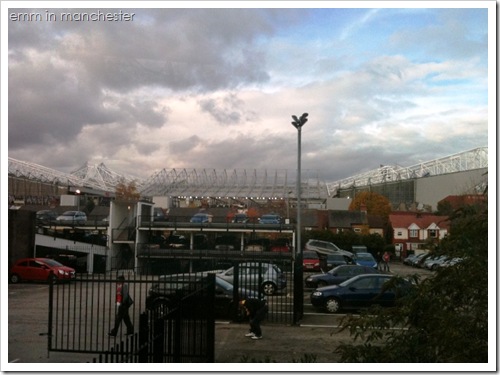 We got to Old Trafford just in time for the game and Stephen had to kick me out of the car and rush inside.  This was the only photo I managed to get of the stadium before hopping on to a bus to Piccadilly. 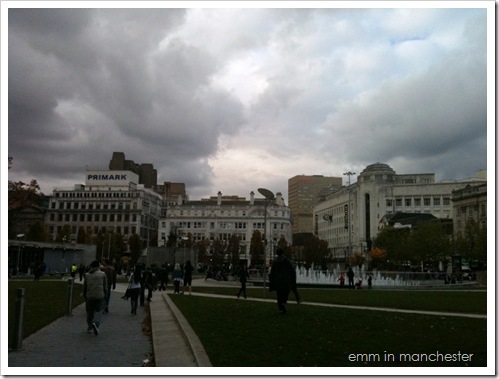 I am not sure if they have completely refurbished Piccadilly but it looked nothing like I remember it.  In fact, I thought it was quite pretty and it had a super vibe. 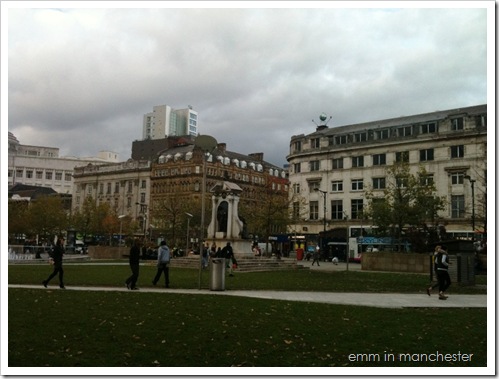 It has definitely made me want to visit Manchester again in the near future (I have to confess to avoiding it like the plague in favour of Liverpool.  I met up with my Dad and step-Mum at their hotel and we went off to do some shopping and visited some pubs. 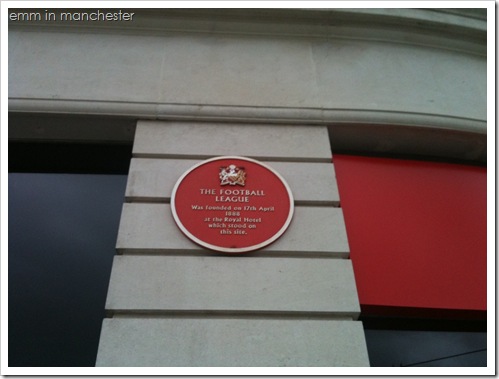 This plaque was just under the Primark and reads “The Football League was founded here on 17th April 1888 at the Royal Hotel which stood on this site”. 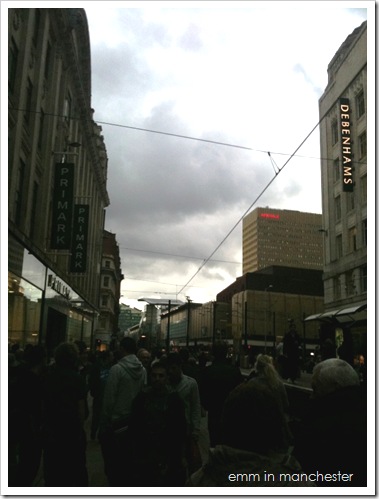 My biggest problem with Manchester is that this huge grey cloud seems to be permanently located above it.  There is a lot of encouragement from my friends and family to move up there but I’m just not a big fan of Manchester.  I think I’d have a problem living in Liverpool and that was my favourite city on Earth (before I visited New York and Novi Sad). Perhaps if I visited in the middle of summer I would see something different?  What is your least favourite city and why?

Anyway, it was lovely to see my Dad and step-Mum and once the game had finished, Mister Emm joined us for an eat-as-much-as-you-like Chinese buffet.  Yum!