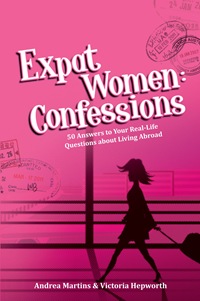 Finally! A reliable, realistic and useful guide to moving abroad.  The lovely team from ExpatWomen.com sent me a copy of their latest book, Expat Women: Confessions - 50 Answers to Your Real-Life Questions about Living Abroad, to review.  If you are thinking of moving abroad, or are a recent transplant in a foreign country, then this book is for you.

Being an expat can be a bewildering and confusing experience.  If we are lucky enough to move to a country where our first language is spoken or where we have rights of residence or citizenship, we expect to be able to secure employment, open up bank accounts or meet friends with the same ease as we did back home.

This is certainly not always the case.  I grew up as the child of expats in South Africa and spent most of my life being called a pommie.  In 2007, my husband and I decided to move to London, England and we thought it would be a walk in the park.  It wasn’t.  Despite being a British citizen, it took me four months to break through the impossible cycle of not being able to open a bank account because I couldn’t prove my address without a utility bill, and not being able to open a utility account until I had a bank account.

I’m one of the lucky ones.  Many expats move to countries where they do not speak the local language or where their spouse does not have the right to work.  If you move with children, you suddenly find yourself without your family and friends near, having to start the impossible process of meeting other mothers or friends.

Andrea Martins is the director and co-founder of ExpatWomen.com.  In the introduction to Expat Women: Confessions - 50 Answers to Your Real-Life Questions about Living Abroad, Andrea tells the story of April, an expat in Mexico City.  April called Andrea to join her playgroup and confided that she had not really been out of the house, except to go to the grocery store, in four months.

This is often the truth of the expat experience: the loneliness, isolation and paralysis that makes you question who you are and puts incredible strain on both your well-being and your relationships with your family and friends.

The crazy thing is that with just a little bit of support, the expat experience can be the incredible adventure that it was intended to be, with cultural, culinary, and architectural delights and the chance to travel to new and exotic locations.

Andrea Martins and Victoria Hepworth knew this when they started Expat Women back in 2007.  In just four years, the site has grown to be the largest global website helping women living overseas.  Expat Women: Confessions is their latest venture.  It is a collection of 50 answers to questions that women ask about living, working or accompanying their spouses abroad.

When I first picked up this book, I thought that it wasn’t really for me.  I’m not one of those women that has joined her husband on a job assignment overseas and we certainly don’t intend to move back to South Africa any time soon.  However, as I read the short questions (or confessions, as many were styled) I found that I was enthusiastically nodding my head and absolutely relating to the women’s experiences.

In Expat Women: Confessions, the 50 questions are spread across 6 chapters dealing with: Settling In, Career and Money, Raising Children, Relationships, Mixed Emotions, and Repatriation.

Questions such as “I Am a Citizen, but I Cannot Settle In”, “Beware of Your Friends” and “Feeling Unwelcome” resonated with me and that was just in the first chapter of the book, “Settling In”.

I commiserated with the women in “My Job Was a Mistake”, “Loss of Career” and most of all, “No Money Left” in the chapter “Career and Money”.

I began to realise that after four years of feeling different and feeling like I don’t belong here, one thing is true and that whatever I am feeling, other expat women are feeling too.

Although we do not have children, I imagine that the most important chapter in the book for most women would be the chapter “Raising Children”.  It is hard enough to be homesick when you are abroad or to cope with life’s challenges without your best friend or mother there to guide you, but it is even harder if you are pregnant or raising small children.

I have never been shy of telling people about the pressure that moving abroad placed on my marriage.  Of course, we can laugh about it now but my husband and I had to explicitly agree to stop demanding a divorce every time we fought.  Your fights are so much bigger when you are alone in a foreign country and suddenly each fight was the Final One.  The chapter “Relationships” features ten questions and answers on affairs, divorce, growing apart and troubles at home.  It made me feel very fortunate that our marriage lasted the distance. 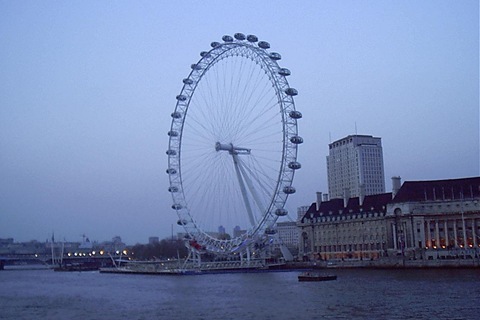 The chapter that resonated the most with me was “Mixed Emotions”.  “Friends Back Home” could have been written by me and detailed the growing distance that expats inevitably experience from their friends back home and how very hard you need to fight for those friendships.  “Overcoming Negativity” was perhaps the most significant to me.  In response to my own growing negativity and the inevitable winter blues, I began an expat blog which has been instrumental in helping me cope with life as an expat.

“Repatriation” was without a doubt my least favourite chapter but only because I have nightmares about eventually returning home.  As difficult as the expat journey is, it is also undoubtedly the most rewarding.

Once I had finished reading Expat Women: Confessions, I realised that at some level, I had identified with nearly every single issue raised in the book.  More valuable than identifying with the questions was the advice offered by the authors in response to each of the questions.  This book is like a handbook on how to be an expat and the advice was realistic, achievable and practical.

I wish I had been in possession of this book when we moved overseas.  It is not just valuable to new expats or those about to embark on their adventure abroad.  This book made me realise just how good this experience can be and it has reignited my desire to meet both other expats in London and Londoners too, although the latter is harder than you would imagine.

I would absolutely recommend this book to all expats.  I would even go so far as to say that it is required reading, an absolute must.  Five out of five stars.

You can buy Expat Women: Confessions at Amazon.co.uk