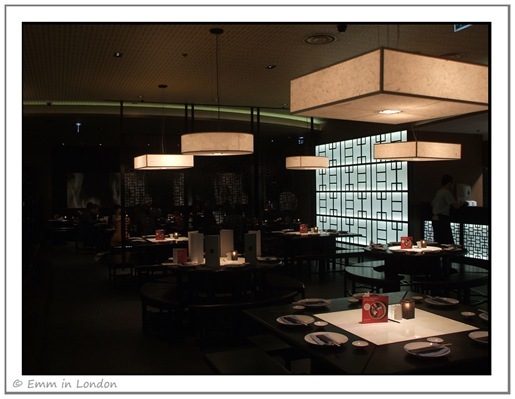 Earlier this week, we went to the beautifully styled Ping Pong restaurant at Bow Bells House in the City to attend the launch of their Christmas menu. I only discovered dim sum at Ping Pong two years ago but I absolutely fell in love with these ‘little parcels of deliciousness’ as Ping Pong describe their fare.  Since then, Ping Pong has become one of my favourite restaurants and I often meet up with friends and out-of-town visitors at the Southbank establishment.  Imagine how pleased I was to be invited to this event then! 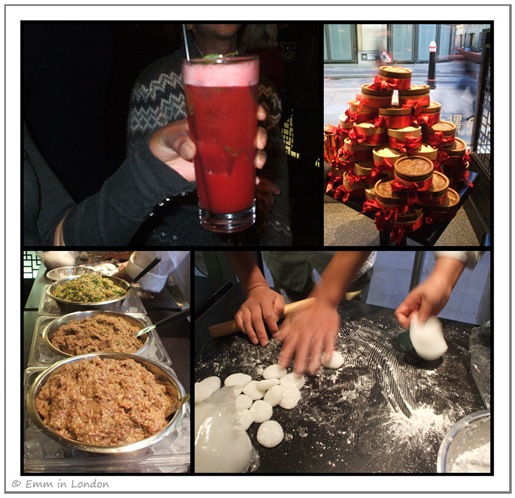 We started the evening off with some delicious non-alcoholic Red Glow cocktails with raspberries and cranberry juice, topped with soda and cranberries.  Unfortunately, I was coming down with a cold so thought it unwise to sample the real cocktails!  Let’s just say that those and the jelly shots were going down really well with our fellow attendees! 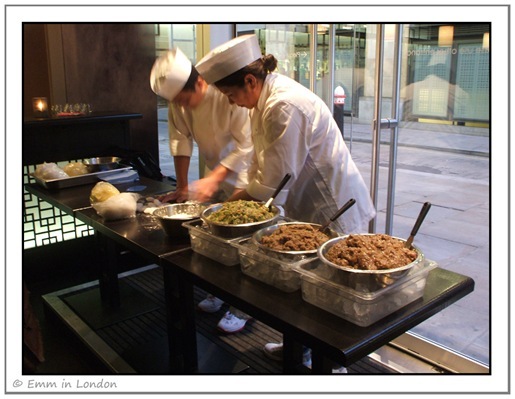 We got to watch some expert dim sum chefs in action which was a treat.  Apparently it takes several years to train to be a dim sum chef as it requires great skill.  When you observe the speed at which their hands move as they form the tiny pastry shells, add the fillings and shape the dumplings into exotic little parcels, you can appreciate that this is a skill they have taken years to master!

It was a lot of fun too as later in the evening, we were encouraged to make our own dim sum.  Unfortunately, I needed both hands to make a barely adequate dumpling and so have no photos of that!  They did give me a Ping Pong apron for my efforts though! 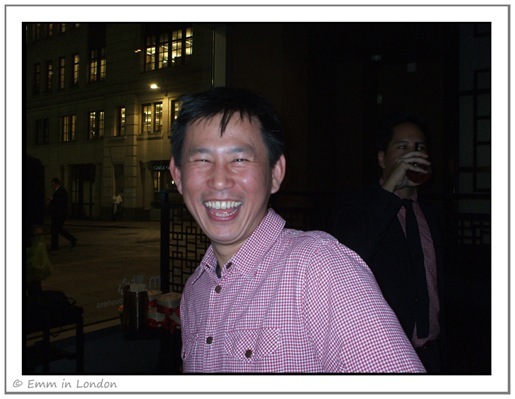 I was lucky enough to speak to Khin Vong, the head chef of Ping Pong.  He was able to tell me all about the menu and how the food is made.  Ping Pong used only natural ingredients and colourants in their products.  So, for example, the Christmas menu features a lobster dumpling which is lobster, shitake and coriander in a beetroot pastry.  The dumpling had a beautiful, red translucent shell and that comes from the beetroot.  The dumplings can have yellow, green or orange shells too which are coloured by using chive paste, spinach, pumpkin or turmeric.

Other treats on the Christmas menu included the luxury spring roll which was seasonal vegetables and enoki mushrooms served with truffle oil, and a honey-glazed puff pastry which housed mixed game and yellow bean sauce.  I was quite sad to miss out on the braised duck rice pot which was a slow-cooked duck in a rich sauce, served with coconut rice.  It seems that I was certainly not fast or tall enough to grab a sample of that!

Ping Pong have recently expanded into Washington (USA), São Paulo (Brazil) and Dubai (UAE).  It is so exciting when restaurateurs take a winning formula and expand their horizons.  Perhaps it would be fun to arrange our next blogger’s meetup at Ping Pong?

The Christmas menu launches in just over two weeks time and Ping Pong are taking bookings for Christmas parties.