The Korakuen Garden in Okayama, Japan

Well hello! I hope that you’re all well and that you had a fabulous long weekend. I just spent four days in Normandy, France and it was fabulous. Needless to say, I’m a little exhausted so today I have a guest post on one of the loveliest gardens in the world by my friend Fran. Enjoy! 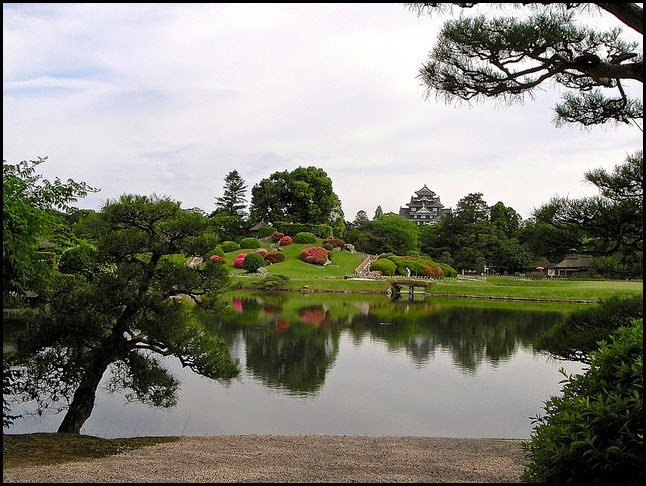 In Japan they love lists of three. Three best views, three best castles, three best temples and above all, three best gardens. The Korakuen Garden in Okayama is on the ‘three best’ list, along with the Kenrokuen in Kanazawa and the Kairakuen in Mito. I’ve been lucky enough to visit the Korakuen garden twice now - once in March, when it was elegantly bare and once in the summer, when the azaleas and irises were in flower. I thought it was one of the loveliest gardens in the world.

It was commissioned in 1687 by the local lord, Tsunamasa Ikeda, and was completed in 1700. It was used as a place for entertaining important guests, though ordinary people were allowed to visit on certain days. In 1884 ownership was transferred to Okayama Prefecture and the garden was opened to the public. It’s suffered from the passing vagaries of history, including flooding in 1934 and bomb damage in the Second World War but it was restored using Edo period drawings and  extensive Ikeda family records so its appearance today is very much as it was when it was first made.

The garden was designed in the Kaiyu (scenic promenade) style so that as you wander along the winding paths you are constantly presented with fresh views of the lawns, ponds, hills, tea houses, and streams. The central pond is rather unkindly called Marsh Pond (Sawa-no-ike), but is far too well manicured to live up to its name. 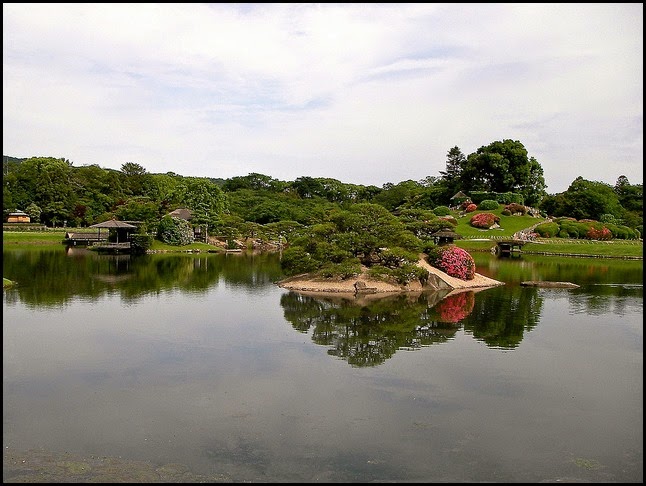 The Enyo-tei tea house is the centrepiece of the garden. It’s surrounded by beautifully clipped azalea bushes. 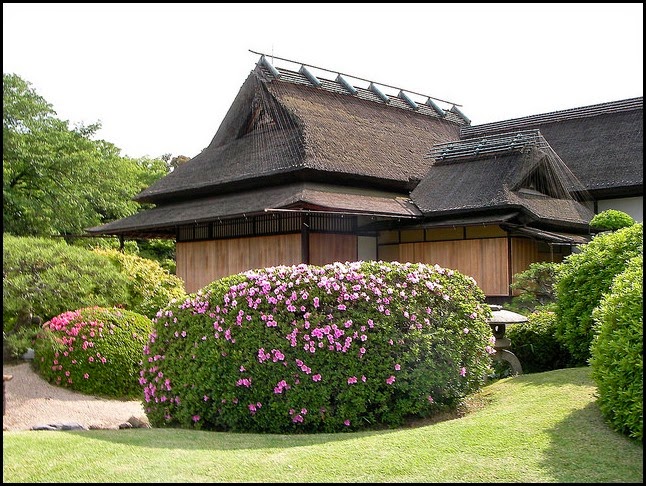 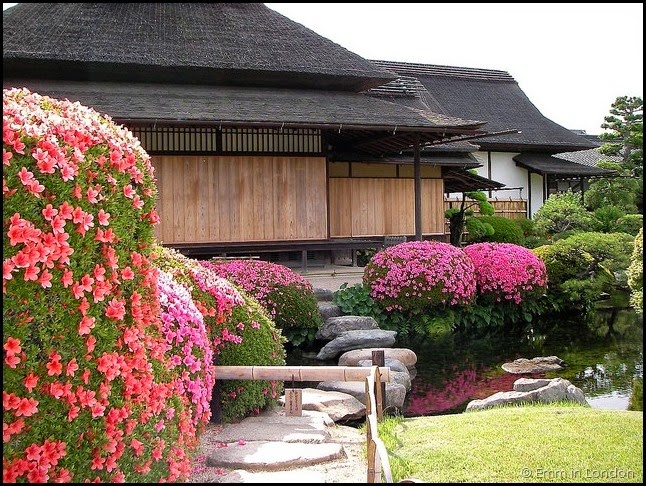 The Yuishin-zan Hill is a steep climb but there's a panoramic view from the top. 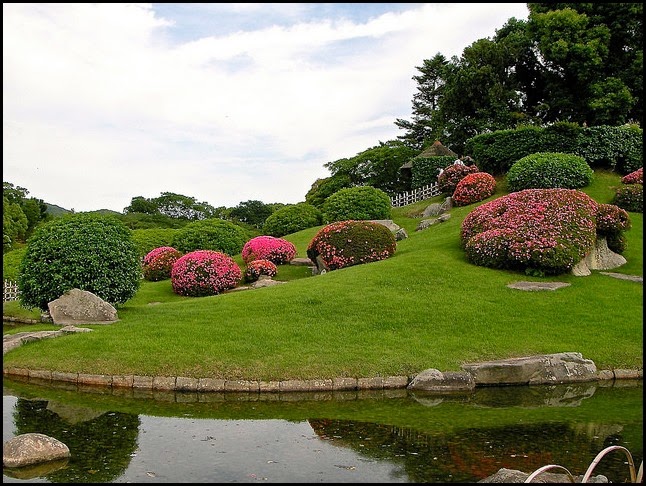 The extensive lawns might look natural to us, but they’re rarely found in a Japanese garden. 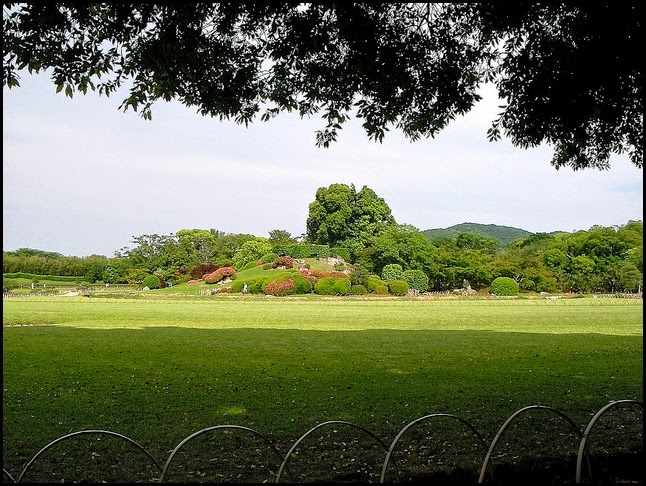 The garden has flowers for all seasons. In the summer it’s the irises that take centre stage.

Overlooking the iris plantation is the Ryuten tea house, which has no walls on the ground floor and a stream running through the middle. 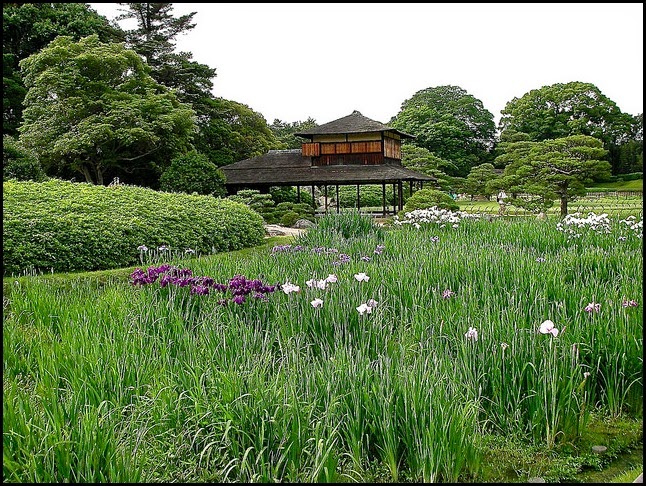 The garden even has its own tea plantation. 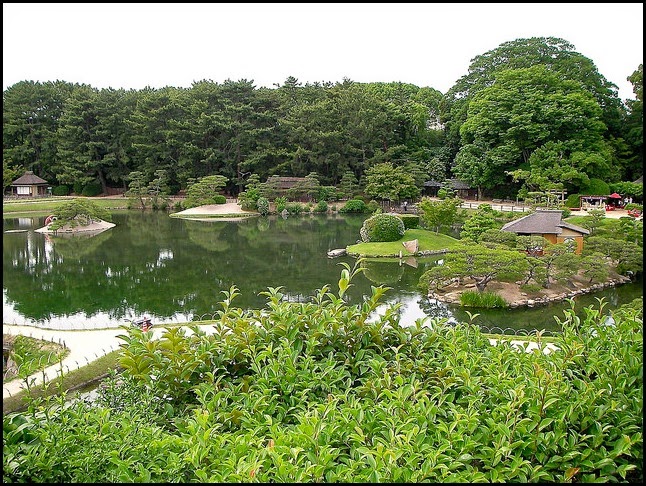 Okayama is just under an hour by train from Osaka; it’s a convenient stopping off point if you’re taking the bullet train from Kyoto to Hiroshima. To reach the garden either take a taxi or walk (fifteen-twenty minutes) straight up the main road from the station. You won’t be disappointed.

Fran's book The Cherry Blossom Murder, a murder mystery set in Japan, is out now on Kindle and in paperback.