June: The Month That Was 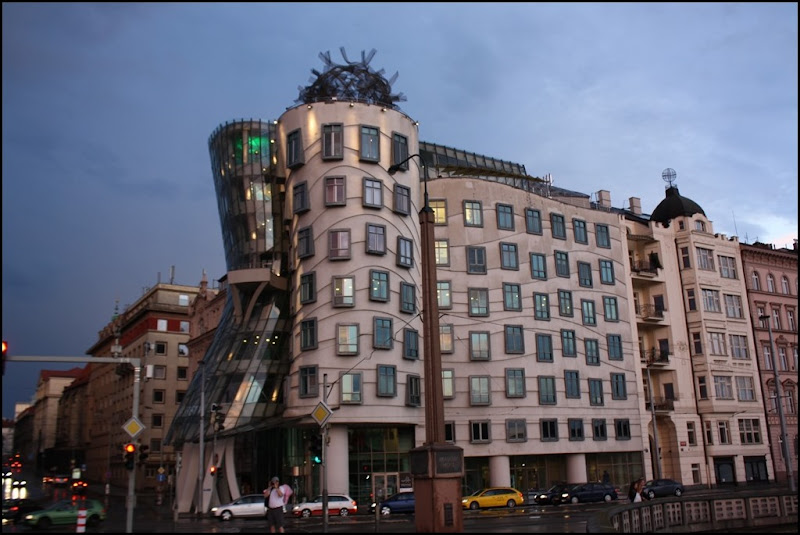 Have you ever had one of those months where you get to the end and wonder what the heck was that? June was that month for me. It was crazy and cool and went by in a kind of blur. Still feeling dizzy at the end of it, I took a look at an old blog posts and noticed that I used to do really fun recap posts of what I’d been up to.  A lot of bloggers still do this – I particularly enjoy the Life Lately posts and I thought that now would be the perfect time for such a post.

What I Got Up To

If you follow The Only Way is Woolwich, you’ll know that Woolwich might have its problems but it is an up and coming area with lots to do. That is why one Saturday morning I dragged my mum and Stephen off to Royal Arsenal for breakfast at the Cornerstone Café and a wander around the Vintage & Craft Fair. I enjoyed our breakfast enough that I’m trying to arrange a visit to the sohMARIE supper club that is held at the venue every month. 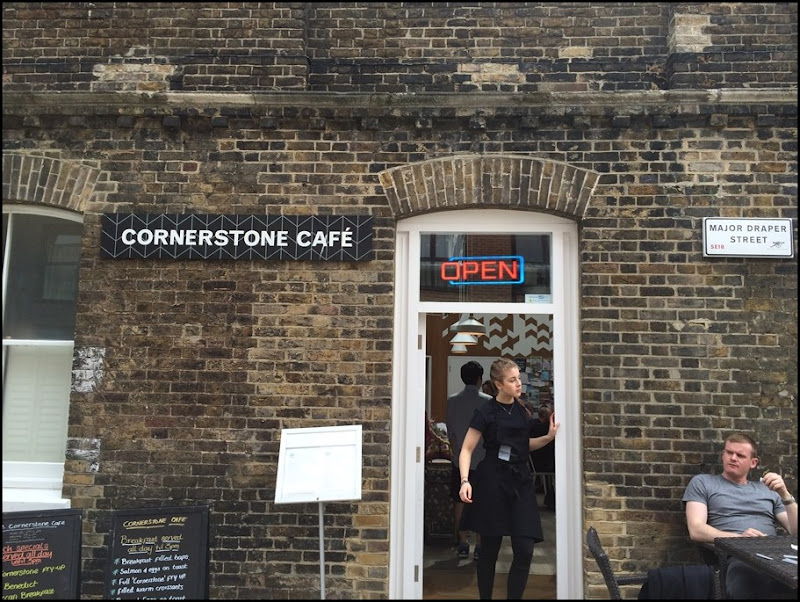 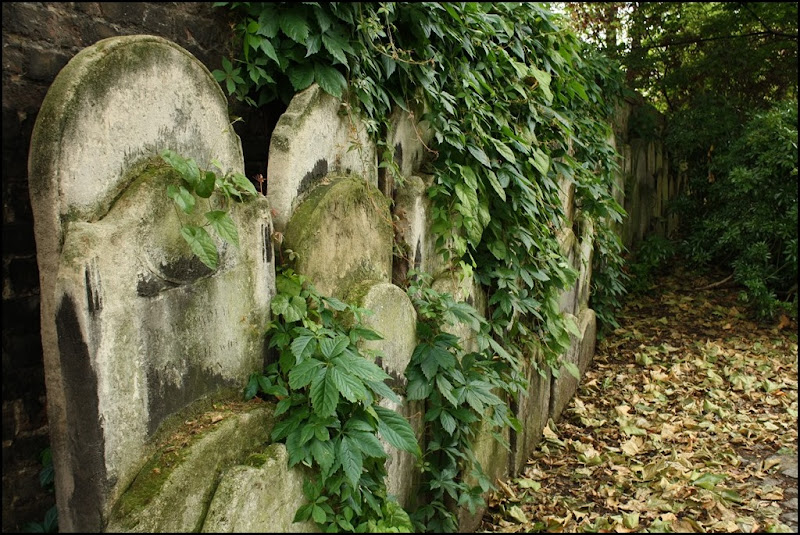 I had been looking forward to Paul Talling’s new tour since I’d been on his Derelict London Tour of Silvertown last year. It was an interesting tour with a mix of dereliction and new developments and I’m having such problems choosing my photos that I think I’m going to have to spread it out over two blog posts. The photo above was taken in the churchyard of St Anne’s of Limehouse.

I have a strange relationship with Shakespeare. After studying Romeo & Juliet, Hamlet and Macbeth in school, I thought I was a fan and so naturally jumped at the chance to buy tickets for the David Tennant production of Hamlet in 2008. But then disaster stuck – not only did David have to pull out of the tour due to hurting his back but I did not like the production at all. I thought I knew the play really well but could not follow along and my mother-in-law, somewhat of a Shakespeare expert, admitted that they were switching scenes around and even she was struggling to follow it. Imagine how our long-suffering spouses were feeling? So we did the unthinkable and left during intermission.

Fast forward 8 years and I avoid Shakespeare like the plague but recently found myself dragged along to a performance of A Midsummer Night’s Dream in Dartford’s Central Park. And I absolutely loved it!  This is my new favourite Shakespeare play after Hamlet and has inspired me to catch all the films and plays I can in future, secure in the knowledge that I actually do like Shakespeare despite one bad experience. 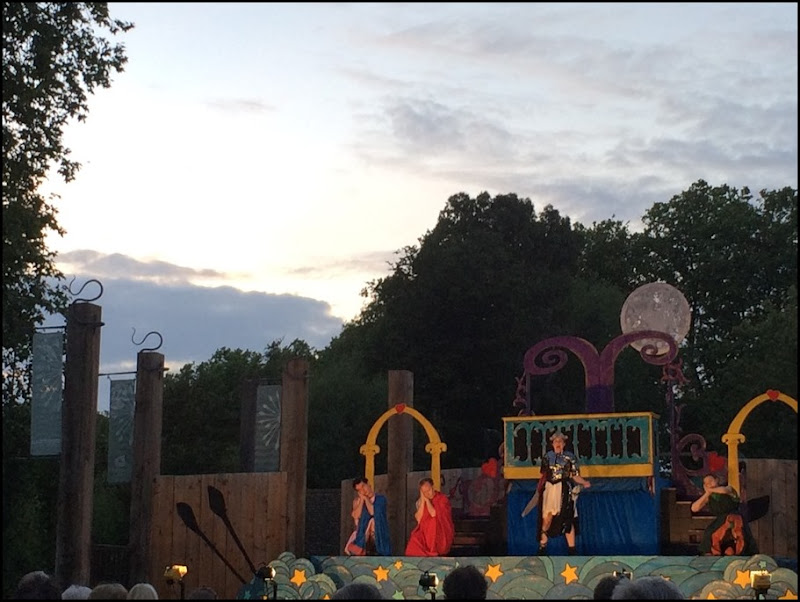 Just a tip should you ever find yourself at an open air theatre event in England in June – take a thermal sleeping bag and portable chair. I did and was as snug as a bug while people around me were freezing. 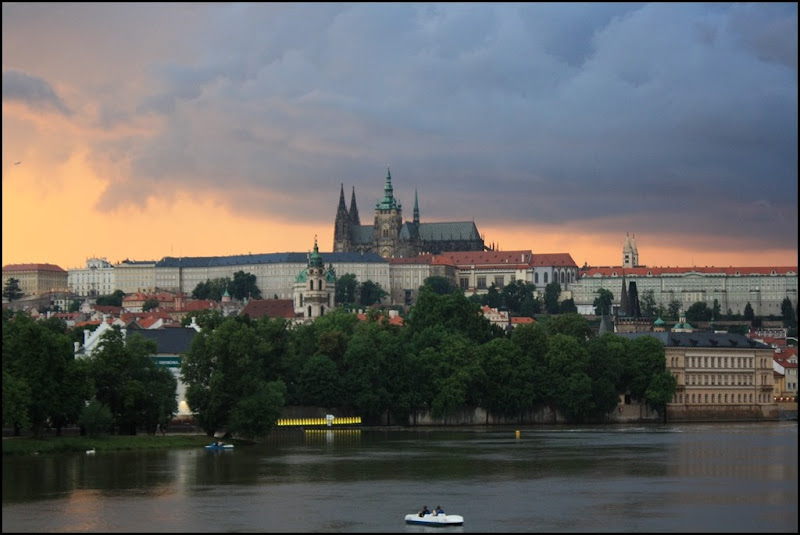 Once upon a time, on the day that I turned 18, a friend at university gifted me Milan Kundera’s The Unbearable Lightness of Being. Not only did that change my view of literature from that moment on and lead to discoveries of Margaret Atwood and Michael Dibdin, it also made me want to visit Prague. In June, that dream finally came true.

We had an incredible trip and I can’t wait to start telling you all about it.

I wrote an exam exactly a month ago today and it took me a very long time to get my life back into order after that. Part of me is so eager to get this interminable qualification done that I was planning to study two discursive subjects for the September exams but to do that would have meant that I would have needed to start studying again immediately and that was never going to happen. The first thing I realised was that after writing two exams, moving house and changing jobs in the first six months of the year, I was well and truly burned out.

What that means is that I’m not writing any exams in September and it looks like I won’t be finished my qualification until the end of next year at the earliest. The only upside of that is that I absolutely made the right decision changing jobs and am progressing steadily there. Steadily enough that I’m working a lot of evenings and weekends but that is standard for an accountant at year end.

We’re settling into our lovely new home – slowly – and we’re having our first guests over on Sunday. It has taken a long time, over three months, mainly because of our snag list and the fact that the developers (Barrett) have been so slow to fix them. An example? Several months ago, they made a botched attempt to replace some broken tiles on our bathroom floor. The job was left unfinished and the borders were never finished off because the tiles were sitting more than 1cm from the wall. They are finally fixing that tomorrow. I’m a patient girl but it is not easy to see ugliness in your brand new home.

The Most Beautiful Puppy in the World 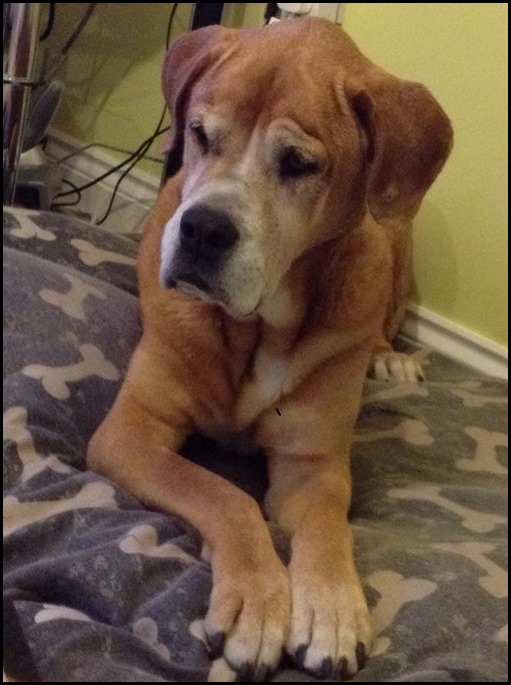 You’ll have to excuse me in this section because I’m entirely not objective. While we were in Prague, the Most Beautiful Puppy in the World became ill and had to be transported by the vet in the pet ambulance. (I mean, look at the size of her, it’s not as if my mum could have carried her to the car). She had been healthy for exactly 12.5 years but two weeks ago began vomiting a lot. Her condition deteriorated on the day we were flying back from Prague and by the time we arrived home, she had curled herself into a ball, gone to sleep and stopped breathing. We missed her. We rushed to the vet to say goodbye and it did look like she was asleep. The rational side of me is happy we said goodbye to her in such a peaceful way, the other part of me is in bits.

That’s all from me for now. I’m probably going to take a couple of days to get back on the blogging wagon so please bear with me. I have a post scheduled on the Medieval Weekend we went to at Lullingstone Castle and then will dive right in with posts on Prague and the Derelict London Tour.

I’m linking up with Angie, Jessi, Emma and Polly for the travel linkup on ‘Home’. This was a different post than the one I thought I’d be writing but after being a nomad for most of my life, I finally feel at home right where I am.

How are you doing? Tell me one amazing thing that has happened in the past month – I genuinely need cheering up.