Alone With My Camera in Barcelona 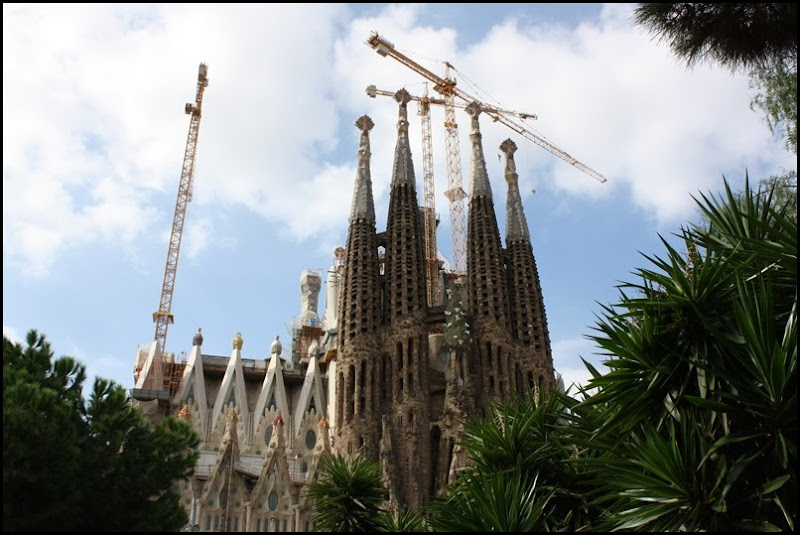 It was one of those conversations. I'm quite certain it began with the two of us communicating like adults but it had somehow become quite fraught. I began to backtrack. "Okay, Stephen, is there anything you'd like to specifically see in Barcelona?" I asked. "Well, don't you want visit Camp Nou?" he replied. Somewhat adept at this communication thing after 18 years together, I restrained myself from replying that of course I didn't want to visit a football stadium during my visit to one of the world's most architecturally and artistically important cities. I simply smiled sweetly and suggested that we part ways at Sagrada Família and that Stephen visit the hallowed grounds of FC Barcelona's football team and I'd embark on my planned 5 mile walk into the centre of the city.

And so it was that I found myself alone on the streets of Barcelona with just my camera and a map to guide my way. 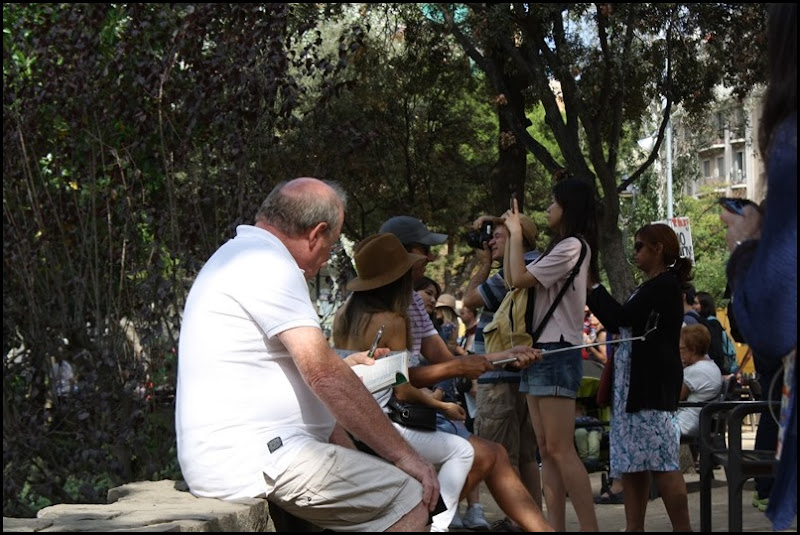 Stephen and I had walked to the Sagrada Família together and once he left, I cast my eyes around for something to catch my fancy. The crowds were interesting to a point, but dissatisfied with the sheer number of selfie-sticks and mobile phones, I started walking. 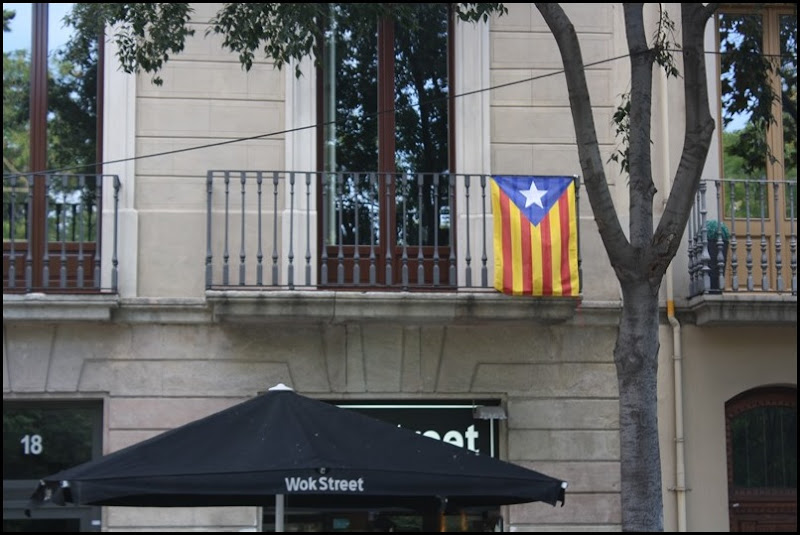 Like many cities, it took a little while to get a feel for Barcelona. The first thing I noticed was the large number of Catalan flags draped over people's balconies. I was reminded of a friend who earnestly told me the last time I was in the region that Catalunya is not Spain. It made me smile to remember that. 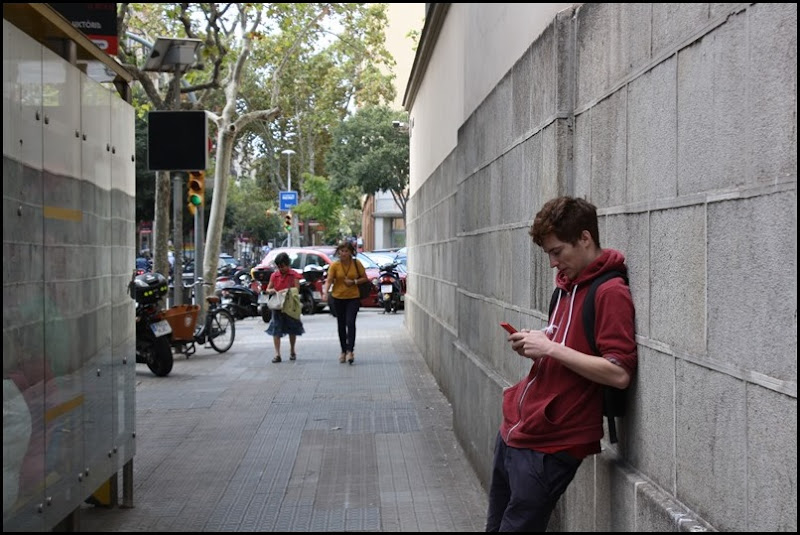 As I walked down the street I noticed this young man perched against the wall and I had to take his photo. I loved the relaxed vibe of Barcelona. 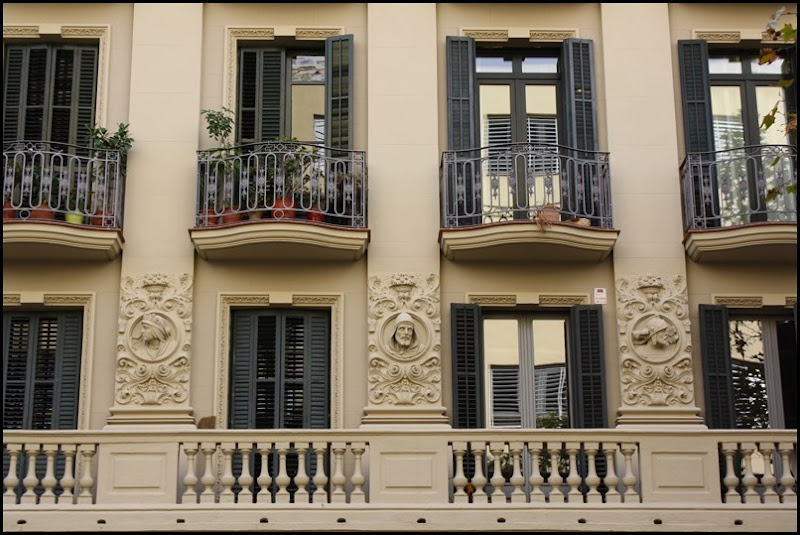 Barcelona is a very pretty city and the architecture is quite spectacular. I loved how much detail each structure had. 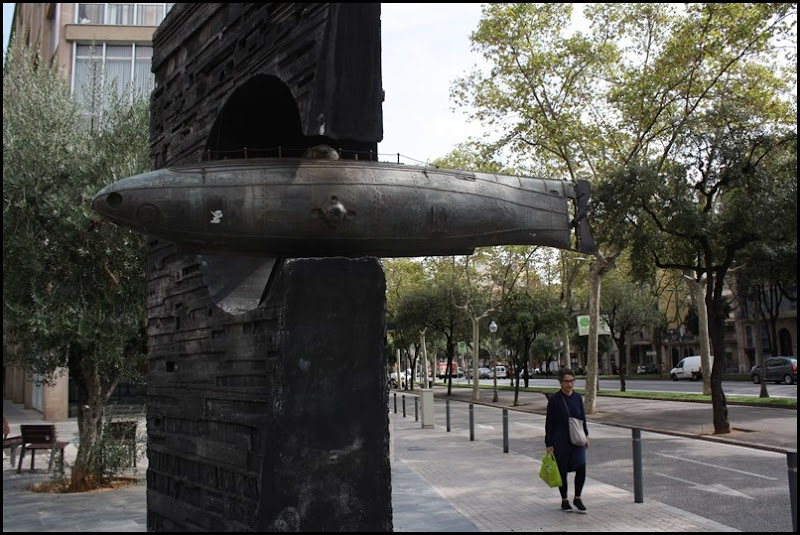 I quite liked this monument dedicated to Narcís Monturiol who invented the first combustion-engine-driven submarine in the mid 19th century. 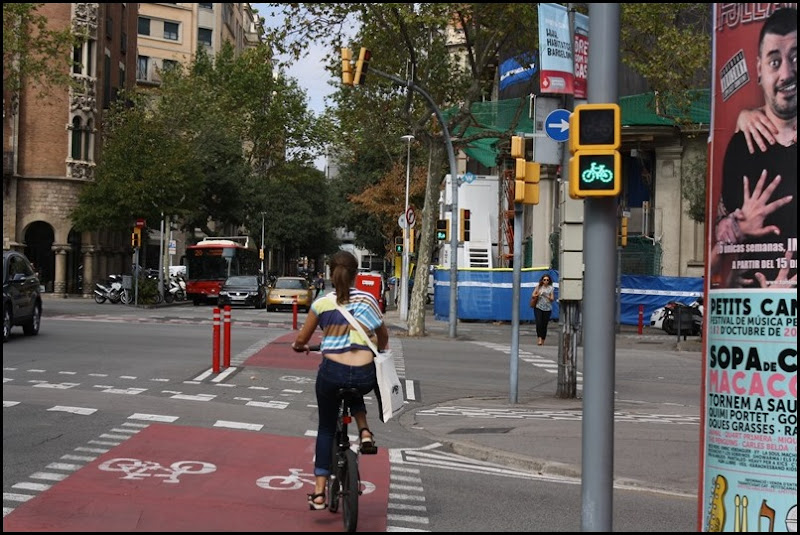 I soon learned that to cross roads in Barcelona is to take your life into your own hands. I'm happy to say that conditions seem less perilous for cyclists. 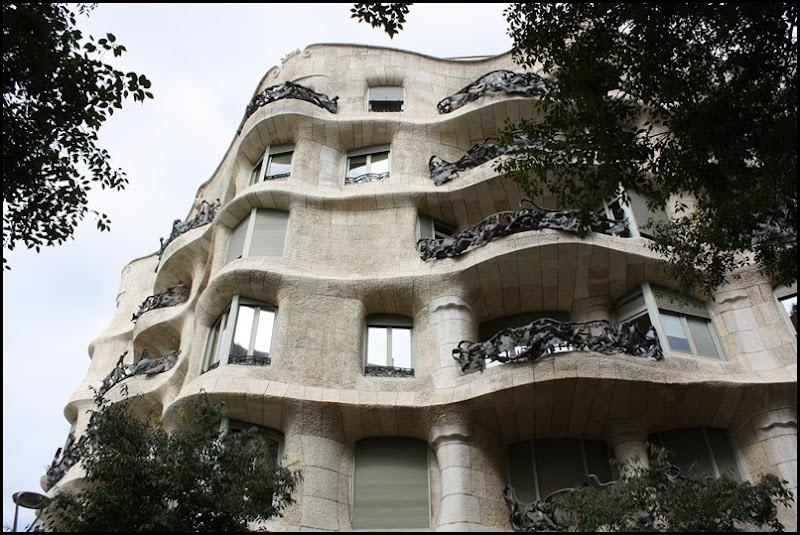 I soon arrived at Antoni Gaudí's Casa Milà, also known as La Pedrera. Completed in 1912, Gaudí designed this building for Roser Segimon and Pere Milà. The building is built around a central space, designed so that the inhabitants can speak with each other. I wanted so badly to go inside but knew that I had to press on to make my lunch time rendezvous with Le Husband. 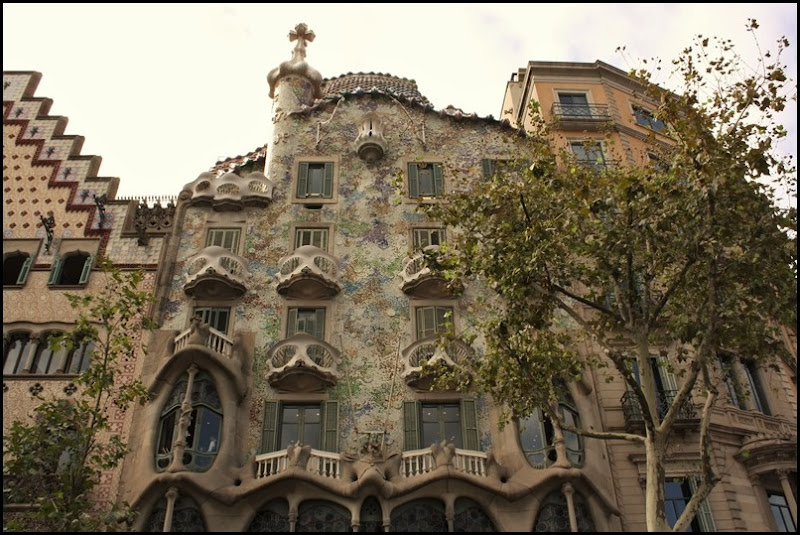 A short walk from Casa Milà was Casa Batlló, a building restored by Gaudí and Josep Maria Jujol between 1904 and 1906. 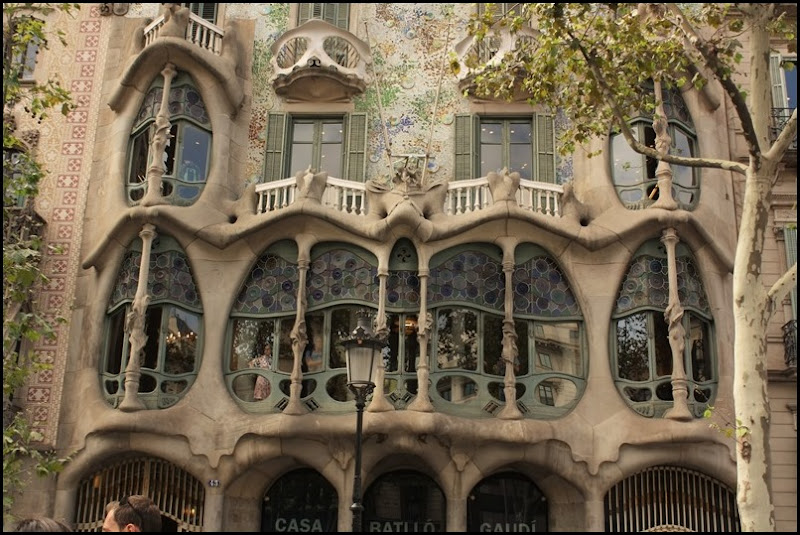 The building features Gaudí's distinctive oval Windows and reminded me, not for the first time, of Dr Seuss. 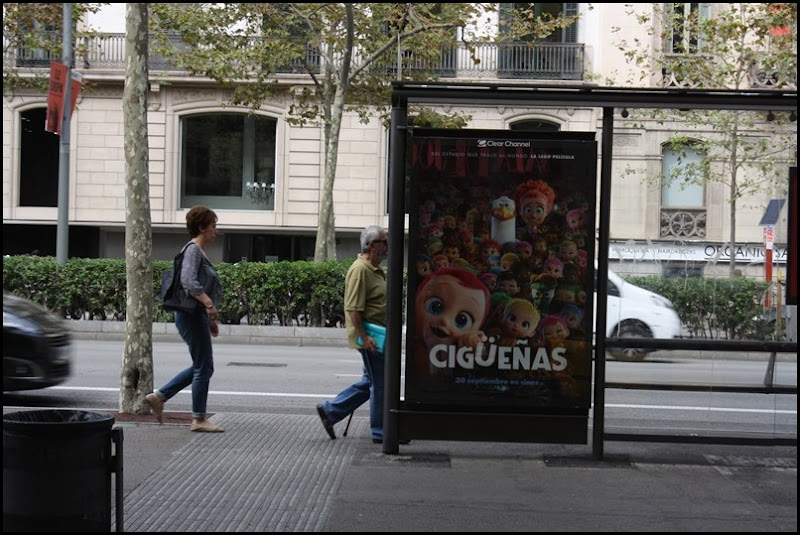 If you like people-watching and street photography, then Barcelona will certainly appeal to you. 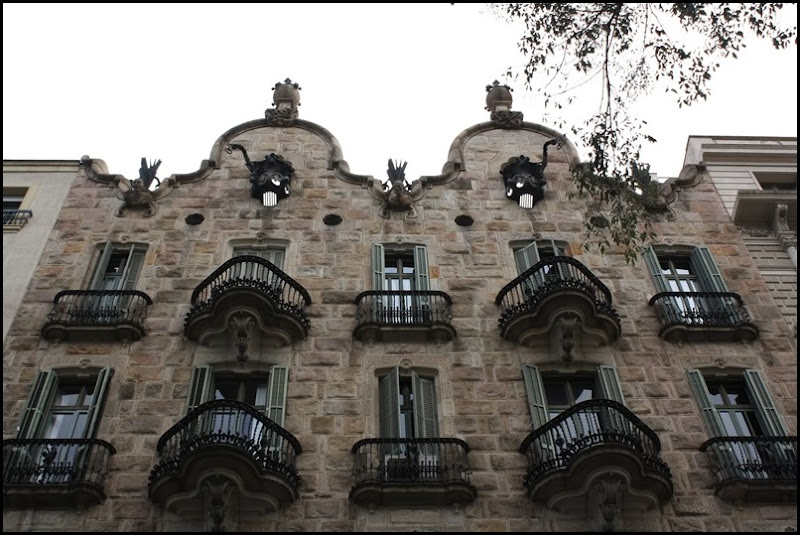 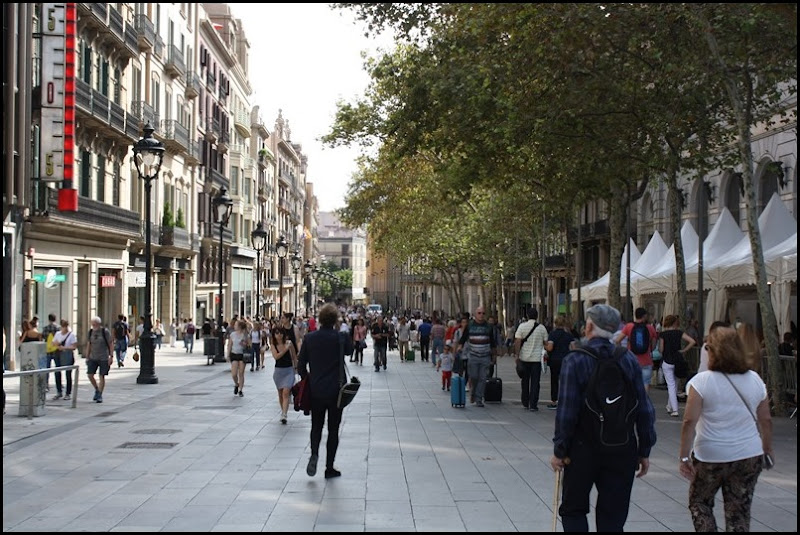 Soon enough, it was time to head off to my meeting point with Stephen. 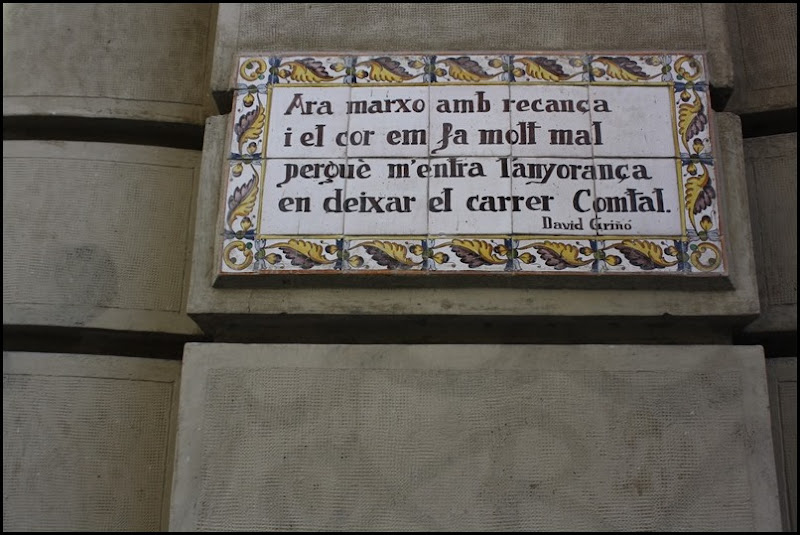 I spotted this quote upon the wall and tried my best to translate it. I think it roughly translates to "And now I leave with regret and my heart breaks because I long to leave the streets of Barcelona".  I’d love to know the proper translation! 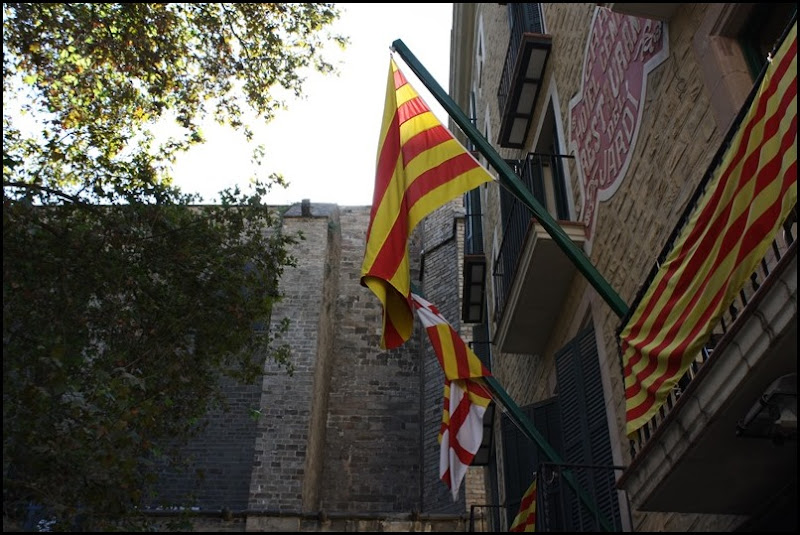 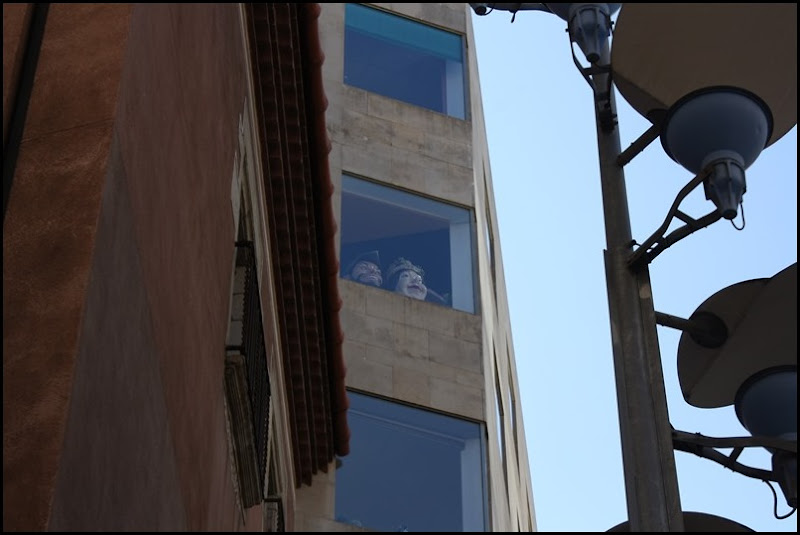 ...and some eerie puppet heads in a window. 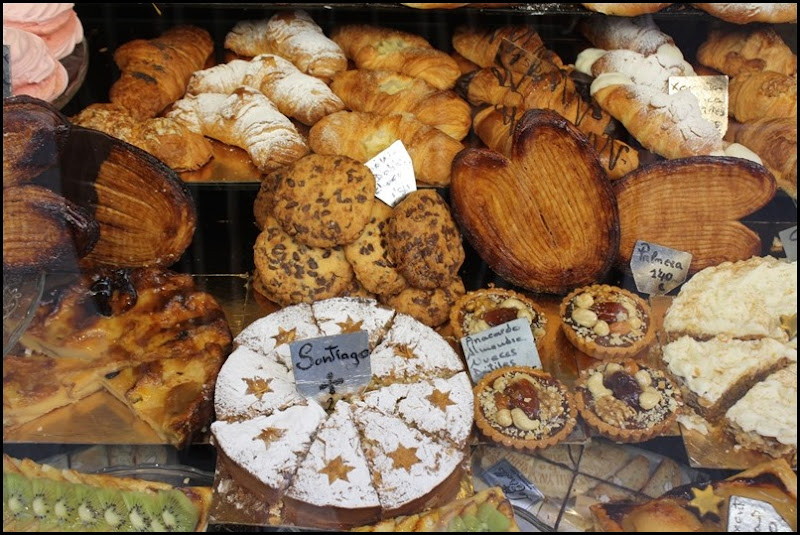 I spotted some delicious cakes in a shop window and was reminded how hungry I was. I kid, I didn't need reminding. 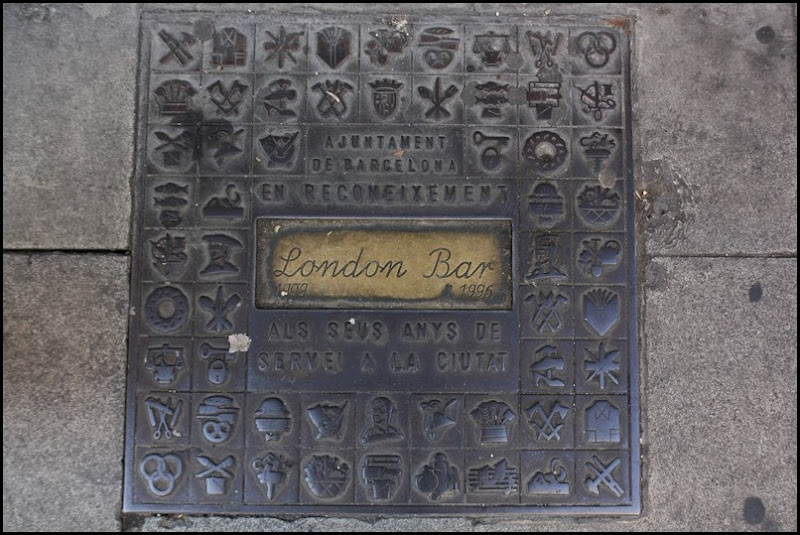 I admired this quirky manhole cover outside the London Bar... 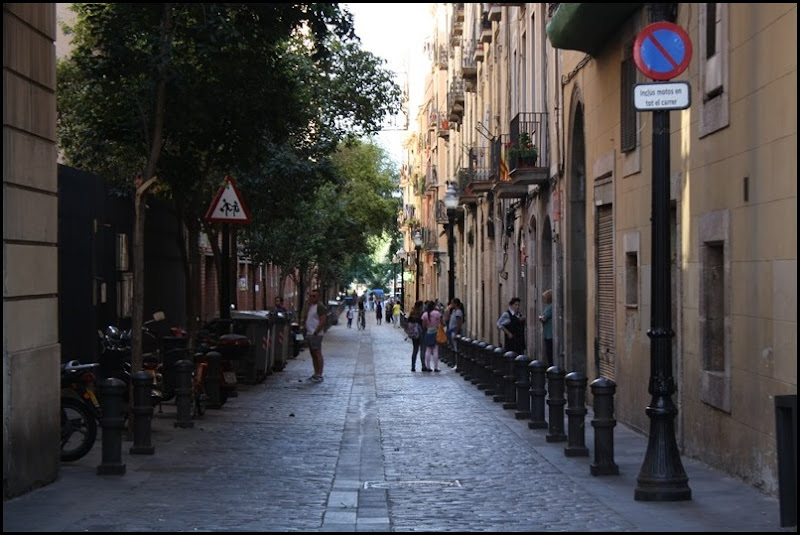 ...and peered down this tree-lined street. 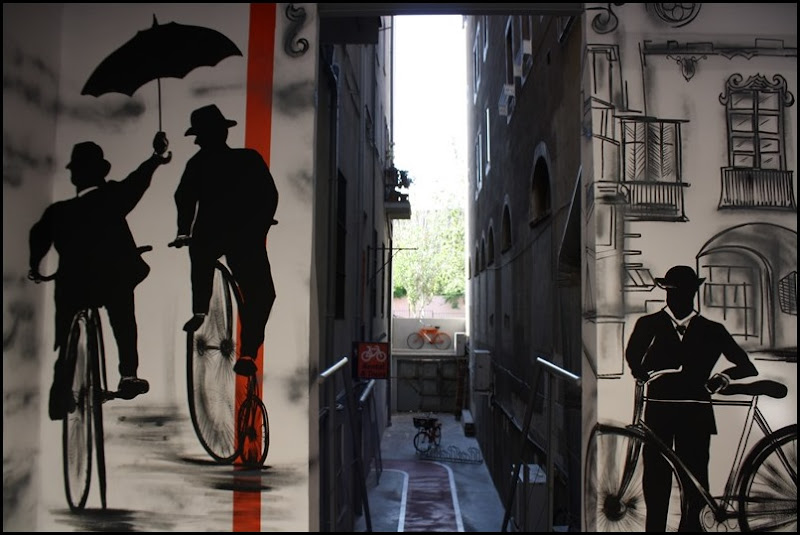 I looked longingly at this quirky bike-hire business and promised that next time I would hire a bike rather than walking myself ragged. 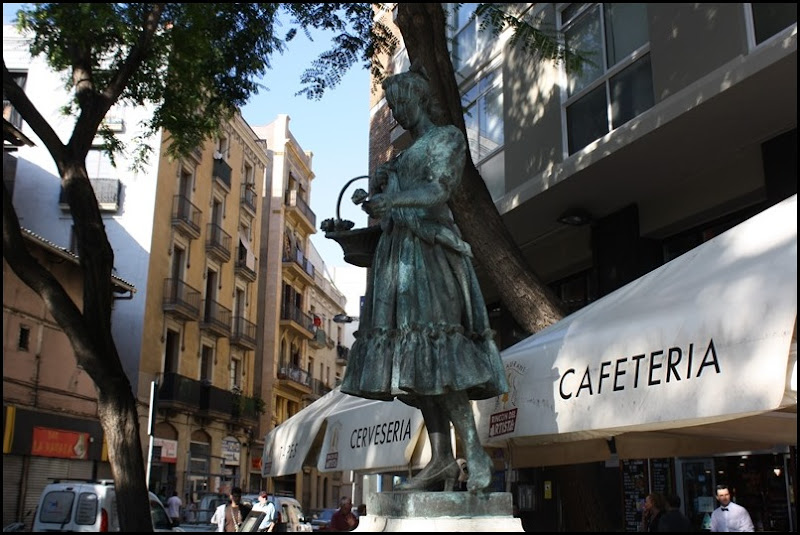 At last, Stephen and I found each other and it was time for lunch and a bit of relaxation. I must say, I rather deftly positioned this photo to avoid a rather rude shop front behind the statue. This poor girl seems doomed to overlook an adult entertainment establishment for the rest of her days.

Thank you for joining in on yet another one of my epic walks. I promise to tell you all about Palau Guëll soon. 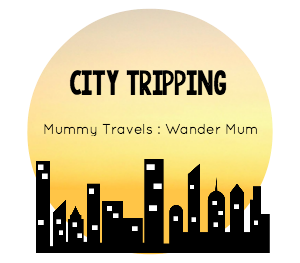