As can be expected, we got home on Wednesday evening (after travelling all day to see Ephesus) and we passed out.  We barely managed to eat dinner!

We spent the whole day on Thursday by the pool (bliss) and got ready later to go on a Turkish Night.

As we were waiting for the coach to arrive, we took in the beautiful sunset over the bay.  I don't think I have ever seen such an interesting coastline before (with my own eyes that is). 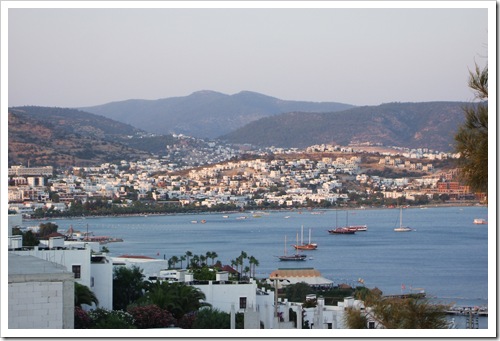 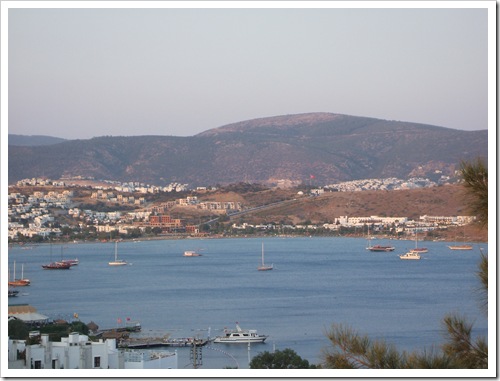 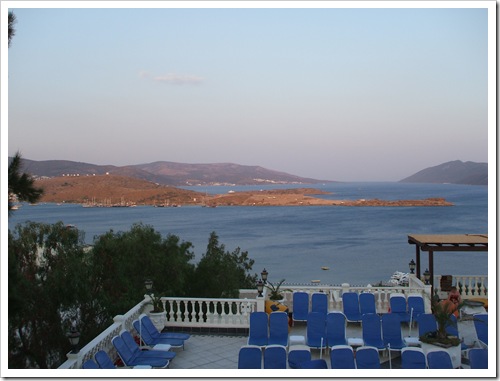 It was really lovely and even now, a couple of weeks after my holiday, it just brings a smile to my face and peace to my mind to remember it.

Onwards then to the Turkish Night.  The tour consisted of a short coach trip to a restaurant on the outskirts of Bodrum town.  All of the seating was outside and was situated in semi-circle around a central stage.  The food was a self-service buffet of all sorts of Turkish foods.  The entertainment included four dances.  Unfortunately, not many of my photos came out for the evening even though I tried to use the sports setting on my digital camera!

First, there was a traditional folk dance from a more northern or central part of the country - perhaps the Black Sea region. 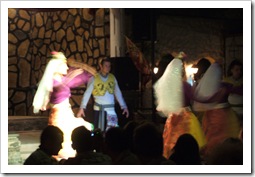 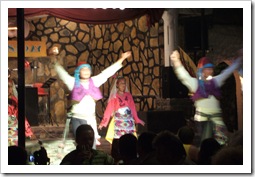 This was followed by a traditional knife dance and then a dance by a male belly dancer.  He was really excellent and he really managed to whip the whole crowd up into a frenzy. 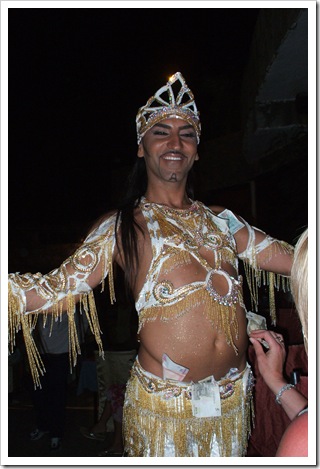 Finally, there was a traditional female belly dancer but she wasn't very good and she certainly didn't entertain like Alex.

All in all, I would have to say that the evening was a great disappointment.  For a Turkish Evening, there should have had a better master of ceremonies to explain in detail what we were eating and (most importantly) the history behind the various types of dances.   I had known of the knife dance beforehand but was none the wiser after attending the Turkish Night.  The dances were very intricate and it would have been lovely to know some of the meaning behind them.

In the end, when we went into a village the following evening, we were able to come much closer to Turkish culture and to understand more about how people eat and live.

For an amazing evening experience, I would have to say that the Arabian Night we took in Dubai in 2005 was a million times better than this.

Before I leave you thinking that we were miserable, we weren't.  We had a great time and even met a nice couple from Yorkshire to share it with.