So after planning our route for the day, we headed straight down into Mathew Street to see the club where The Beatles first played back on 21 February 1961. 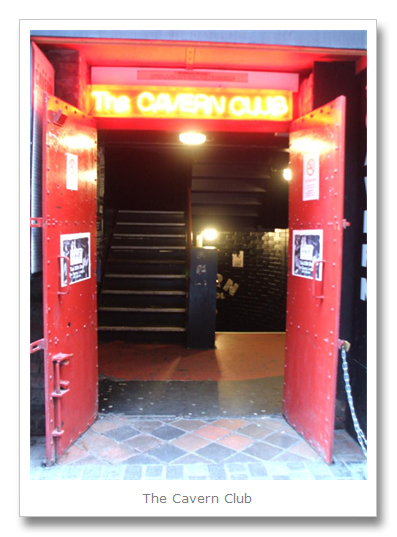 Possibly the most successful band of all time, The Beatles played 292 appearances at The Cavern Club between 1961 and 1963 and it was at the club that they were discovered by Brian Epstein. Their last appearance was on 3 August 1963, a month after they recorded "She Loves You". Brian Epstein had promised they would return one day to play at the club but then Beatlemania exploded all over England and there was no way a tiny little club like The Cavern could have accommodated them anymore. And it is tiny - heck, I don't even know if the whole of Mathew Street could have coped with the phenomenon that was The Beatles. 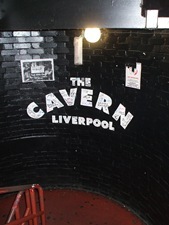 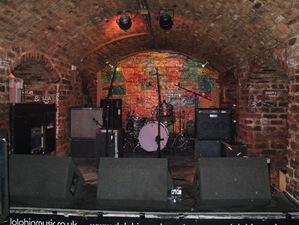 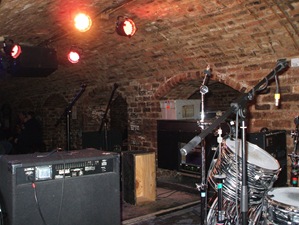 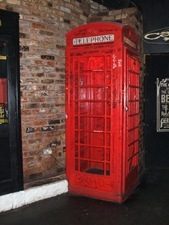 The Cavern Club today has been designed to resemble the original club as closely as possible and it still functions as a live music venue. The bar staff absolutely did not even bat an eyelid as we walked in with our cameras and took some pictures. That's okay - I've stopped for drinks there before so I know I haven't always just been a camera-wielding flash-tourist. 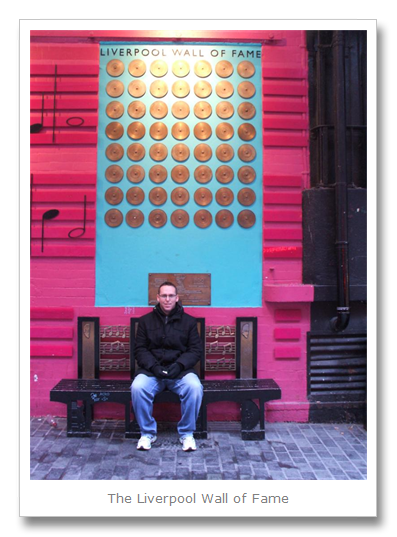 The Beatles aren't the only famous band to have played at The Cavern or to have hailed from Liverpool so I took the opportunity to snap the Wall of Fame and a nice young man that was sitting there. (That is Mister Emm for those who don't know).

The Cavern is attached to the boutique arcade, Cavern Walks. They have a Vivienne Westwood store there and they had a sale on. Unfortunately, spending £350 on a cardigan is not my idea of a bargain so we moved on swiftly. It is worth walking through Cavern Walks to get a picture of the Fab Four in action though. 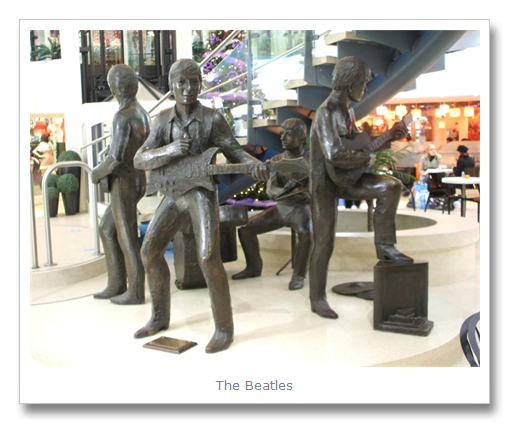 Next it was time for a visit to the pier head. Just as well as it was shaping up to be a stunning day. I'll have to update about that on the weekend though - it is definitely time for bed!