Next on our tour of Liverpool was the Pier Head. The Pier Head is definitely my favourite part of Liverpool and it has some of the best architecture in the world (once again, my fascination with old buildings comes up. It's not my fault I spent much of my working career as a property manager housed in a listed building, is it?) 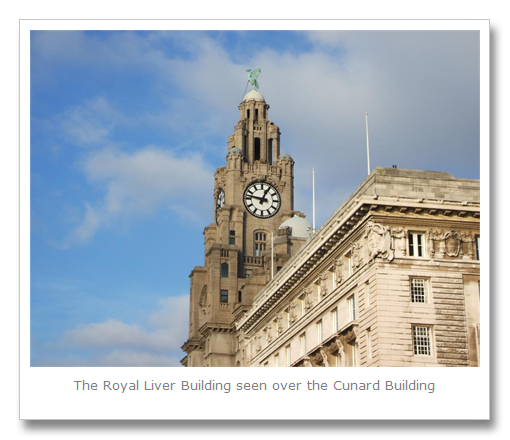 The Pier Head is a small strip of land with three magnificent old buildings facing out over the Mersey River. This is where you will catch the ferry made famous by the Gerry and the Pacemakers song, Ferry Across the Mersey. 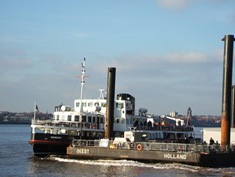 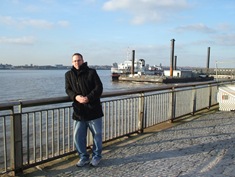 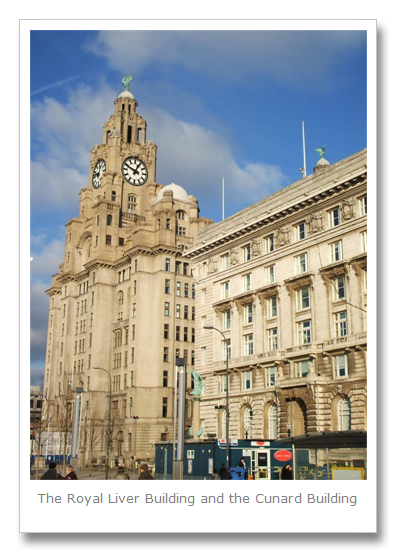 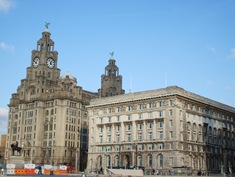 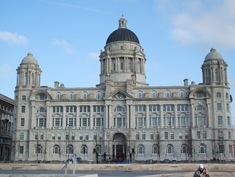 The Royal Liver Building, The Cunard Building and the magnificent Port of Liverpool Building
(click on the pictures for larger shots)

Many of you will know the Liver birds from the Liverpool Football Club crest of course. I would post a picture but that would just ruin my blog. (I'm a proud Everton supporter).

The Cunard Building was built between 1914 and 1917 as the headquarters for the Cunard Line, the shipping company that owned the Lusitania. I'll talk about the Lusitania more in my next post about our visit to the Merseyside Maritime Museum. My brother worked on the fourth floor of the Cunard Building from 2006 to 2008 when I convinced him to rather come and live in London with us. Looks like that worked out for him as he is earning twice as much now than he was in Liverpool!!! In any event, I would absolutely love to work in an old building like the Cunard Building and I think he is very fortunate. He says they often popped over to the Royal Liver Building for lunch in one of the restaurants. Can you imagine that?

The Port of Liverpool Building was built between 1903 and 1907 and was designed by Sir Arnold Thornley following an architectural competition in 1901. It is an absolutely exquisite building with the most intricate details and finishings. Actually, after reading the details about it on the Liverpool World Heritage website, I now know that I have to go inside the building if I truly want to appreciate it.

During the Blitz in 1941, a bomb exploded in the basement of the Port of Liverpool Building. The cost of the restoration project that began after the war far exceeded the original cost of constructing the building! 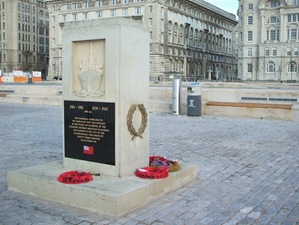 Liverpool was so badly affected in the Blitz of World War II and these memorials to sailors from the Merchant Navy are also located on the Pier Head. 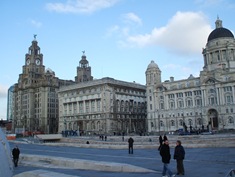 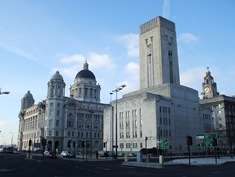 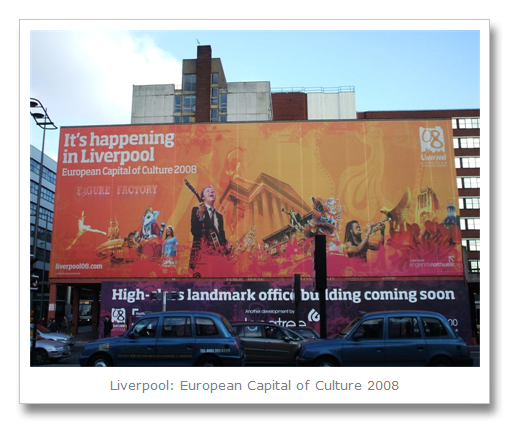 Finally we tear ourselves away from the old Pier Head and walk on up to the Albert Dock. On the way we are reminded of just how much this magical city has to offer.