Archive: Granada and the Alhambra Palace, 2002

By the time we got to the Spanish leg of our honeymoon, we had already spent a week in Liverpool and we had a second reception there for my Dad and step-Mum and all my English family and friends. It was great having two receptions! The pictures I took of Liverpool were eerily similar to those that I took in December last year so I won't bore you with those. Instead, I'll jump straight into the photos I do have of Spain.

Just in case you've ever wondered, the rain in Spain falls mainly on wherever Mandy and Stephen are during their honeymoon.  It rained the entire week we were in Spain and we both got horrible colds that we took back to London with us!

We honeymooned in a place called Fuengirola which is on the Costa del Sol in Spain.  On our third day there, we took a tour up to Granada and the Alhambra Palace. 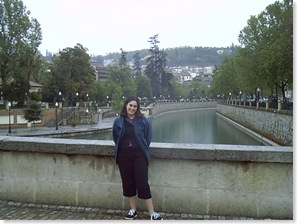 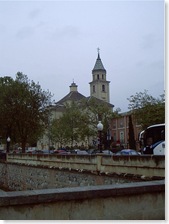 May I recommend that before you go to a foreign country, you learn the very basics of the local language? We spent over a hour in the beautiful little town of Granada on our way to the Alhambra Palace but unfortunately, we did not know the Spanish word for "bathroom" and so we spent most of that time trying to locate a phrasebook.  No, jumping up and down and looking desperate is not a universal sign, apparently, and incidentally, the Spanish word is servicio in that part of the world.  We spent the remaining time looking to buy an umbrella on account of the aforementioned rain.

The Alhambra Palace is one of the most amazing, beautiful things I have ever seen in my life and it is only fitting that we visited on our honeymoon.  It was very romantic.

(As always, click on the links for bigger pictures).

The Alhambra is surrounded by beautiful, manicured gardens. 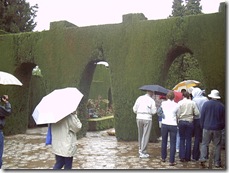 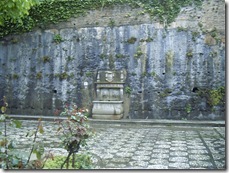 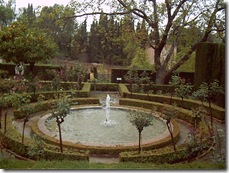 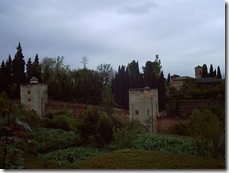 You can immediately see the Moorish influence in the tiles.  Moorish architecture has always been my favourite type of architecture and I absolutely loved Spain because of it. 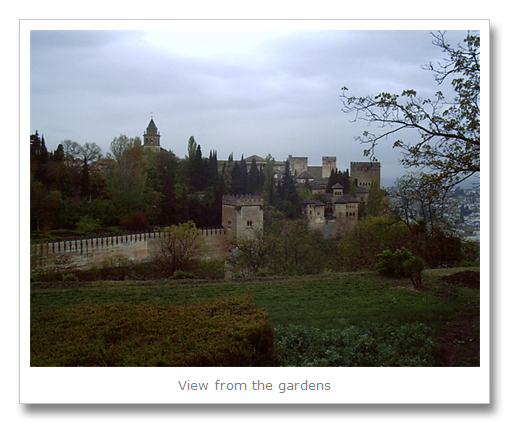 That is the Alhambra Palace.  It is hard to believe that is one structure because it looks like a small village!

The most outstanding items in Moorish architecture are the use of arches and tiles and the fine detail. 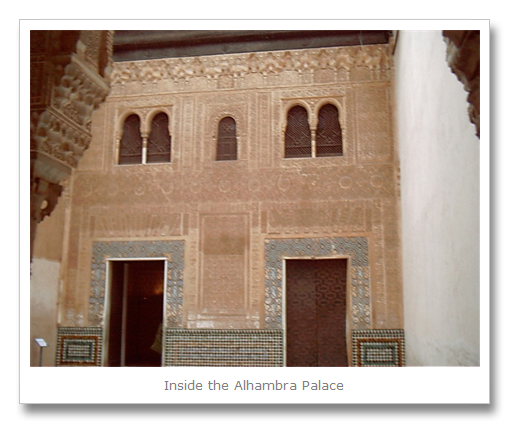 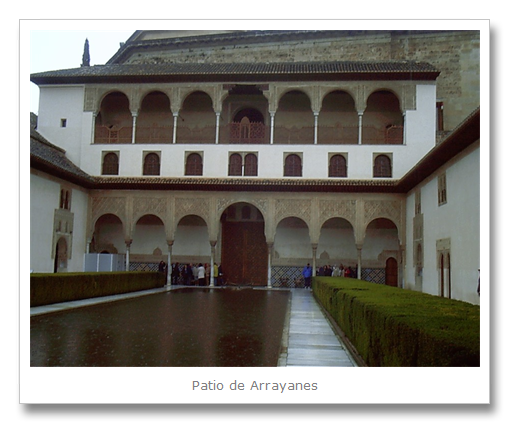 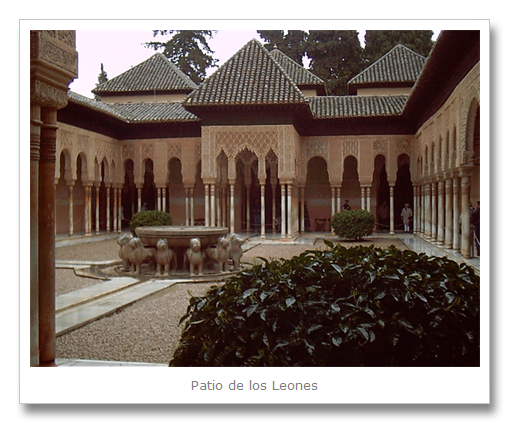 In Islamic art, you are not allowed to depict animals and so the Court of the Lions is unique.  When we were there, we were told the statues were going to be removed but I believe they still stand today. 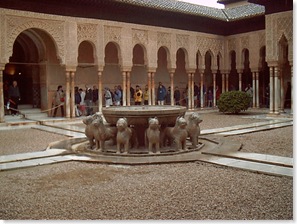 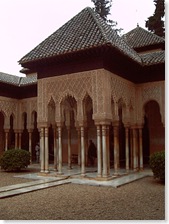 I took hundreds of pictures that day but unfortunately, it was seven years ago and my digital photography skills were not very good and so many pictures came out blurred or too dark. 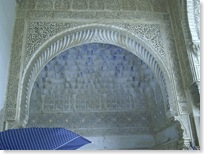 I would definitely like to go back one day when it is warmer, sunnier and lighter.  If I do ever visit Spain again, I won't hesitate to stop by the Alhambra.  Still, I may not have been able to capture the beauty of the stunning Alhambra Palace with my camera but my eyes saw such amazing things that day. 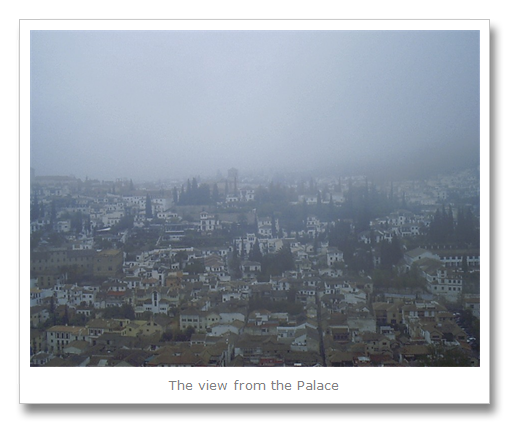