If you’ve been following this blog for a while, you may have noticed back when we went to York that I love churches and old architecture (actually, I love all architecture).  When my friend’s husband insisted that he wanted to visit inside Canterbury Cathedral, I was definitely keen to join him. 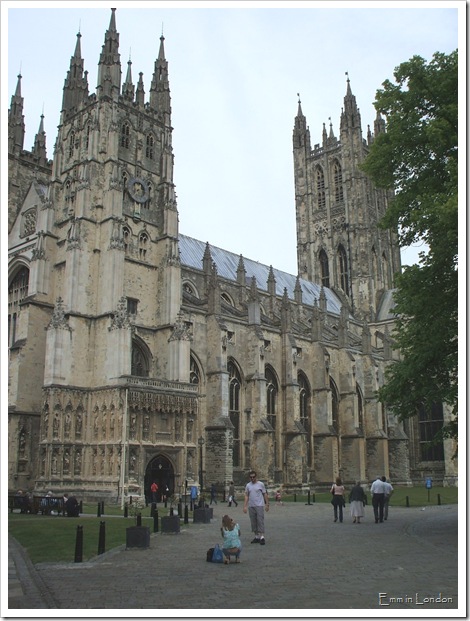 The first cathedral was established by St Augustine when he arrived in Kent in 597.  (The name ‘Canterbury’ is derived from an old English word meaning ‘Kent people’s stronghold’).  It was rebuilt by Archbishop Lanfranc between 1070 and 1077.

As usual with these magnificent old buildings, there is amazing and intricate detail in the stone work. 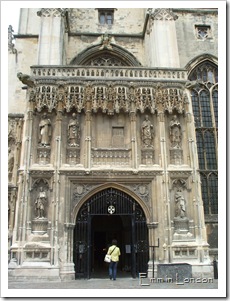 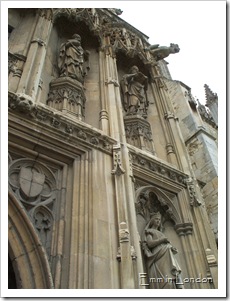 The first part of the cathedral that you walk into is called the ‘nave’.  A nave is a central approach to the high alter in a cathedral and it is a big hall-like room.  It was absolutely breathtaking, too.  The Lanfranc nave was demolished and rebuilt as seen today between 1377 and 1405.  It is perhaps the finest surviving example of English Perpendicular Gothic architecture. 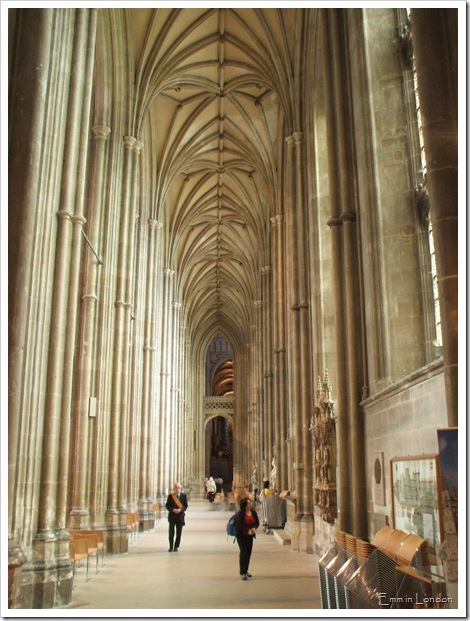 Please click on any of the photos for full sized versions. 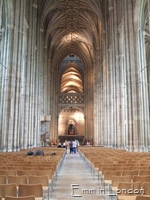 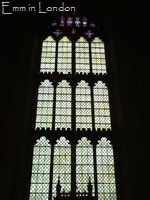 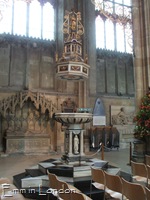 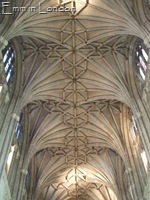 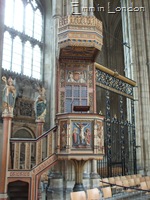 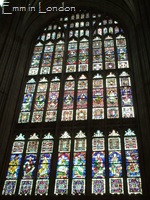 There was a memorial to lost knights and soldiers at the back of the nave which was interesting because it had so many ancient flags from past conflicts. 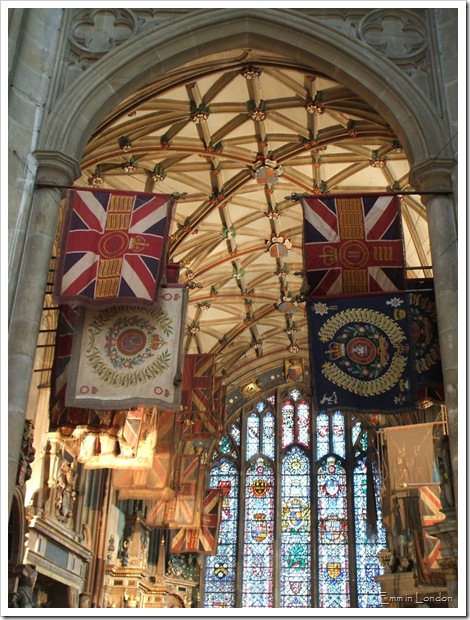 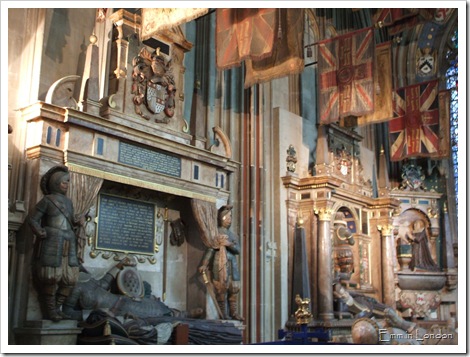 The statues represented the various knights and it gave quite an impression of England’s long and bloody history.

Between 1098 and 1130, the ‘quire’ was built over the crypt.  There is some ambiguity as to what a quire (or choir) actually is but it seems to have started off as the part of the church where the clergy sat and these days often includes the area where the singers are.  We couldn’t go into the quire as an evensong service had started so we went into the crypt.

The crypt in Canterbury Cathedral is a quiet place where the treasury and the Jesus Chapel are located.  The style of architecture in the crypt is Romanesque. 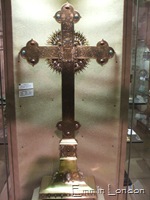 I have to own up and say that you are not meant to take photographs down there but I took a few without flash where I was quite sure it wouldn’t cause further erosion.

We all found the treasury to be a bit creepy.  It is one thing seeing the ostentatious wealth of the monarchy in the Tower of London but these bejewelled, solid gold crosses, staffs and bowls belonged to the church and that was eerie to see.

I made me wonder about how different the world would be today if separation between church and state had not occurred. 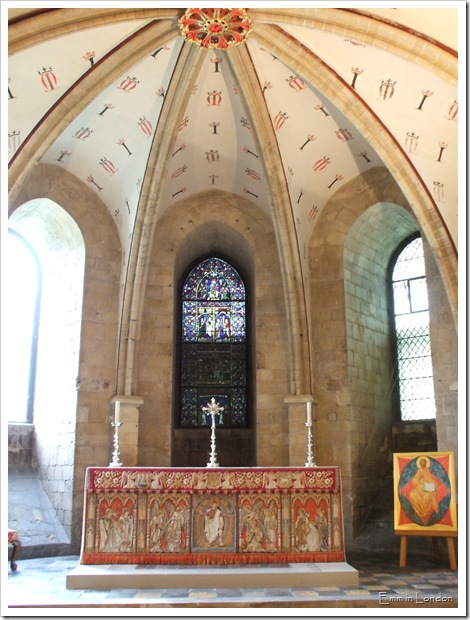 Despite being underground, there was a lovely, natural light flowing into the Jesus Chapel.  We were very amused to discover some 260-year-old graffiti.  Street artists, let that be a lesson!  If you are going to do it, make it worthwhile for people to see in three centuries time! 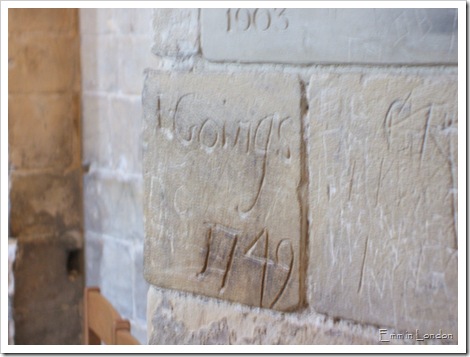 After a long afternoon of walking about Canterbury and the cathedral, I sat down in the nave and listened to the evensong.  I do not subscribe to any religion in particular but I found it to be such a beautiful experience.  I have uploaded a brief video of what I could hear at YouTube.  My feet were killing me by then (and I wasn’t able to wear proper shoes again today). 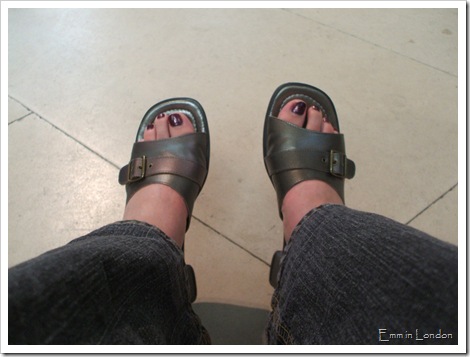 Before we left, the three of us sat in the nave a little longer.  I looked up towards the area above the alter and wondered who might have appeared in those windows in the past.  It looked dark up there – do people still pass along those passages? 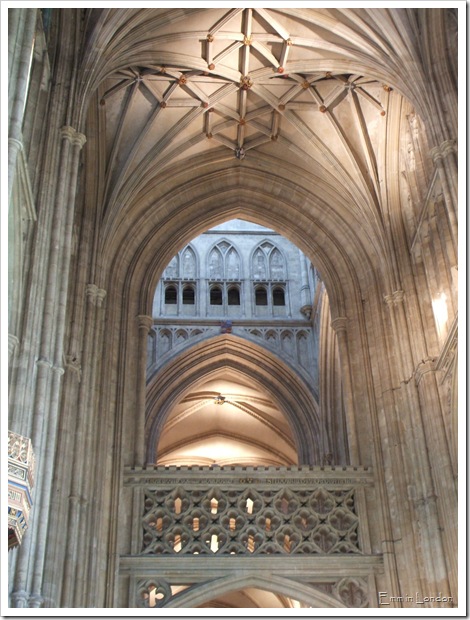 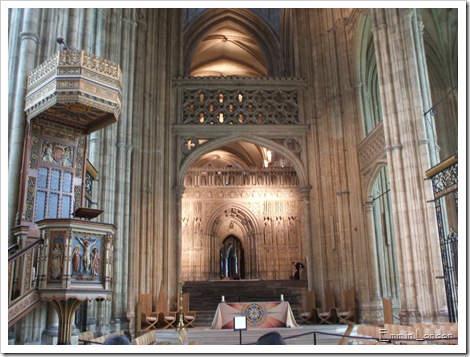 After one last vision of beauty and the architectural and design wonders of ages past, it was time to leave as Stephen had begun to wonder where we were. 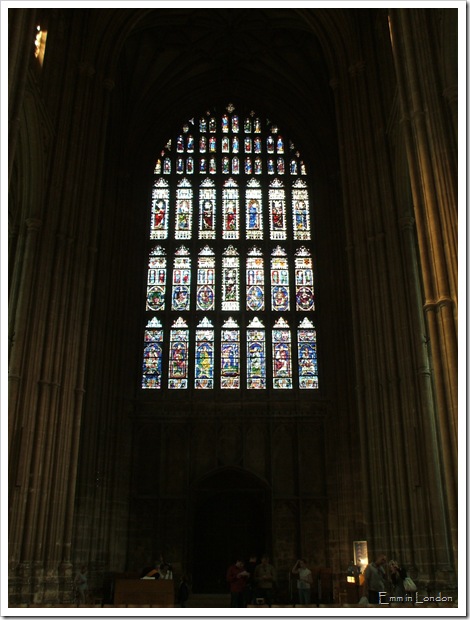