Once I had finished my tour of the Statue of Liberty and Ellis Island, I took the free Downtown Connection from Battery Park to Wall Street. 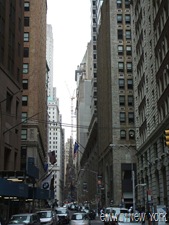 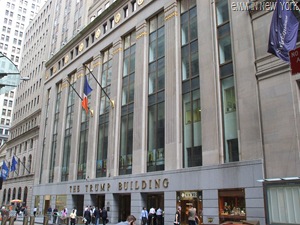 Wall Street runs through the heart of the Financial District in Lower Manhattan.  I expected more flash and evidence of the grinding wheels of capitalism but Wall Street is a rather ordinary looking street.

On the other hand, The New York Stock Exchange is anything but ordinary looking.  Majestic was the word that came to mind! 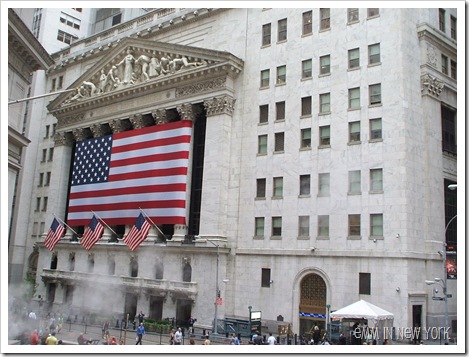 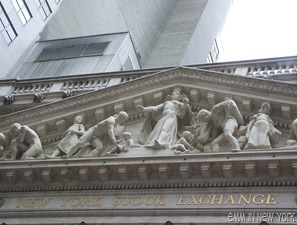 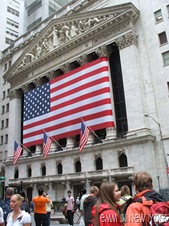 This was such a big, grand building and I just couldn’t manage to fit the whole building in the frame!  I loved the detail on the building and would have loved to have gone inside but apparently they don’t allow members of the public anymore. 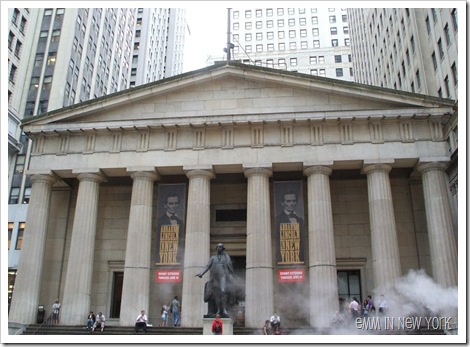 Across the road from the New York Stock Exchange is the Federal Hall National Memorial.  The Federal Hall was the first Capitol of the USA and the Bill of Rights was passed there.  It is free to get into the Memorial and they are open weekdays from 9am to 5pm.  Unfortunately, I didn’t realise the significance of the building at the time and didn’t go inside.  I will have to go back there one day!

From Wall Street, I took a walk up to the historic South Street Seaport District.  This is the most exquisite and old area where the streets have cobblestones and the area has been around since the 17th century.  Some of the restored buildings are from the 18th and 19th century! 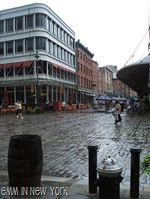 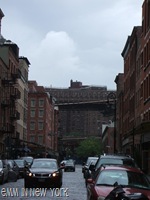 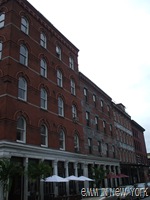 You can visit the South Street Seaport Museum for $10 and it looks really worth it but I was a little wet (see the rain in the photo above) and a little hungry so I got on the subway and went to Brooklyn. 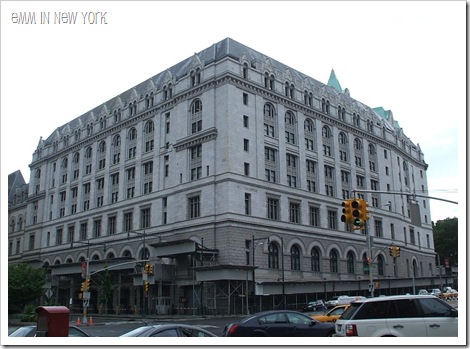 My immediate impression of Brooklyn is that there is a lot more open space and room to move than Manhattan.  Manhattan is exhilarating and exciting but I imagine a lot of people might prefer the space in Brooklyn. 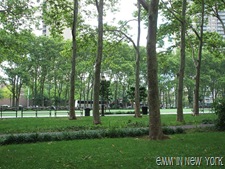 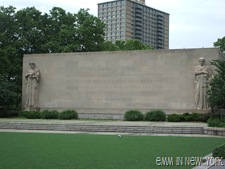 The inscription on the Brooklyn War Memorial reads:

This memorial is dedicated
to the heroic men and women of the Borough of Brooklyn
who fought for liberty in the Second World War 1941-1945
and especially those who suffered and died.
May their sacrifice inspire future generations
and lead to universal peace.

Eventually, I found my way to Grimaldi's Pizzeria under the Brooklyn Bridge where you can find the best pizza on Earth in New York according to Zagat. 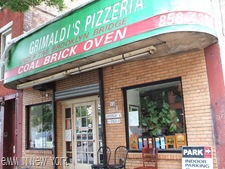 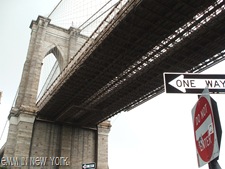 Grimaldi's Pizzeria under the Brooklyn Bridge

I had an anchovy, capers and black olive pizza.  A word to the wise, the pizzas are huge, you can’t ask for slices and they are moderately pricey so I would absolutely recommend going to the pizzeria in a group so that you can share.  They don’t accept credit cards either so make sure you have cash.  But yes, the pizza that was Frank Sinatra’s favourite was indeed absolutely amazing and the homeless man I gave my leftovers to called me an angel from heaven when I told him it was Grimaldi’s pizza.

Unfortunately, it was absolutely pouring with rain when I got out of the pizzeria and I got soaked through! 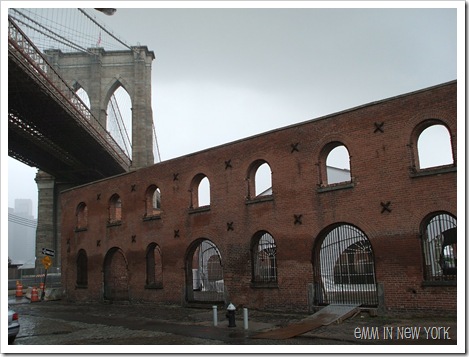 The Brooklyn Bridge and the Tobacco Warehouse

I stood in a door way for a while willing myself to find a way up to the top of the bridge.  This particular area of Brooklyn is known as “Down Under the Manhattan Bridge Underpass” or DUMBO for short and if you’d like to learn more about this historic and beautiful area, visit the Dumbo, NYC blog. 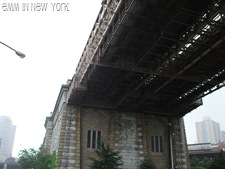 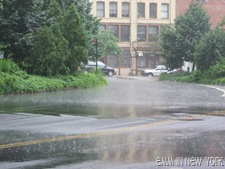 I left the shelter of the doorway and then a kind man let me stand in his parking garage for quite some time as the rain came pounding down.  I eventually left the garage with the intention of finding the steps up to the top of the bridge but then just asked for directions to the subway and decided to make my way to my evening’s destination.  I was too wet and bedraggled by that stage to do much else!

I still  can’t quite believe that I went all the way to New York and to Brooklyn and that I didn’t walk back along the Brooklyn Bridge.

I definitely have to visit this city again and my husband recently said that the first thing we would do when he got his British passport would be to visit New York! Could it be that I’ll be writing posts about our visit at Christmas 2010?  I hope so.