I got up bright and early on the Wednesday morning and made my way down to Battery Park.  Despite my tired and jetlagged state, I still managed to notice how pretty it is down there. 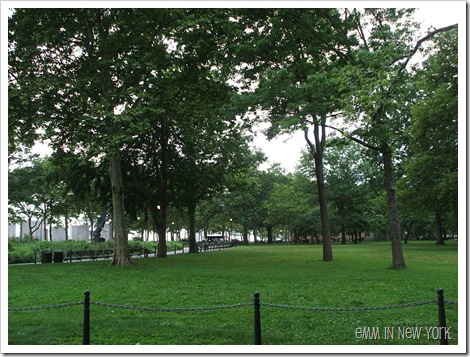 I got onto one of the first ferries of the day and we set off for Liberty Island. 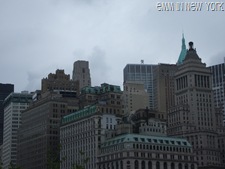 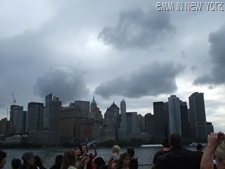 As you can see, it was a lovely sunny day with clear blue skies.  Not.  I’d been pretty upbeat about the cloudy skies up to that point but was really wishing for some sunshine!  Thankfully, the clouds began to part as I got onto Liberty Island and I decided to take a self-portrait of sorts. 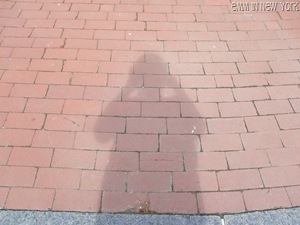 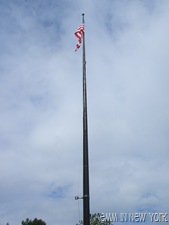 You enter Liberty Island to the back of the Statue of Liberty.  On my way around to the front, I came across this interesting set of statuettes of people that were of importance to the Statue in some way. 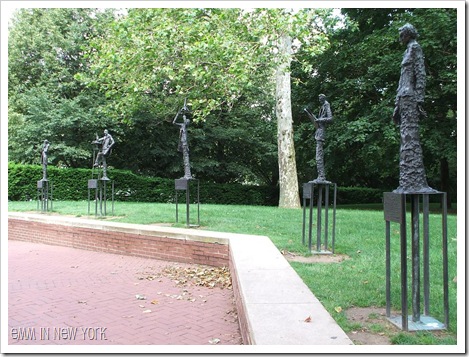 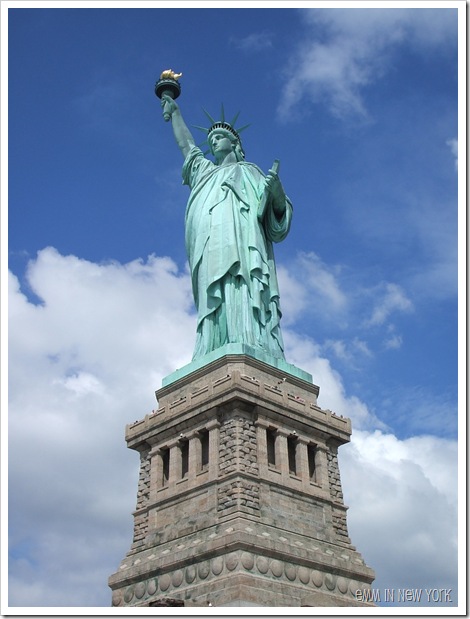 As I walked around to the front of the statue, the clouds parted and there was a burst of sunshine.  I was so pleased!  It didn’t last long but I was happy with the photos I got. 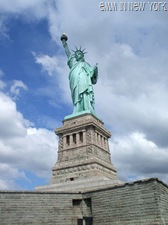 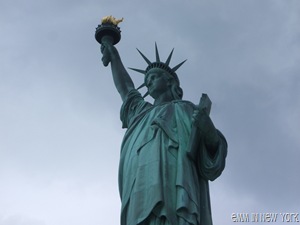 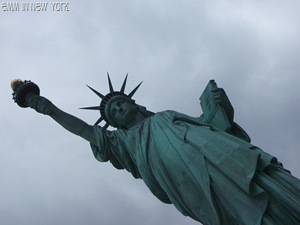 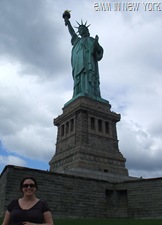 I learned quite a few interesting points about the Statue.  She is made of copper and weathering has turned her the green colour she is today.  There are 310 pieces of shaped copper that make up her body and the copper sheets are only as thin as two pennies.  Her torch represents enlightenment and the notion that law and reason develop through scholarly pursuits in democratic society.

The seven spikes on her crown represent the seven continents and she gazes towards the old world, the world of emperors and kings.  The inscription on her tablet reads “July IV, MDCCLXXVI” which is the date the declaration of independence was signed (July 4th, 1776).

The cloak of the statue was meant to bring to mind the Roman goddess of liberty, Libertas.  Her feet are actually stepping forwards as if she might step off the pedestal.  This is to represent the idea of progress, moving forward, breaking the shackles.  Finally, her facial features show strength and determination.  Shoo!  I will never take the Statue for granted again!  This is such a rich source of idealism and symbolism – it really is amazing!

I then hopped onto the ferry again and went off to Ellis Island. 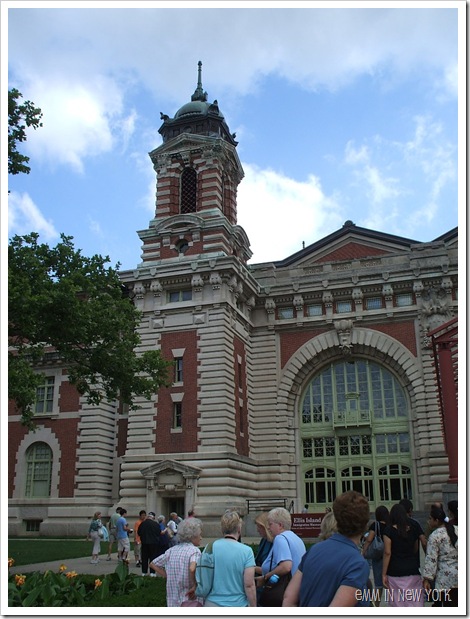 I spent a long time going through the full exhibition at Ellis Island, reading up on the immigrants’ experiences and the psychological and physical tests that they would have taken. 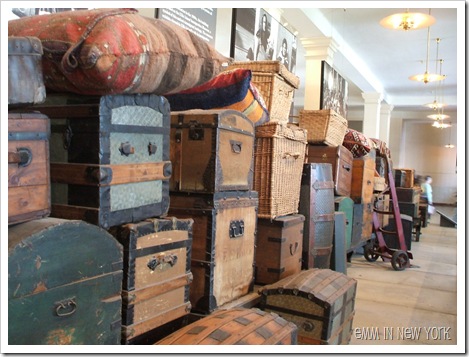 As I walked up the stairs and into the Registry Room, I was quite awed and almost had tears in my eyes.  It was a strangely touching experience which was greatly enhanced by taking the audio tour that came free with my CityPass ticket.  By the way, if you ever have the opportunity, I’d always recommend taking audio tours.  You don’t have to listen to them if they are bad but they are often really informative. 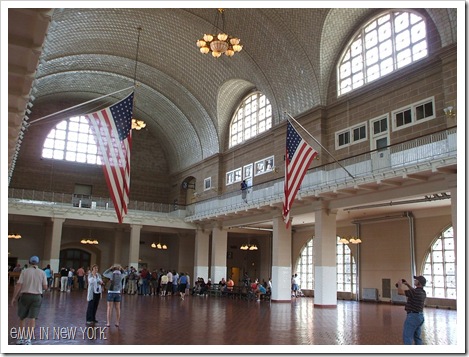 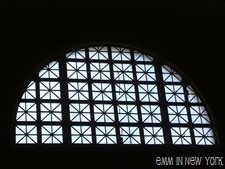 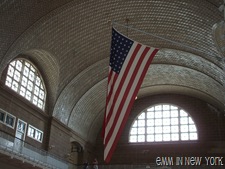 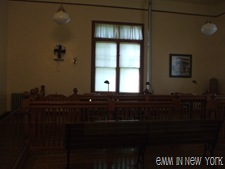 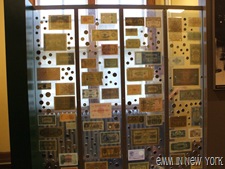 All told, the exhibition at Ellis Island is fantastic with loads of artefacts and pieces of real New York history.  They stopped using Ellis Island as the main facility for immigrants entering the US in 1954 but visiting Ellis Island makes it all seem so real. Don’t be tempted to miss it out!