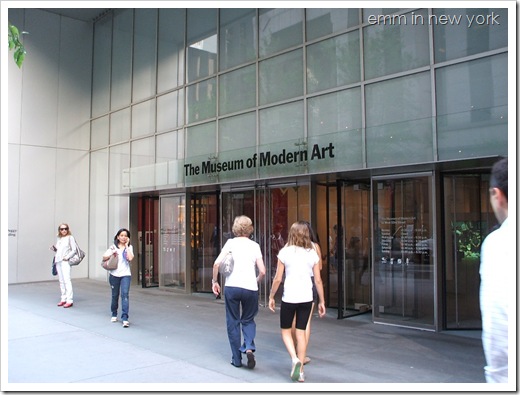 I have always found a strange connection to abstract art or perhaps that should be “lack of connection”?  I love everything to do with the Sixties too and in my mind that extends from the Doors to Velvet Underground to Andy Warhol to Pop Art.  I love Pop Art and was in raptures the first time I visited the Tate Liverpool and saw Warhol’s Marilyns.  My absolute favourite has to be surrealism though and Dali’s works have been my favourite for many, many years.  On to the art then… (click the photos for larger images). 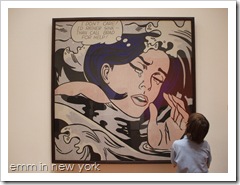 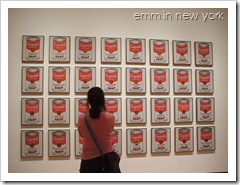 Even as I try to diligently type up this blog post, I find myself staring at the Drowning Girl.  I really love this piece! 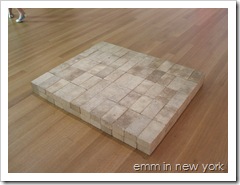 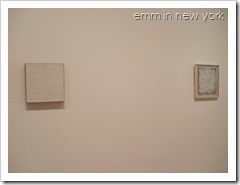 I swear, I am not trying to insult anyone’s intelligence by including Equivalent V!  I studied the Philosophy of Art module as part of my Philosophy II course at university and I had to write an essay on whether or not this was a work of art.  Given the excruciating pain of writing that paper, I just had to pay homage to the actual piece itself.  The Robert Ryman pieces also take me back to my philosophy days and those never ending arguments about nothing being real and whether art is more than the sum of its materials.

Once I had done my time in the abstract department, I turned the corner and fell in love… 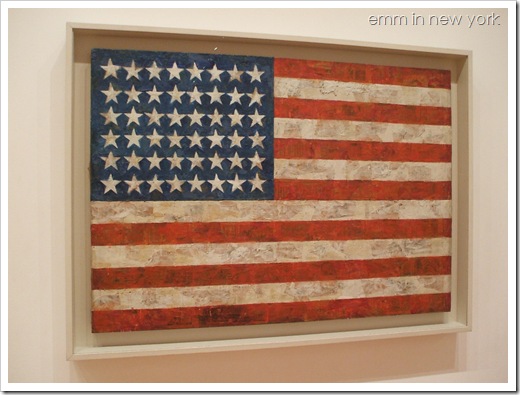 “While this image is something "the mind already knows," Johns acknowledged, its execution complicates the representation and invites close inspection”.

It should be no surprise that I fell in love with this piece.  I knew of it of course but seeing it during my crazy week in New York, while I was falling in love with a city and a country, put it in a whole different perspective for me.  In any event, no photograph could adequately convey the texture and surface of Flag as it is made with strips of newspaper dating from 1955 and 1956.  It was a sight to behold! 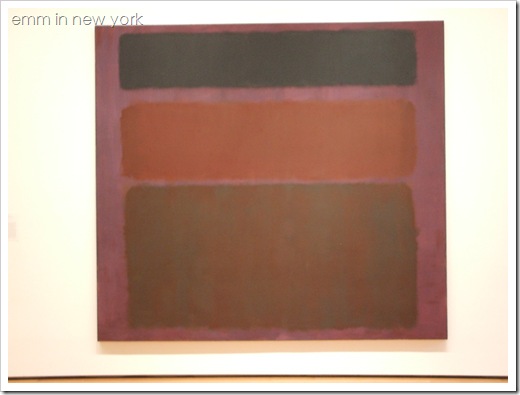 "We favor the simple expression of the complex thought. We are for the large shape because it has the impact of the unequivocal. We wish to reassert the picture plane. We are for flat forms because they destroy illusion and reveal truth." – Rothko and Gottlieb, manifesto reaction to New York Times, 1942 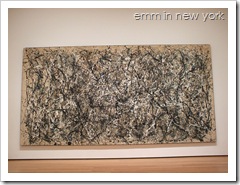 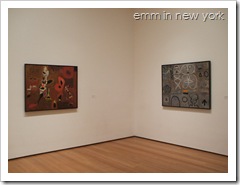 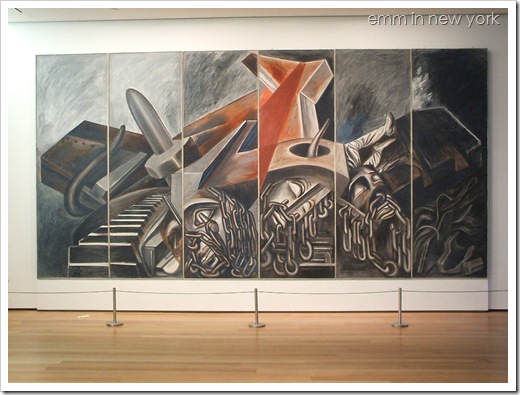 This was my biggest surprise of the day because of the sheer size of it and what it depicted.  Commissioned by the museum, Orozco painted it in front of the viewing public and claimed that it had no political significance.

“I simply paint the life that is going on at the present—what we are and what the world is at this moment. That is what modern art is.” - Orozco

Dive Bomber and Tank consists of six panels which are intended to be arranged in any order and its overall size is a whopping 9 by 18 feet (2.75 by 5.5 metres in English!)

If I was impressed by what I had seen so far, it was nothing compared to my glee on reaching the upper level.

Painting and Sculpture I 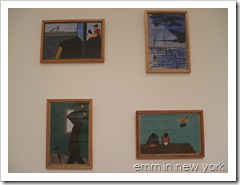 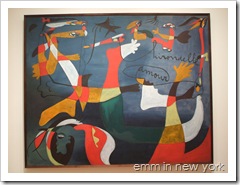 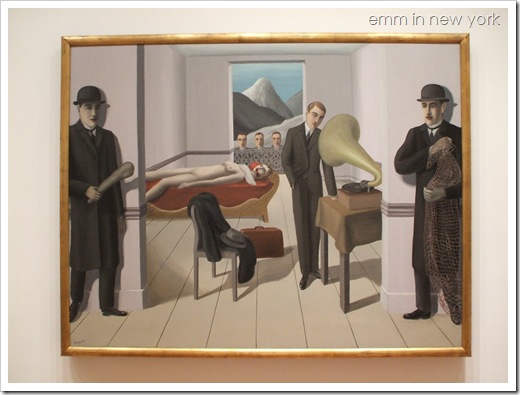 "I immediately like this upper section more. The paintings remind me of Orwell, then Kafka and Sartre.  Magritte’s paintings in particular are… soothing.  They make me want to escape into an absurd Sartrean novel”. 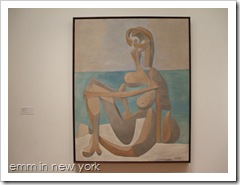 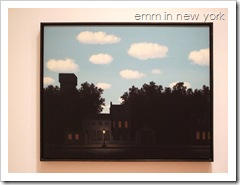 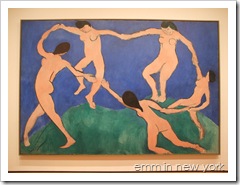 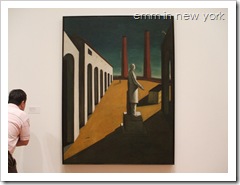 I'm sure they've used The Enigma of Day on the cover of an edition of Philip Pullman’s Subtle Knife before because that is precisely how I expected that alternative world to look. 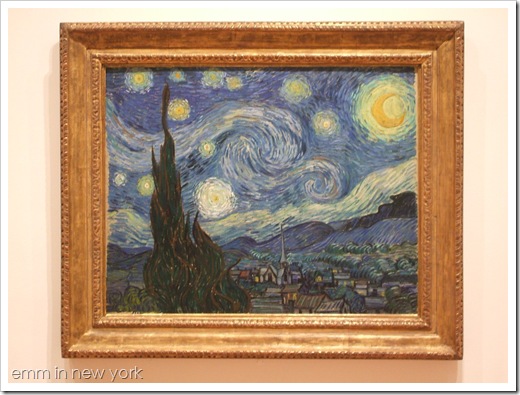 Seeing The Starry Night in person was an absolutely amazing experience.  I stood really close to it for the longest time and just traced the brush strokes and whirls with my eyes.  It is a fabulous work of art. 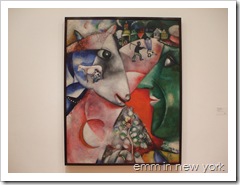 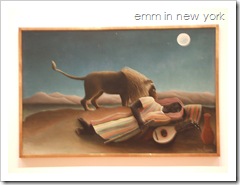 The Sleeping Gypsy is one of my favourite pieces of art.  It reminds me of the strange world I lived in when I was four years old as an expat in Nigeria.  I’ve loved it for as long as I can remember! 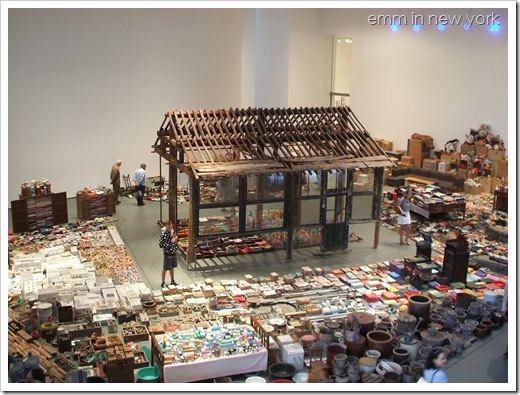 And suddenly it was time to go home! The museum was only open until 6.30pm and so I began to make my way outside through the Lillie P. Bliss Garden Plaza. 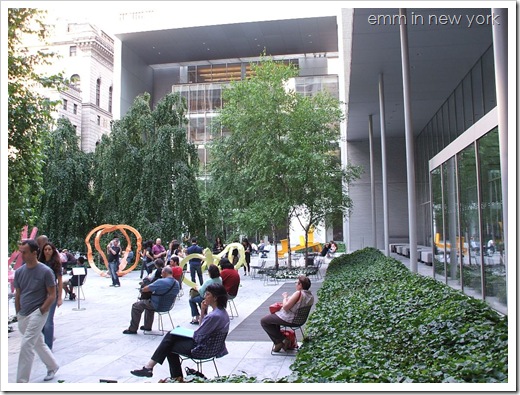 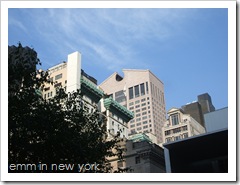 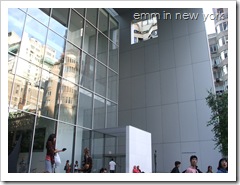 The Museum of Modern Art (or MoMA) was definitely one of the best places I visited in new York and I would absolutely go again.  Considering how awesome the rest of New York is, that is saying something!

It has been the most amazing day but I had a massive day planned for the next day and so I headed back to the apartment and willed myself to fall asleep in preparation for waking up at 5am the next morning.

Click here to read all posts from my trip to New York or click on the label below.