My dear blogging friend Kathy of Hometown Tourist and Bridges to London enquired on my last DC post about whether I managed to visit the Smithsonian National Air and Space Museum.  The answer is a resounding yes!  I would not have missed it for the world. 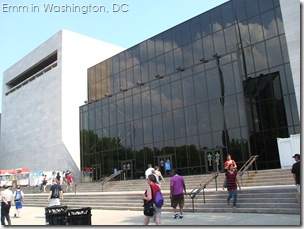 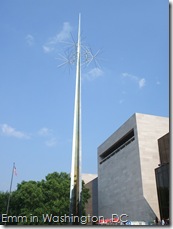 I think out of all my time in the United States, this was the time when I missed Stephen the most as I think he would have really liked it here.  I’m not trying to gloat but it was kind of awesome.

I’m trying to piece together my memories, photographs and notes so if I make any mistakes here, don’t be shy to jump up and down and correct me.  Here goes… 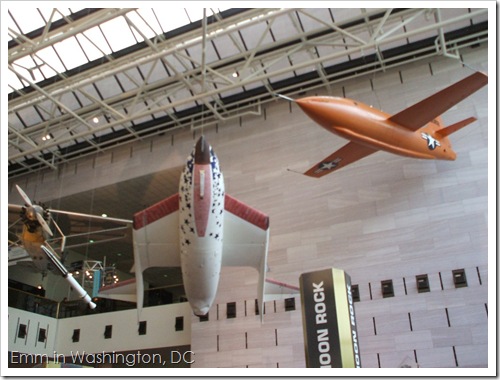 In the corner there you can see the Ryan NYP “Spirit of St. Louis” in which Charles Lindbergh completed the first solo transatlantic flight on 21 May 1927.

SpaceShipOne is centre and was the first privately developed, piloted vehicle to reach space.  The flight took place in 2004 and arced into space but didn’t actually orbit the Earth.

The gorgeous, retro plane in on the right is the Bell X-1 "Glamorous Glennis" which was the first aircraft to officially exceed the speed of sound in controlled, level flight in 1947. 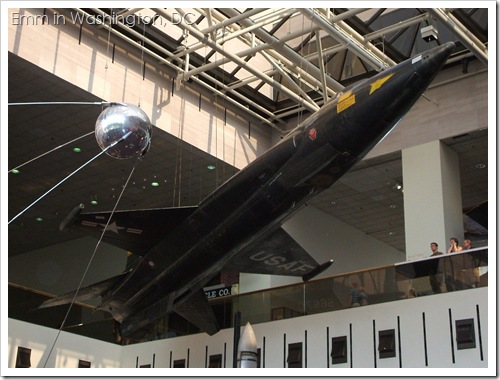 Here you can see a replica of Sputnik 1 which was the first Earth-orbiting artificial satellite back in 1957.  The success of the Sputnik programme triggered the Sputnik crisis and launched the Space Race.

The sleek and magnificent plane taking up the rest of the photograph is the North American X-15 which is the world’s fastest and highest flying aircraft.  Thirteen X-15 flights went higher than altitudes of 50 miles thus achieving astronaut wings for the pilots and in 1967 Pete Knight achieved a speed of 6.72 mach. 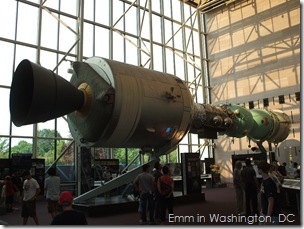 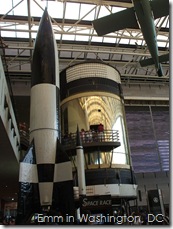 The Apollo–Soyuz Test Project was the last mission in the Apollo space programme and represented the first joint US and Soviet flight.  Two manned spacecraft left from Florida and Kazakstan respectively in July 1975 and they rendezvoused in orbit.

The V2 Missile was the world’s first ballistic missile (which sort of means it was shot into the air and then subject to the laws of gravity and physics thereafter).  It was also the first manmade object to achieve sub-orbital spaceflight.  In the end though, it was a terrible bomb used toward the end of World War II by the Germans and many prisoners worked to their death to create them in Mittelbau-Dora.  The bombs were mainly used in Antwerp and the Blitz over London.

The history of the Skylab Space Station is fascinating but I won’t bore you with the details.  This is the backup Skylab orbital workshop but it wasn’t actually used because the Skylab programme was abandoned after the first mission to make way for the Shuttle programme.

I’ll let most of these magnificent planes speak for themselves. This whole section put me in mind of films like Casablanca or tales of the war and the race to reach the skies. Oh, I can't put it into words but it was a very romantic, retro section. 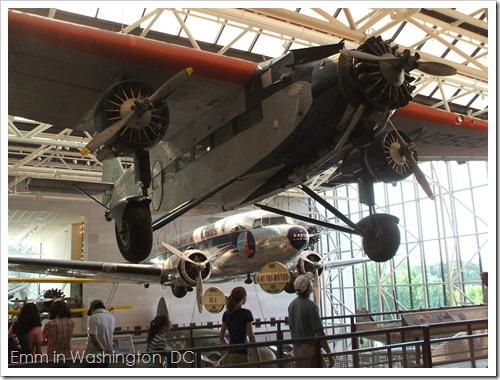 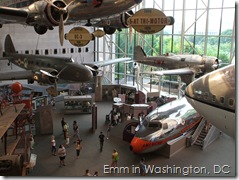 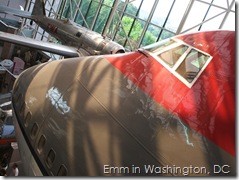 The wonderfully retro Boeing 247-D (1934) is at the left of the photo above with the gorgeous Northrop Alpha (1930) peaking out above the nose of the Boeing Jumbo Jet. 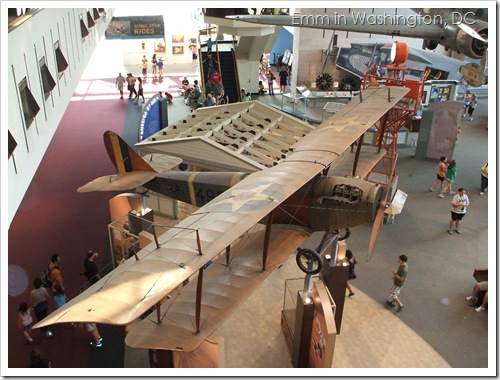 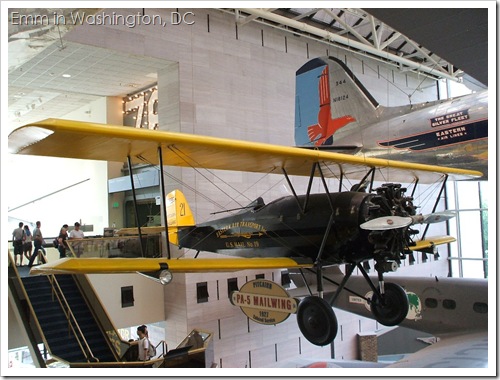 On the way out, I decided I just had to get a decent photo of the Lockheed F-104 Starfighter.  It took me about ten minutes to get this photo!!  It is in such an awkward position! 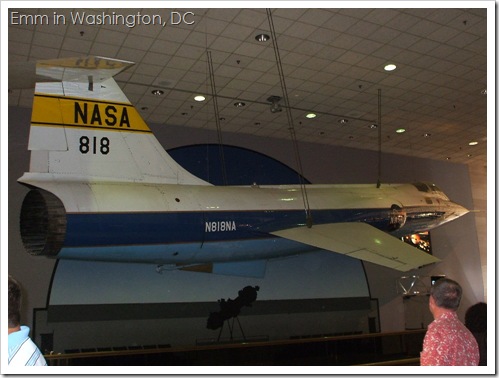 It is unfortunate that you can’t see what a spectacular aircraft this is.  This was the first US jet fighter to fly twice the speed of sound.  This particular plane was in service with NASA for 19 years and was donated to the museum after it flew its last flight in 1975.

All too quickly my time at the National Air and Space Museum came to an end and it was time to walk on up to the Capitol.