A Saturday in London

One of the aspects of being an expat is that your circle shrinks dramatically.  In South Africa my life was drastically different to life in London and I was a very social person.  There were the frequent dinner parties at my house, nights out with school and university friends, picnics in the sun, lunches with family and of course, the frequent braais.  Now it is just Stephen and I, occasionally my mum or brother and every once in a while I see some of my old South African friends.  The purpose of this little insight into how sad my social life has become is to explain how it was that Stephen and I found ourselves fighting on Friday night.  It is usually just the two of us and our four animals and we do get cabin fever sometimes.

As we are both stubborn Taureans, we were naturally still fighting on Saturday morning.  Eager to avoid another night on the sofa, Stephen eventually conceded defeat and decided to take me to the centre of London to see New Moon.

We arrived in London an hour before the show and decided to take a walk around Piccadilly Circus and Regent Street. 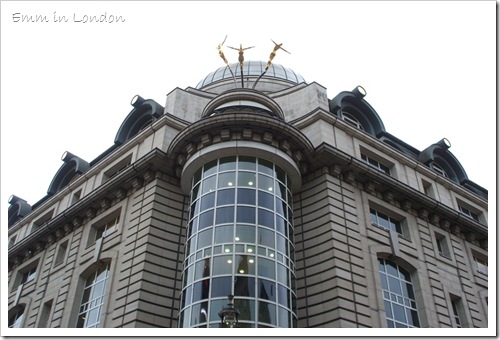 'The Three Graces' by Rudy Weller atop the Criterion Building 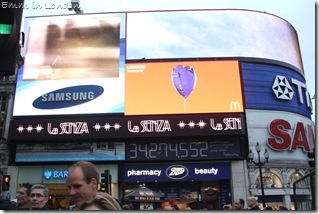 Naturally, we had to take a look at the famous lights at Piccadilly Circus.  It was at this point that Stephen looked at me and said, “you know, you’re just like a bloody tourist!” which was met by me blinking rapidly at him.  (He certainly got The Look).  “What?” he said.  “You do know that the tagline on my blog is ‘The Adventures of an Eternal Tourist Living and Working in London’?”, I retorted.  Rather than admit that he never actually reads my blog, he uttered a small “oh” and didn’t complain about my photo taking for the rest of the day. 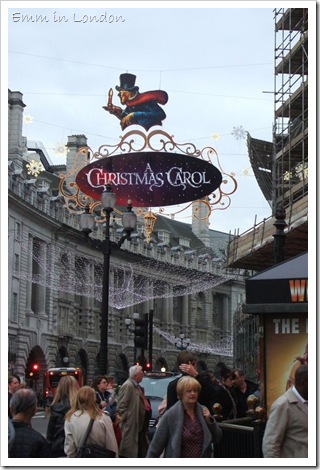 I was quite excited to see some Christmas lights even if they were sponsored by the Disney film A Christmas Carol. 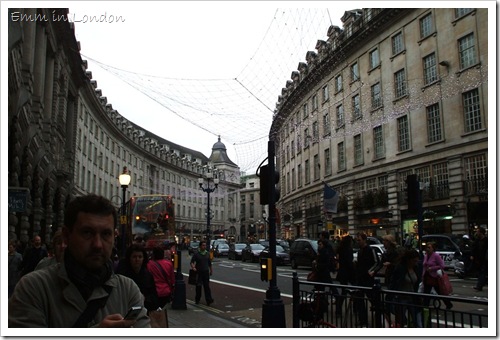 I love the grand old buildings of regent Street and I quite liked the huge snowflakes.  (You can just see it there stretched between the buildings).  They must look great all lit up at night!  I did have one concern about the snowflake lights though – where would the Doctor land his Tardis?  I mean, realistically, he could need to land it anywhere, right?  (Oh, ignore me, I’ve gone Doctor Who crazy lately). 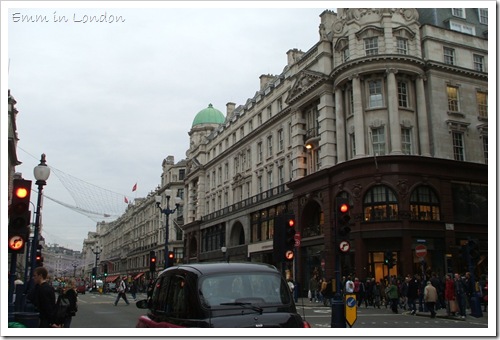 As mentioned, Stephen was paying some serious penance for fighting with me earlier in the day so he had to take me to see New Moon (which I reviewed over at Emm Media) and the Cranes concert later that evening.  Thankfully, there was a shining beacon of hope and non-torture during the middle of the day for him as we happened upon the Ferrari store on Regent Street. 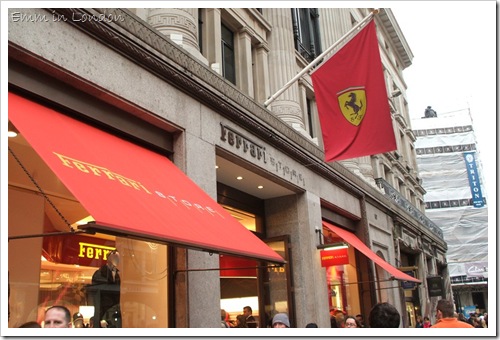 In case you’re trying to find it, it is across the road from the world’s most amazing toy store, Hamleys. 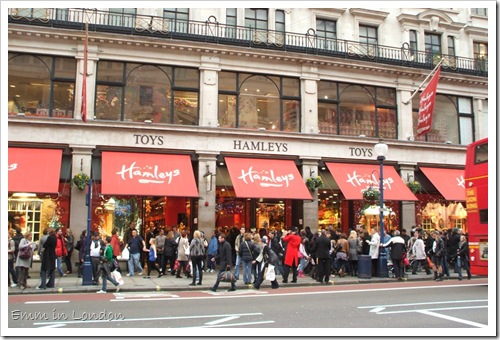 Stephen bought a nice red Ferrari windbreaker but they wouldn’t let me take a photograph of it.  Our sweet-as-pie sales assistant turned into a demon when I did try to take a photo and I thought we were going to get kicked out of the store!!!  They did let me take a photo of the Ferrari F1 car in the entrance though and I was somewhat mollified. 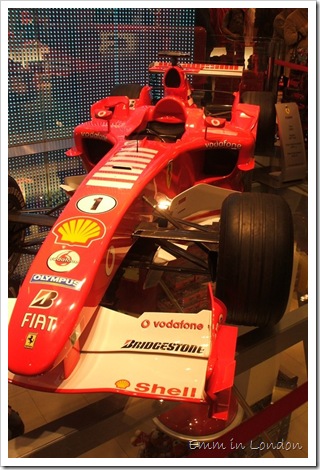 And I sneaked a photo of a very happy Stephen before we hurried back to the London Trocadero to watch the film.  You can tell he was trying to please me that day – he even wore the FDNY shirt I bought him in New York.  I have a bit of a thing for men in uniform, especially firemen and policemen! 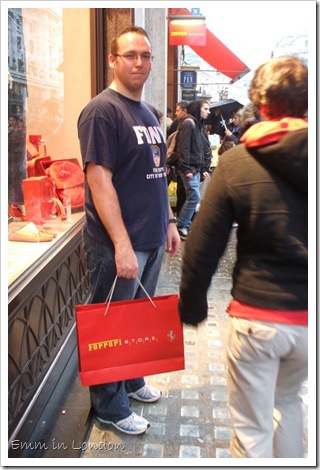 So that is all for my Saturday afternoon in London.  What did you get up to?