DC: The Capitol and going home

It was getting on in time and soon I would be catching a coach back to New York.  I took one last look behind me to remind myself just how far I had travelled that day. 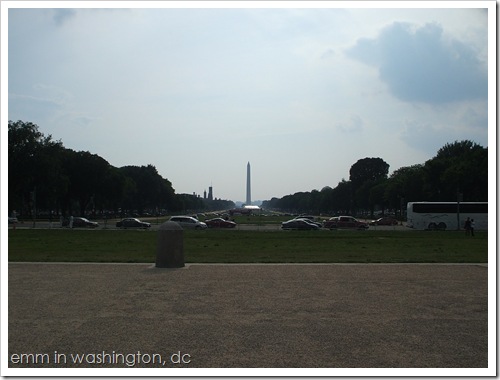 There was a big event happening at the Capitol that day so I was disappointed at first to not be able to get a photo of the buildings without a big, white marquee in the way!  But I was son lucky enough to get a clear shot. 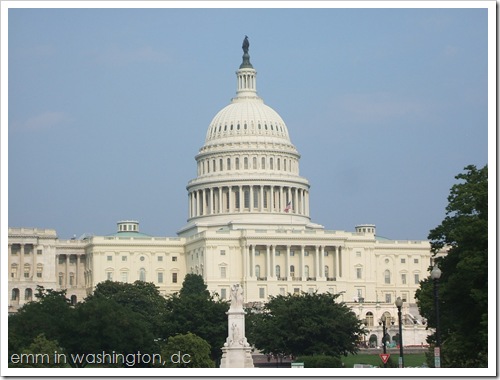 I began to walk up Pennsylvania Avenue North West just as the sun began to set.  Washington, DC really is a beautiful city and I would love to visit again one day. 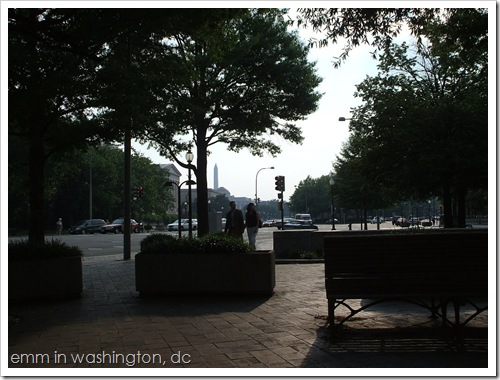 I walked past the Newseum which is quite a new attraction and somewhere I will definitely visit on my next visit to DC. 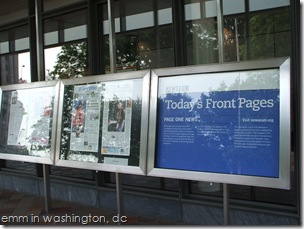 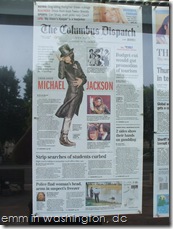 The Newseum is a news museum and I was there at a very historic time as it was the day after Michael Jackson died. 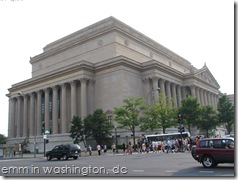 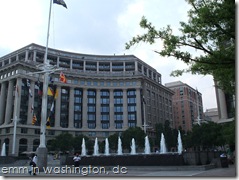 I walked past the US National Archives and the United States Navy Memorial. 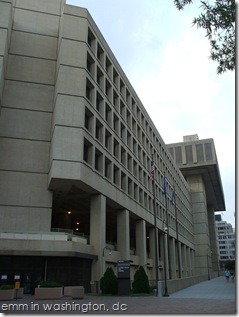 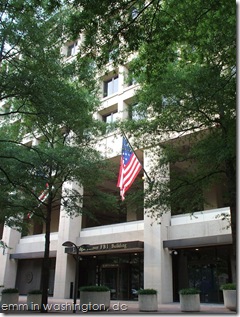 I was quite excited to stumble upon the The J. Edgar Hoover FBI Building too and you’ll be pleased to know that your intrepid South African / English expat wasn’t arrested for spying as she happily snapped away at the building. 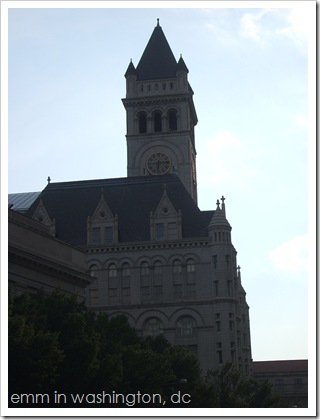 The Old Post Office Pavilion was as picturesque as I’d always imagined. 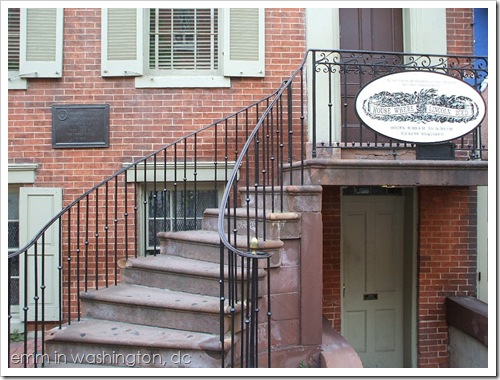 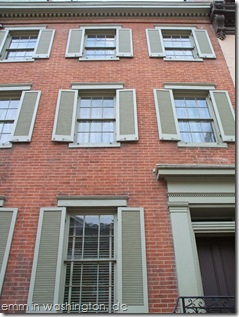 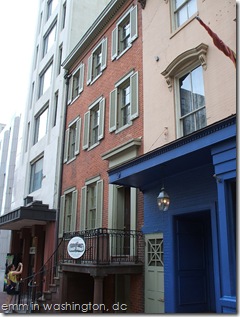 I took five minutes to look at Petersen House where Abraham Lincoln was taken after he was shot.  He died there after being shot at the Ford’s Theatre which was located across the street.

My last stop before boarding the coach was the souvenir store where I bought a nice, thick FBI jersey for the ride home.  The air conditioning was so high on the coach that I had frozen on the way in that morning!!

The ride home seemed to go a lot quicker than the one in but my iPod ran out of battery about 90 minutes from New York.  Tragedy!!  I then got speaking to two lovely people from Ohio and that passed the time.  The man amused me as he had once dated an Afrikaans girl in Ohio and he repeated some things that really, really made me blush.  The Afrikaans culture is generally more conservative than English culture in South Africa but what he repeated to me was absolutely outrageous!  Seriously, I could repeat it here in the knowledge that none of you would know what I mean but it is that bad that I won’t! 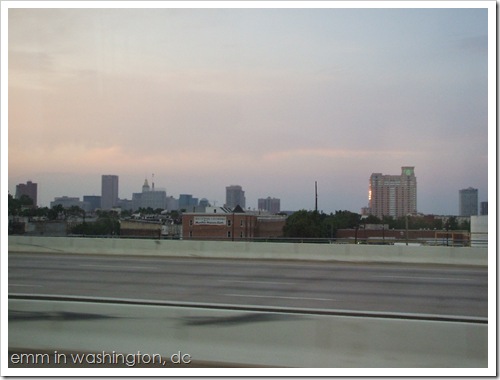 We passed Baltimore on the way back which was exciting for me because my favourite TV show ever was based there: Homicide: Life on the Street.

Later on once the sun had set, we passed over a massive water way.  It was either the Memorial Bridge at Delaware or maybe even the Susquehanna Bridge.  Probably the former?  I don’t know.  All I remember is that the bridge seemed to go on forever over the water and I had never seen a river that wide in my life before.  It was dark and eerie too and just fascinating.  Reason #264 to go back to DC next time I visit New York!!!  Actually, judging from this video, I think it was the Susquehanna River that I was crossing.  It was amazing.

I got home that night at about midnight I think.  Having left at some ungodly predawn time that morning, I have to say that I have never been that tired before and I don’t think I’ll ever be that tired again.  After dutifully putting my beloved iPod on to charge, I collapsed into bed and slept through my second last night in America.