I’ve often mentioned my fascination with the Church of St Luke, the bombed out shell of a church that still stands in Liverpool.  When I was in Liverpool a couple of weeks ago, I thought I owed it to my blog readers to make a turn there and take some photos for you.

After our visit to the new Quiggins Centre we continued to walk down Renshaw Street and soon the outline of the church became visible. 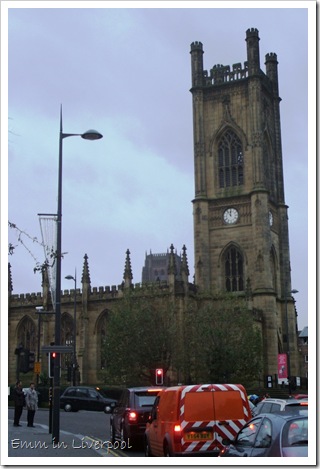 From a distance, it looks like any other church.  It is only as you come closer that you realise that this is merely a shell; it is all that remains after the church was hit by an incendiary bomb on May 5 1941.  That is my birthday, May 5. 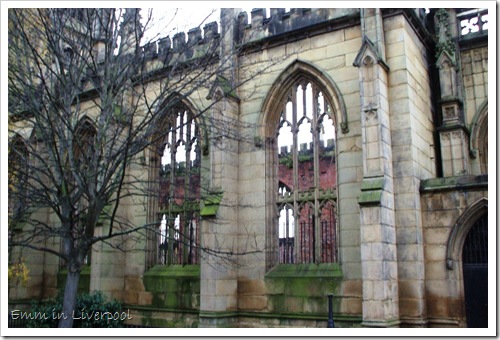 Something about this church haunts me.  I am interested in war, of course, and the devastation that occurred in Liverpool and London during the Blitz but this goes beyond that. 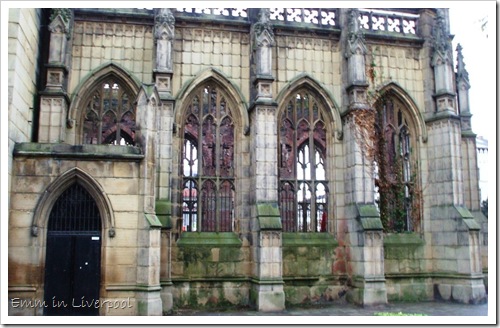 I think it is the idea that the sense of devastation after a war can be so absolute that there is simply no sense in rebuilding or even tearing down. 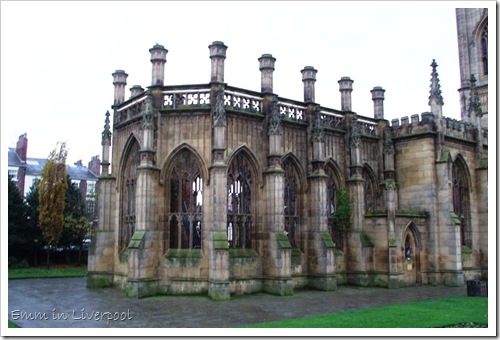 We’re simply left with painful, hurtful and permanent reminders of just how much has been lost. 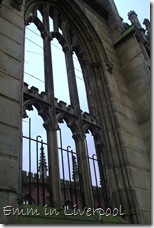 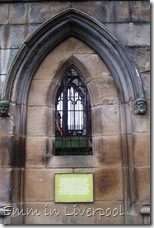 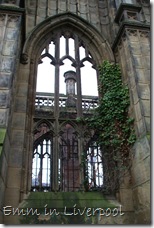 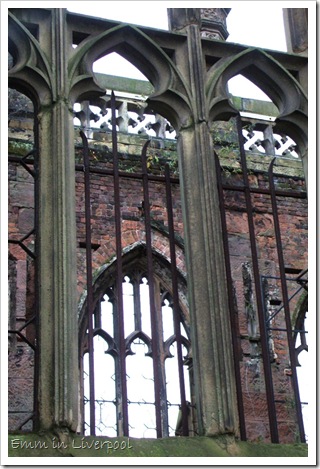 I wonder if it is better where they are?  When our war veterans and survivors move on, are the buildings and churches there complete once again? 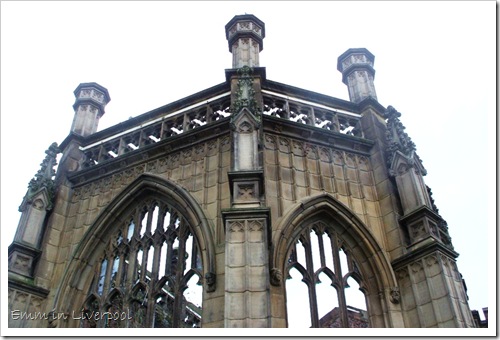 Does the Church of St Luke still have stained glass windows in that place?  Does it have shiny, brown, wooden pews and does it still smell of prayer books and polish?  Does the afternoon sunshine cast rainbows of light across the floor? 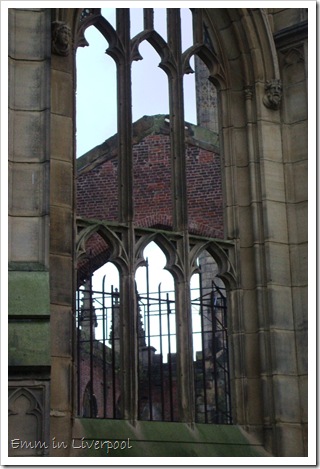 What will happen when no one is left to remember that war? Or is that what has started to happen?  Is that why we are so keen to rush off to war in Iraq and Afghanistan? 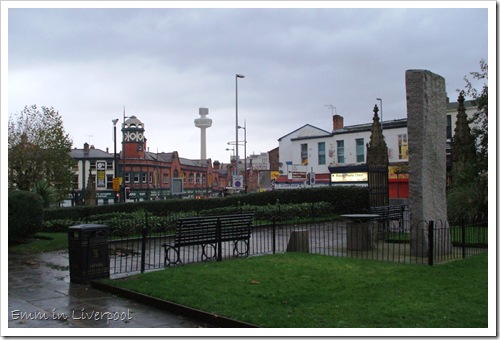 I’m so lucky to have my father to tell me all of the war stories that he can remember.  Of course, he was only born the year the war ended in 1945 but he tells me of what a hero my grandfather was. 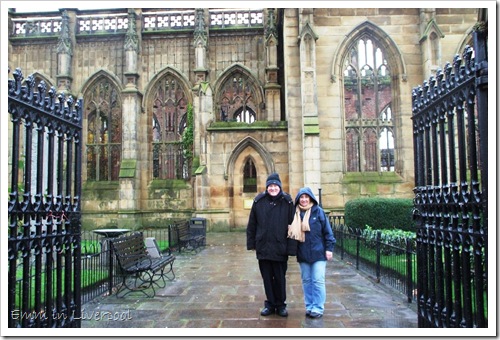 Of how he was in the navy and how he travelled the world and fought in the major operations.  (I must remember to start taking notes!)

I guess it goes to show how little people appreciate their heritage, as the Church of St Luke is on the English Heritage Buildings at Risk Register.  How sad.

Postcard update:  I am the worst person on Earth for actually getting off my backside and going to the post office.  So, I can confirm that I still have to post postcards for Rose, Matt and Martyn.  Christina, Kathy, Ivanhoe and April still need to send me their postal addresses!  Come on ladies… I’ll have to donate the postcards to the rest of the internet if you don’t reply!  Email your address to missus dot emm at gmail dot com.