Fish and Chips in Portsmouth

After a crazy start to the year both at work and home, we finally set off on Saturday morning for a short break to the Isle of Wight.  We drove down from Dartford to Portsmouth where we had lunch while we waited for the ferry to the island.

While Stephen struggled to find money for the parking machine, I rushed off like a concerned, considerate wife to try and get a decent photo of The Spinnaker Tower. 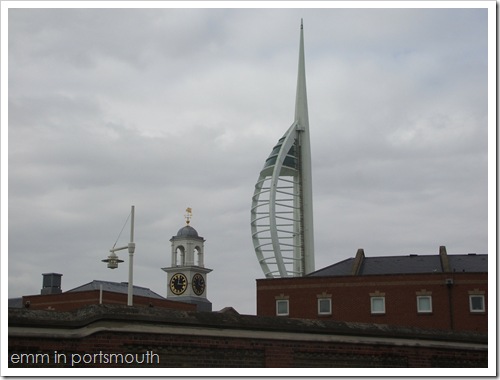 I loved the nautical theme that you could see everywhere in Portsmouth.  Everything is sail or mast-shaped. 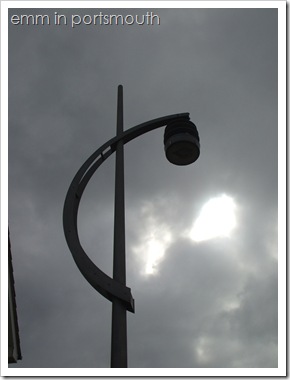 This was Stephen’s first time on a ferry so he was pretty excited but apprehensive too; ferry rides generally go one of two ways – really good or really bad! 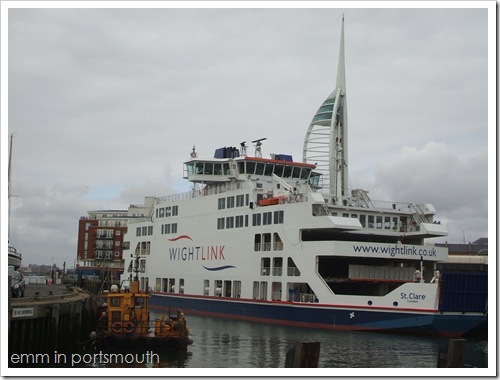 We decided to go to the Abar Bistro for lunch.  My first impression on entering the restaurant was that it smelled great!  It is difficult to describe but it smelled like a really old home kitchen. 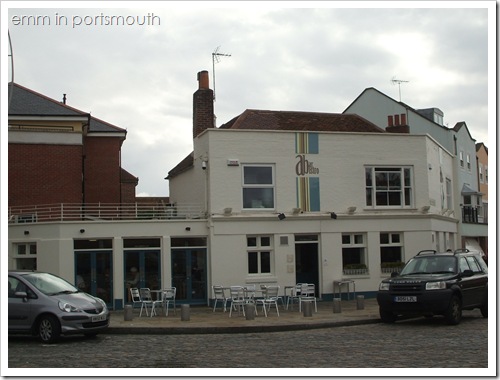 We had scallops and a Camembert parcel for starters and then Stephen ordered a lemon sole for his main course.  I had a good idea of how huge sole are in this country so I opted for the fish and chips instead.  This was without a doubt the best fish and chips I have ever had.  They served up some home made tartar sauce that was “adorable” (the first word that came to my mind, honest) and everything including the batter, the fresh fish, the pea puree and the chips was divine.  Yum. The atmosphere in the restaurant was also lovely as they played vocal jazz music. It was great and at a total of £38, well worth the visit!

We made sure that we were waiting in our car in the line to get on the ferry a full thirty minutes before departure time as instructed.  I had expected a bit of chaos and bother getting on but it was really smooth and easy. 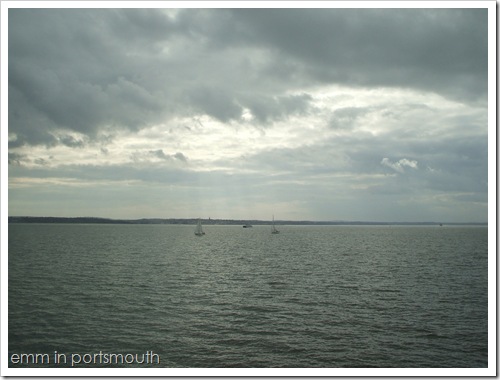 We went up in the one of the lounges and were lucky enough to get a seat right at the front.  It is only a short trip of less than an hour but I couldn’t help falling asleep.  Looks like we had a good ferry journey!