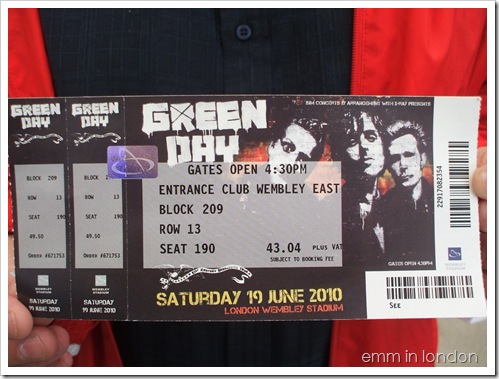 California punk trio Green Day are currently on the second European leg of their 21st Century Breakdown World Tour and I was lucky enough to see them live at London’s Wembley Stadium on Saturday night.  There is something undeniably exciting about Wembley Stadium but as we took our seats at the beginning of the evening and I looked around the vast stadium, I had to wonder whether Green Day would be able to carry such a large arena. 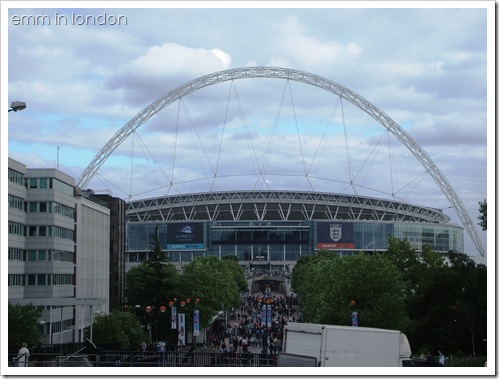 We arrived just in time to see support act Joan Jett and the Blackhearts take the stage.  It feels strange to think that Joan Jett and the Blackhearts could be supporting another band considering how huge they have been over the years and I can remember standing on a wall with other nine-year-olds belting out “I Love Rock ‘n’ Roll” when it came out in 1982.  I had expected a washed out version of an aging rocker and I was absolutely proven wrong.  Joan Jett’s voice is as powerful and unique as the day she first hit the stage in 1975 and I was really impressed by her vocal range.  The highlight of the set was “I Love Rock ‘n’ Roll” which was followed by “Crimson and Clover”.  One of my mates asked whether the former song was a cover of the Britney Spears version and I incredulously insisted that it was not.  Confused, he asked when the Joan Jett version had come out and simply could not believe it when I told him.  Such was the power and energy of Joan Jett’s performance, assisted no doubt by how good she looks at 51, that he had not realised that these were veteran rockers. 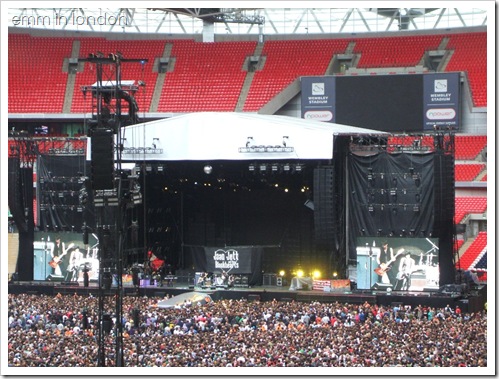 The interval leading up to the Green Day set was quite eventful.  There was, of course, the hilarious Drunken Bunny.  Nobody knows who the Drunken Bunny is but his drunken, slapstick routine certainly helps to pass the time.  My suspicion is that all of the band members act as the Drunken Bunny, alternating between shows.

We had taken seated tickets and were seated in the Club Wembley tier on the bend.  These are normally reasonable seats but the first thing we noticed was that there was a massive lighting tower blocking our view of the centre stage.  One tip about Wembley is that if you are unhappy with your seats or your view is obstructed, you have to complain about it on the night.  It is written on their terms and conditions and they simply do not entertain complaints written after the event.  We complained and were moved a further two section towards the front of the arena which was brilliant. 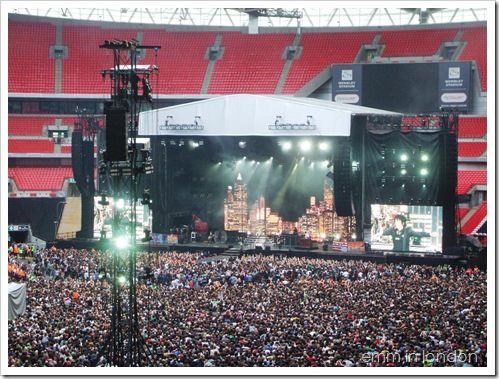 We settled down just in time to see Green Day enter the stage.  The band opened with “Song of the Century”, running into “21st Century Breakdown” and one of my personal favourites “Know Your Enemy”.  There was a rather bizarre moment when Billie Joe Armstrong pulled up a young lad on to the stage and he latched on to Billie Joe and gave him a prolonged kiss smack on the lips.  Thankfully Billie Joe managed to disentangle himself in time for the next refrain.

Green Day certainly know how to work a crowd and the concert was one of the best displays of showmanship I have seen in ages.  Of course, it could all just be flattery as Billie Joe said that England was the greatest rock and roll country on Earth and that “we just seem to ‘get’ each other”.  Unsurprisingly, this was met by massive cheers as he shouted that Green Day are “not from California, we’re from fucking England!” 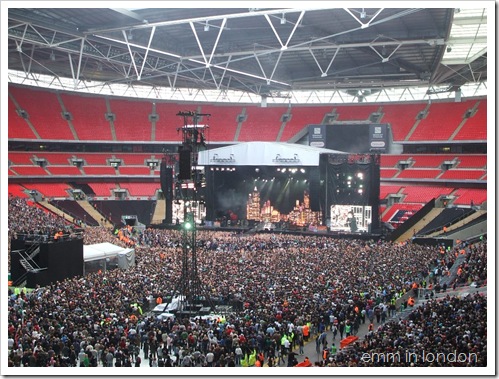 “East Jesus Nowhere” was on next and another fan was pulled on to the stage.  We speculated for a moment whether the band were getting fined each time they did that as London is notorious for stringent health and safety concerns.  This time it was a young boy of about eleven-years-old and I do believe Billie Joe acted out sacrificing him on stage.  Another favourite of mine, “Holiday” was on next and the stadium went absolutely crazy.

The hits came thick and fast then and my highlights were “Give Me Novacaine” and “Boulevard of Broken Dreams” from the American Idiot album.  Tré Cool performed “Dominated Love Slave” much to the delight of the fans and a short while later they performed one of their first hits, “When I Come Around”.  This was followed by a fabulous medley of “Sweet Child O’ Mine” and “Highway to Hell”. 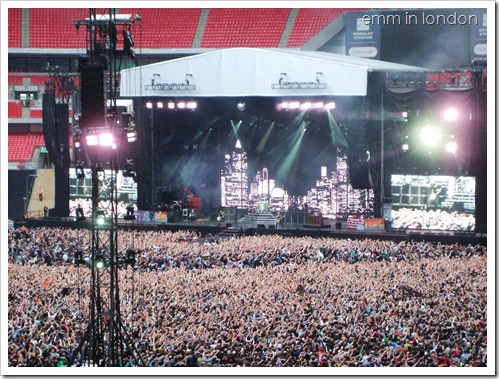 During “Brain Stew”, Billie Joe showered the fans with a power washer before moving on to toilet roll missiles and finally firing t-shirts into the crowd.  He brought a fifteen-year-old on stage to sing the whole of “Long View” and this amusing, rather offkey performance was followed by another of their early hits “Basket Case”.

They then did their “King For A Day” and “Shout” medley which is becoming a permanent feature of their concerts with Tré Cool in drag doing something vaguely resembling the can-can.  They called him to the front for what was apparently a record of four sets before leading into another medley featuring “Always Look on the Bright Side of Life” and “(I Can't Get No) Satisfaction”.  After another two explosive songs, they were suddenly gone from stage. 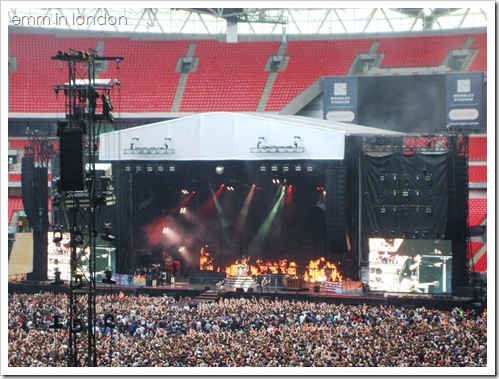 A first encore is always a given in stadium shows and Green Day returned with “American Idiot” and “Jesus of Suburbia” with the crowd doing their part and going mad.  The band left the stage again only to be wooed back by a crowd that refused to believe they were gone.  It was all planned of course.  They took the mayhem down several notches and played three of their more sedate songs before sending a jubilant crowd home: “When It's Time”, “Wake Me Up When September Ends” and “Good Riddance (Time of Your Life)”.

There is no doubt that Green Day managed a headline stadium gig with utter mastery and perfection and I would absolutely recommend seeing them.  My concerns at the beginning of the evening seem quite bizarre to me now and I wonder how I could have ever doubted them.  Excellent gig! 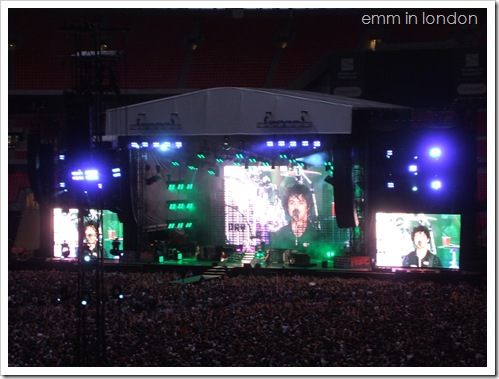