Yesterday afternoon, my friend Kathy took me on a Secret London walk.  There is so much to see in London and so many hidden passages, statues, gardens and other interesting places and it was fascinating to just see one tiny part of secret London.  Kathy has a copy of Andrew Duncan’s fabulous book Secret London: Exploring the Hidden City, with Original Walks and Unusual Places to Visit and we used this as our guide. We started off at St Paul’s Underground Station. 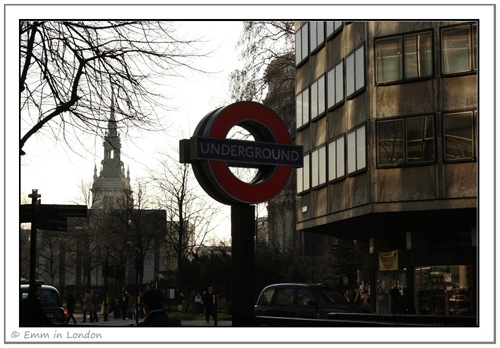 Postman’s Park and the Heroes' Memorial 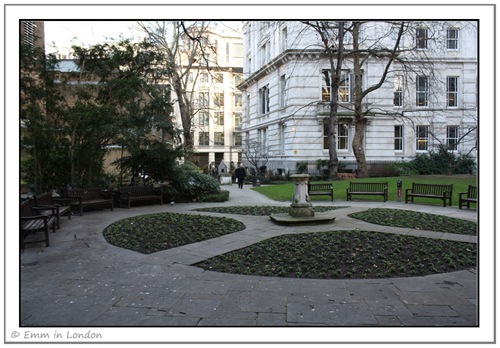 Our first stop was Postman’s Park, named after Rowland Hill, the man who campaigned tirelessly to introduce postal reform in the United Kingdom.  He is credited with introducing penny postage. 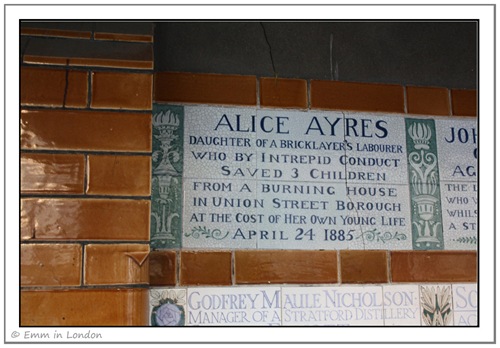 Postman’s Park is home to the incredible Heroes’ Memorial which is a memorial to ordinary men, women and children who gave their lives to save others.  It was built by G. F. Watts who was inspired by the story of Alice Ayres, a 26-year-old maid who died saving her employer’s children from a fire.  Kathy told me that “Alice Ayres” was the primary alias used by the character played by Natalie Portman in the film Closer. 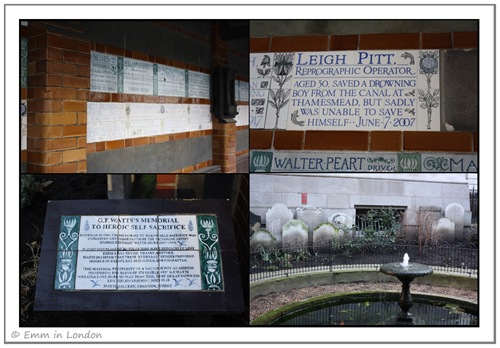 Just outside of Postman’s Park is a stature of Rowland Hill, for whom the park was named. 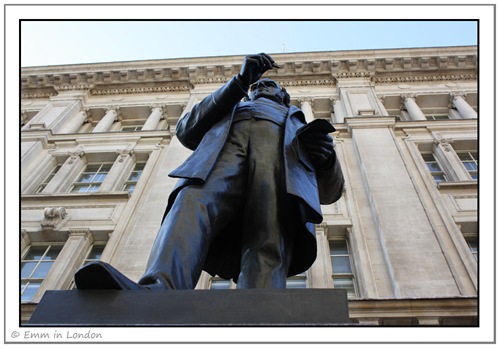 We then came upon one of the first and only parts of the walk that I had previously known, the remains of the Christ Church Greyfriars and that is quite a feat considering that I had taken part in the Race for Life in this area on two previous occasions. 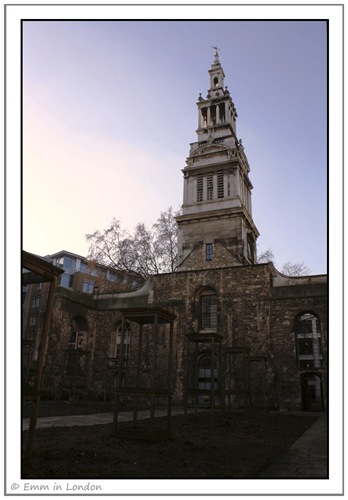 When I last saw the church in June 2010, it had scaffolding up and didn’t look so pretty.  It looks better now but still looks better in summer when all of the trees grow in the middle.  Christ Church Greyfriars was designed by Sir Christopher Wren and rebuilt after the Great Fire of London, only to fall victim to the Blitz on 29 December 1940. 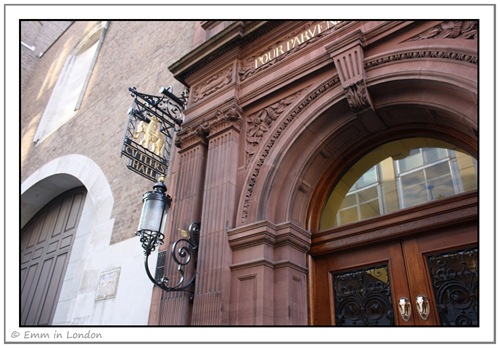 We then turned the corner into Warwick Lane to see Cutler’s Hall.  The Cutler’s Company are renowned as famous makers of knives and forks and we were most amused to see the purple plaque marking the site of the Royal College of Physicians next door. 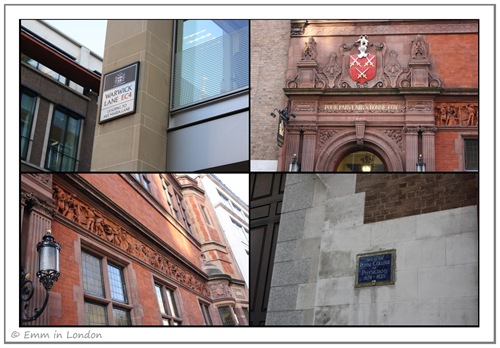 The Earls of Warwick and the Old Bailey 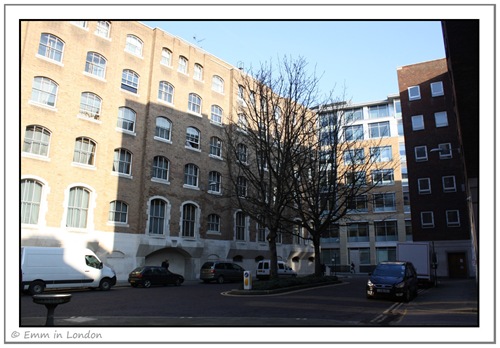 We crossed Warwick Square which was site of the home of the Earls of Warwick in the 15th Century.  I visited Warwick Castle back in 2008, so it was nice to see where they had lived in London.  We crossed Warwick Square and went into Warwick Passage which takes you under the Old Bailey! That was quite intriguing and we walked past the entrance to the viewing gallery.  It was very full though with a line of people trying to get in, so we carried on walking. 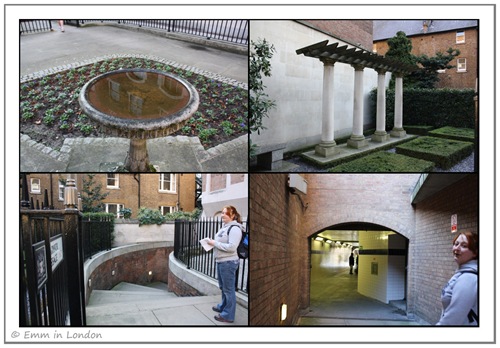 That is Kathy, my tour guide.  She is made of awesome cakes. 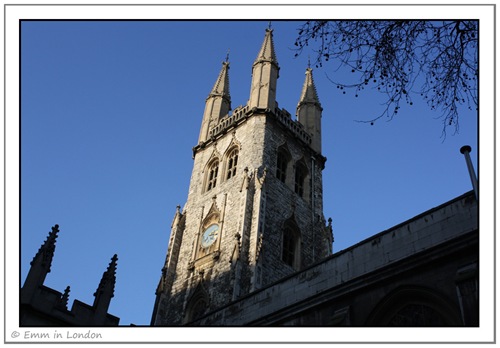 Across the road from the Old Bailey is St Sepulchre’s Church. The Newgate Prison used to stand at the site of the Old Bailey and a bellman from St Sepulchre’s Church used to ring a hand bell on execution nights and appeal to the condemned to make their piece with God.  The church is also the site of the first drinking fountain installed in London.  It was meant to discourage the use of alcohol and was the only source of sterile drink for many people. 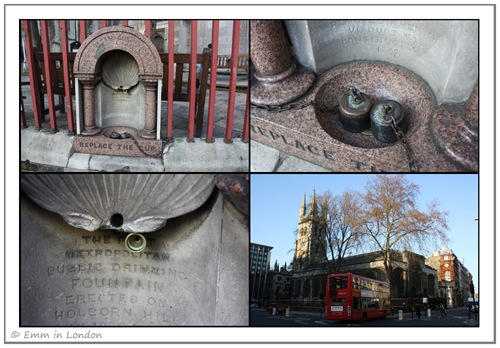 We walked past the church and turned the corner to see the tiniest police station I had ever seen.  That wasn’t the least of the excitement regarding this site though! 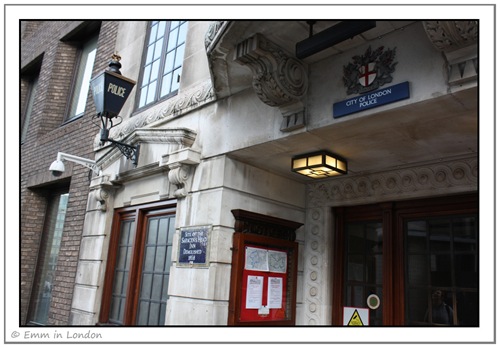 The Snow Hill Police Station is located at the site of the Old Saracen’s Head Inn where Wackford Squeers met the Charles Dickens character Nicholas Nickleby.  Long-time followers of this blog will know that I am quite fascinated by places related to Charles Dickens as the area where I work is steeped in Dickens’ personal history and is full of places mentioned in his novels. 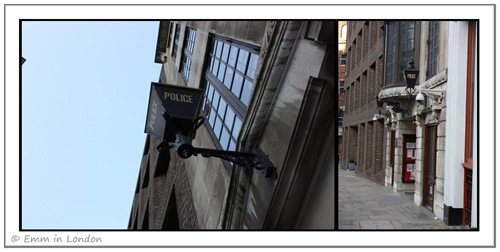 The next part of the walk was interesting because of its depiction of ruin and decay in London and I think it deserves a post all of its own.  I am sure you are a bit weary by now anyway, as was I after all of that exercise!