Almost mid-way through our Secret London photo walk, we came upon an area of such decay and ruin that it was quite a contrast to the exquisite sights we had seen on the first half of our walk.  Naturally, I fell in love with this area with its burned-out shells of buildings and boarded-up shops. 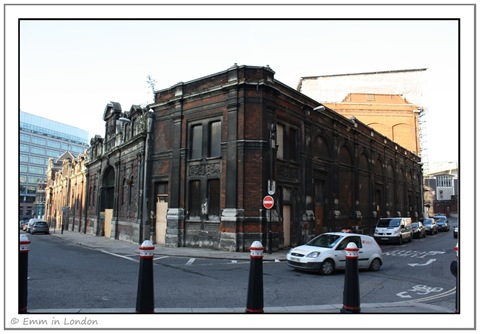 This is the Fish Market and Red House, the former cold store of the Smithfield Market.  Like the General Market next to it, this complex is in danger of demolition.  The Fish Market was built in 1888 and the Red House was built between 1898 and 1899 and is a wonderful example of Victorian architecture. 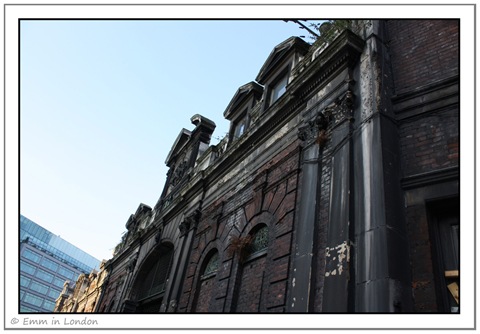 This is one of my favourite photos as I love the upwards elevation.  There had obviously been a fire in the building at some stage and it was incredible to see such a grand old building in such a state of disrepair. 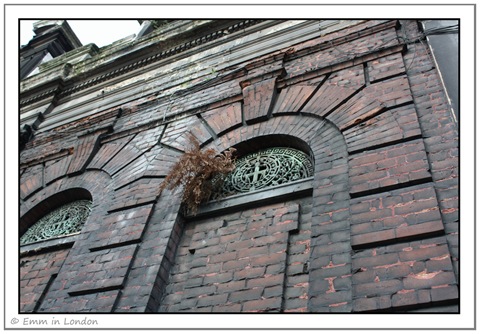 I can imagine it must have been quite impressive in Victorian times but at the moment, the very fabric of the building seems to have fallen victim to time, neglect, fire and ruin. 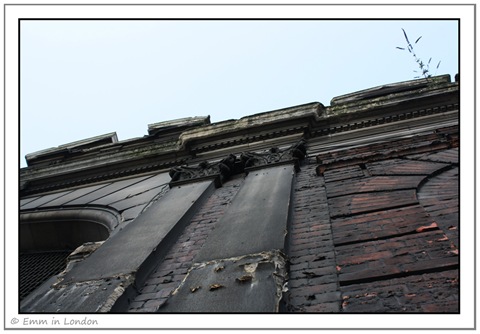 The Red House building has been given Grade II listed status as it is the "the earliest existing example of a purpose-built powered cold store".  That means that out of all the building in the complex, it is the only one that might be saved from greedy developers. 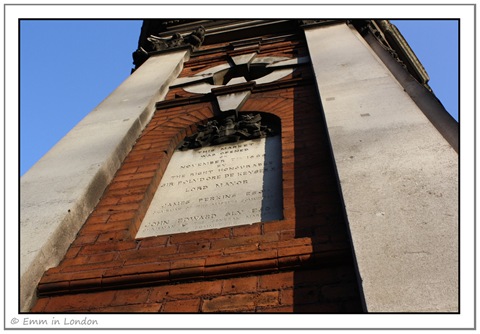 The plaque at the corner of the Fish Market. 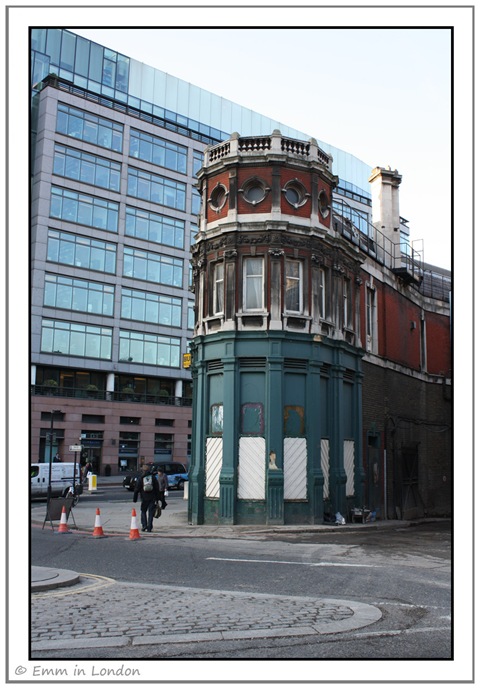 This is the exquisite and intricately detailed circular corner of the General Market, a building almost certainly destined for demolition.

We rounded the corner and walked up the road to discover the strangest sight we had seen all day.  Any one who has seen the lurid display of 1970s architecture in downtown Johannesburg and Hillbrow will be quite familiar with concrete monstrosities such as these.  It was just unusual to see them in London! 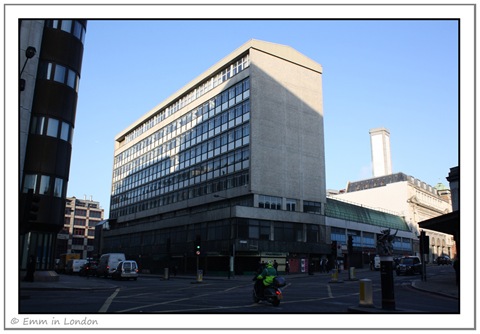 Hillbrow, corner Plein and Twist Streets?  No, this is London! (See: Johannesburg landmarks for a few examples). 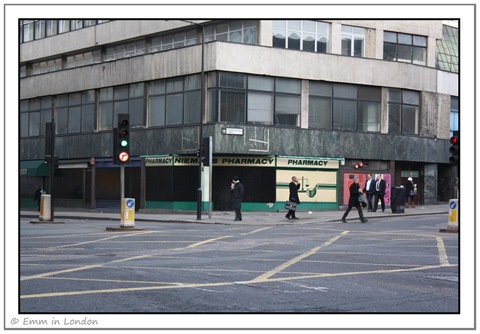 Our final photo opportunity before exiting this intriguing part of London was the old Port of London Authority building on Charterhouse Street. 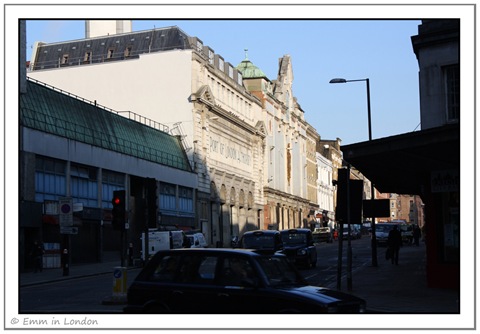 Next to the Port of London Authority Building is the Central Cold Store which is used as a power station now.  How the mighty have fallen.  Actually, how the mighty did fall: Wikipedia says that “Smithfield has a bloody history of executions of heretics and political opponents, including major historical figures such as Scottish patriot William Wallace, the leader of the Peasants' Revolt Wat Tyler and a long series of religious reformers and dissenters”.  Very interesting!