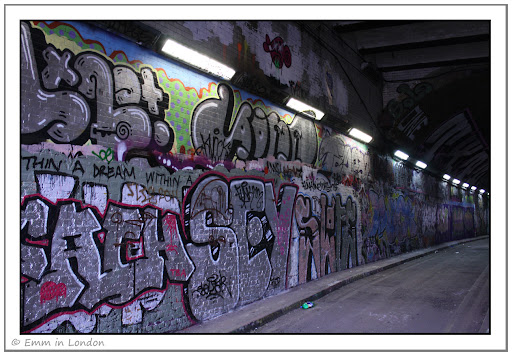 A couple of weeks ago, I went on a Focus On: Graffiti photo walk with The Photo School and I got to meet the lovely Melizza from Sifting Through... Expat Edition. I’ve been to a couple of events hosted by The Photo School and each one has impressed me greatly.  On this day, for the price of just £10, organiser Natalie Clarke guided us through the Leake Street Graffiti Tunnel near Waterloo and the Southbank skate park and gave us all excellent advice on camera settings, lighting and composition.. 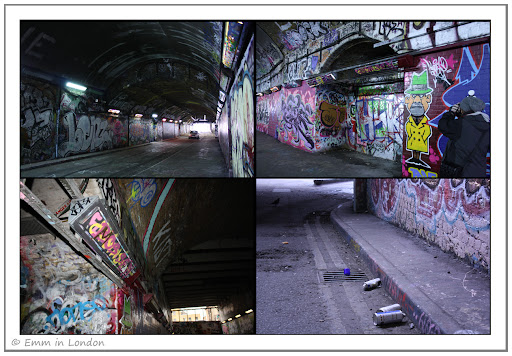 It goes without saying that I was in my element. I know that many people wonder about my fascination with derelict buildings, skyscrapers, graffiti and other hallmarks of urban development but to me, this is just beautiful. 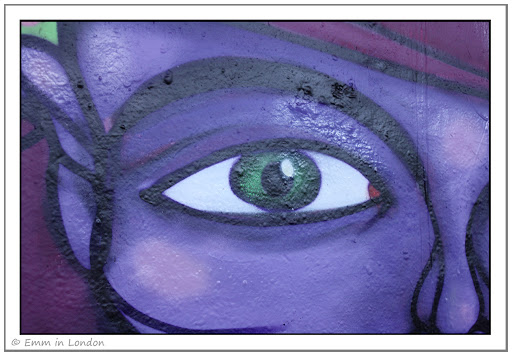 It is incredibly hard to take photographs of graffiti and indeed, it was far more difficult than I expected it to be.  Unless you get the angles right, your photo will resemble exactly what you are capturing: some paint on a two dimensional wall. 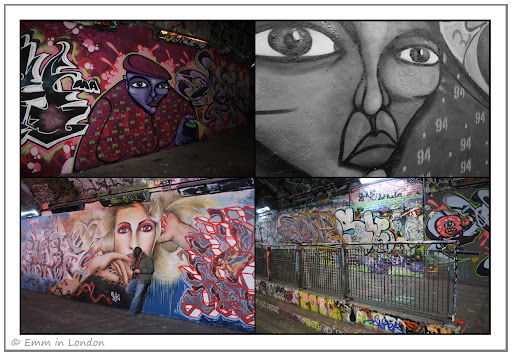 Added to that, there is no natural light in the tunnel and instead you have unnatural strip lighting.  If I could go back in time, I would go back to late-2008 and tell myself that one day, I would be able to take photos in fluorescent and tungsten lighting.  I remember being so disappointed with indoor photographs in the past! 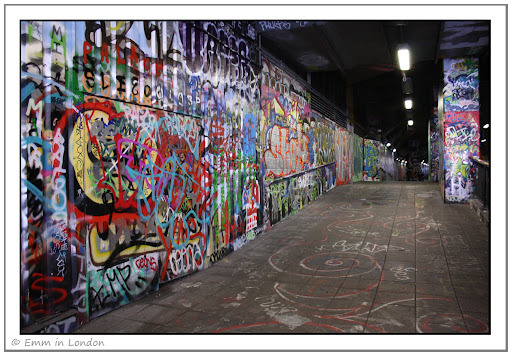 I took a ridiculous amount of photos that day and only chose my very favourite ones for this post.  Strangely enough, the photo above was the first I tried to capture of this particular scene.  I tried several more and even came back later on and then decided in the end that this first one was the best. The Leake Street Graffiti Tunnel is an authorised graffiti area and the sign above states:

THE TUNNEL
AUTHORISED GRAFFITI AREA
No Sexism, No Racism, No Adverts
Please take empty cans and litter home
All painting on grey walls will be removed
You don’t have to be a gangster to paint here,
and please don’t act like one 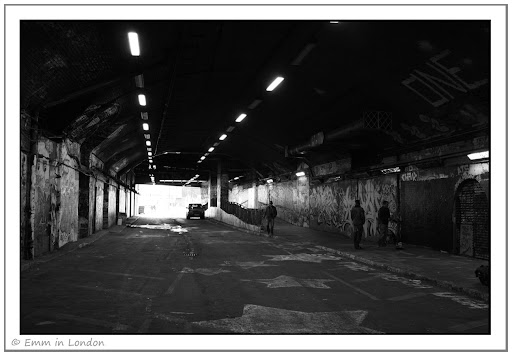 I experimented a lot with black and white photography on that day and once again, I realised that it is not as simple as it seems.  My uncle used to do a lot of monochrome photography in the 70s and 80s and I would love to experiment with it some more. 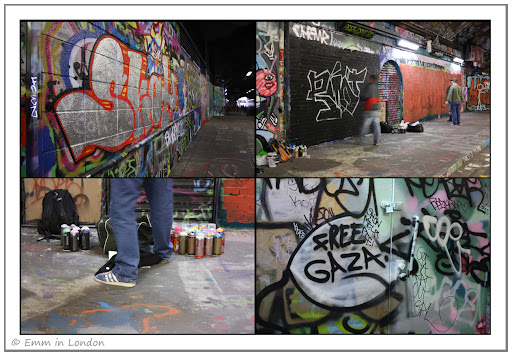 We met some street artists and they absolutely challenged what I thought I knew about graffiti artists.  They were older than I expected and in fact, the one I chatted to was the same age as me.  He said that he had not done graffiti for about eighteen years but was getting back into it.  He said he liked painting in the tunnel because you could take your time and that they would be there for most of that day.  He remarked at how different this was to rushing like they had to when they were painting the sides of trains or buildings. 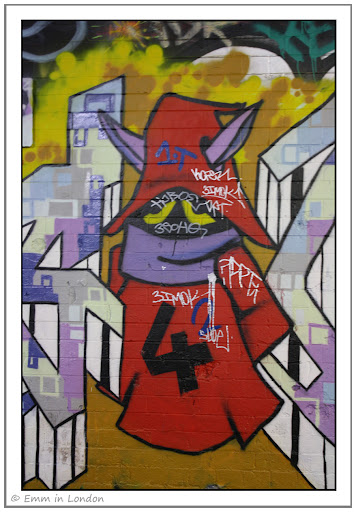 The world famous Banksy is said to have started the Leake Street Graffiti Tunnel back in 2008 as part of his Cans Festival.  The face of the tunnel is forever changing and I imagine that it is the kind of venue that I will want to visit again and again. 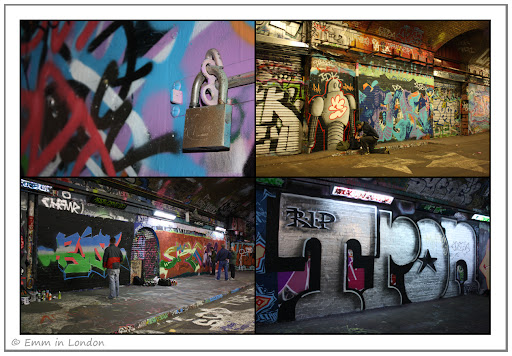 Look out for a guest post on the fabulous Stik later in the week!