The Vaal River at Emerald Palace 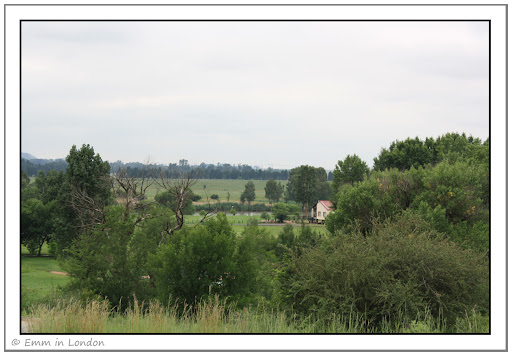 We only stayed one night at the Emerald Palace Casino and resort in the Vaal River in December.  After the brilliant African sunset of the previous evening, we woke up to a typical, cloudy summer’s morning.  In the summer months in Johannesburg and the province of Gauteng, it is the rainy season and all of that beautiful greenery you see in the photo above is courtesy of the incessant rain!  If you enlarge the photo above (by clicking on it) you can just make out the Vaal River winding past the boat house.

It didn’t look to bad from our vantage point up in the hills but the Vaal River was filled to capacity in December.  Just before Christmas, news had broken that the Vaal Dam was overflowing and that it was 101% full with four sluice gates open.  Well, by the time this photo was taken on 27 December, it was more like 110% and all five sluice gates were open. 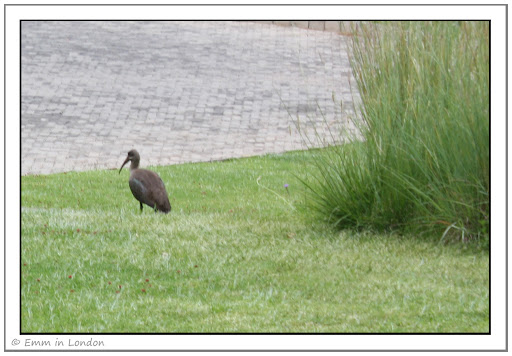 Being of a daring nature, we decided to walk on down to the river and spot this hadeda (a kind of ibis).  Hadedas are known for their obnoxious and loud cries as they fly over people’s houses at 4am in the morning and they also lay their eggs in the most inconvenient of places. 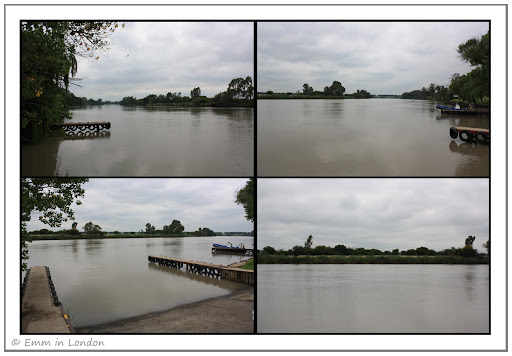 It was both thrilling and frightening to see the Vaal River this full.  It hadn’t burst its banks at that stage but it is certainly not safe to play any water sports on the river or the dam when it is in this state.

Of course, my four-and-a-half-year-old godchild is infinitely braver than I am and she took a nice walk right along the bank while I got dizzy and sea-sick. 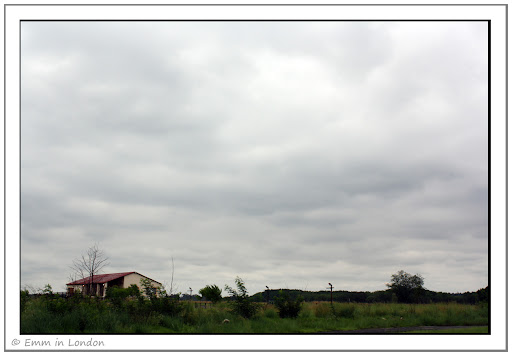 This is one of my favourite photos of all time and I might print it out and frame it.  There is just something so South African about this scene.  I could have focused more on the house and brought it down to a third of the picture but then you wouldn’t be able to see just how much sky there is in Johannesburg.  Well, this homesick meisiekind is going to make some nice English tea and watch some nice American tea and glare at the not-so-nice cold weather outside.

That reminds me.  The major difference between English and South African cloudy weather and rain?  It is cold in England! What a shock that was to my system to not see steam rising up from the pavement when it rained!