This is a sort-of guest post by Stephen. The photos of the stadium are all his, as is the commentary. Stephen bought a season ticket to Manchester United this past season and has been going up nearly every second weekend for games.  The photos are all from before the match as he was had better things to do during the match than take photos! 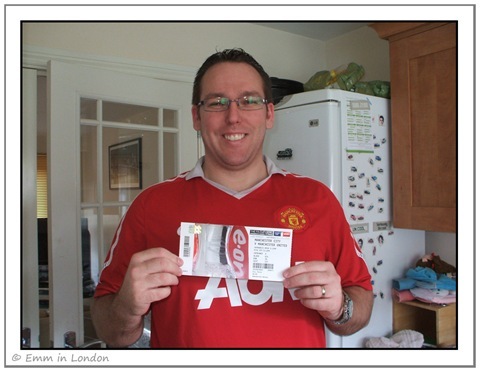 Yesterday was the FA Cup Semi-Final between Manchester United and Manchester City at Wembley.  As a United fan and season ticket holder, I had the chance to apply for tickets to the match and was lucky to get one.

The first half was dominated by Manchester United and they should have scored two goals but Dimitar Berbatov missed both. He was thwarted once by a good save from Man City goal keeper Joe Hart and the second one was just a bad miss as he put it over the bar from point blank range. 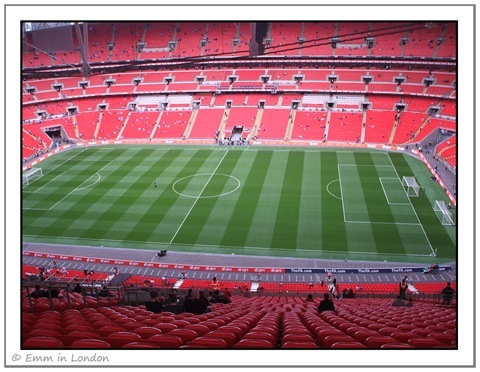 City weren't even in the game in the first half but during the break Roberto Mancini must have had something inspirational to his side for the first time ever because City came out the hungrier of the two teams in the second half.  City dominated the first fifteen minutes which culminated in Michael Carrick making a fatal error and losing the ball just outside the box. 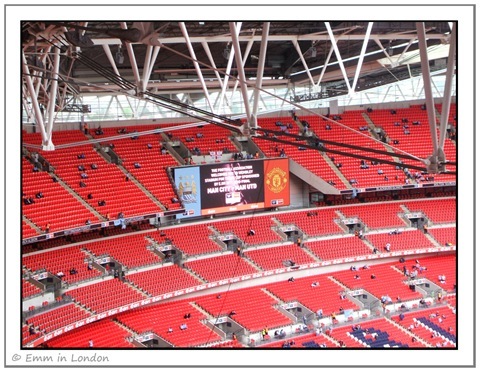 The stadium before the match

Yaya Touré finished clinically as he sent the ball past Edwin van der Sar.Then a harsh challenge by Paul Scoles got him a straight red card which effectively sealed the game for Man City.

It was pretty shocking that they allowed the City and United fans to congregate after the match as it got quite tense and there were obviously skirmishes because a couple of guys walked by with bandages and blood on their heads. 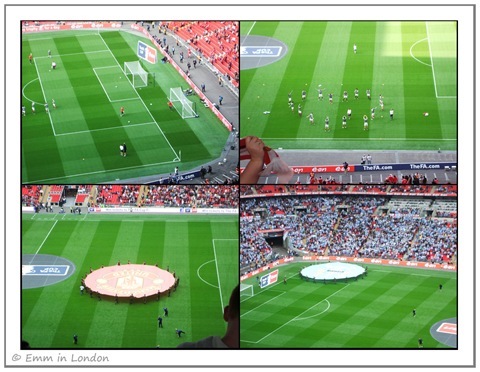 The teams warming up and the opening ceremony