The Ruins of Whitby Abbey 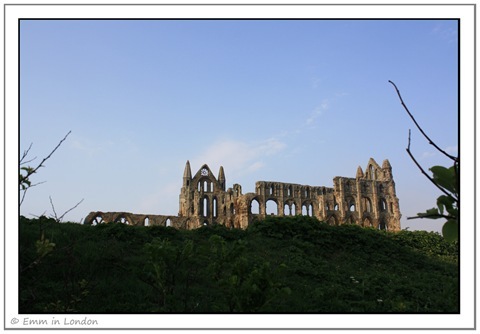 Following our Fish and Chips at the Magpie Cafe in Whitby, we decided to visit the famous ruins of Whitby Abbey. Unfortunately, we arrived at 6pm, just as public access to the abbey was closing for the day.  Given my love of castles, churches, history and ruins, it is safe to say that I was Very Disappointed. 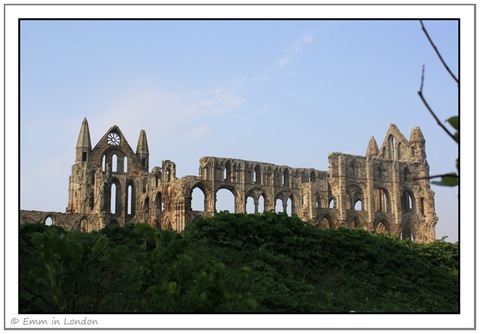 Still, being the fearless and intrepid girl that I am, I managed to climb up a bank to get some photos of the abbey from the south.  This is such a stunning ruin and I can say without a shadow of a doubt that I will be back to see it again one day. 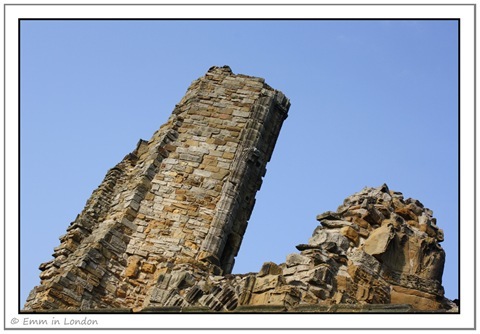 I wonder what work is being done to preserve the ruin from further eroding?  Not even mountains are safe from the ravages of time, sea salt and weathering. 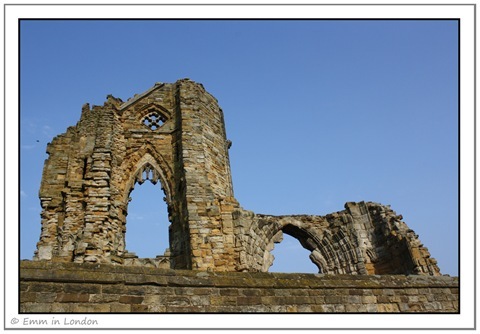 This was the closest I came to the ruin.  I was on the other side of a wall when I had wanted to stand inside of it! 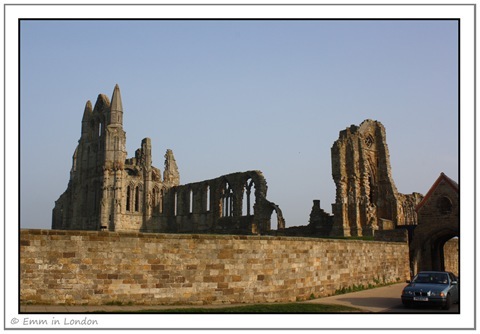 There is an almost surreal air to the abbey and the atmosphere is powerful.  I guess the word I’m looking for is “epic”.  It is an absolutely majestic structure and proud despite crumbling down.  It is hard to explain why but Whitby Abbey had a much greater effect on me than Stonehenge but it seemed to be so much more important and historic.  Perhaps I was still under the spell of the sea fret? 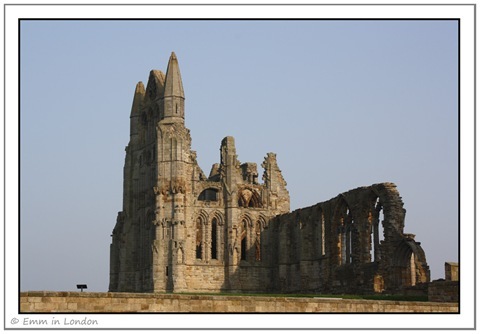 Some of you might know that I hold a national certificate in health and safety.  Let’s just agree that me balancing on top of a fence on my tip toes while I took this photo (supported only by my similarly qualified husband), was the epitome of recklessness, negligence and unsafe practice.  Still, I escaped unharmed and was pretty happy with the result.