As we were drawing to the end of our London Cab Tour, our driver Graham turned to us with a glint of mischief in his eye and said that he knew somewhere he could take us that he was quite sure we had never been before.  Graham had previously said that it was nice to have passengers that were familiar to London because we had been able to explore the city in a little more depth than usual but I could that he was itching to surprise us. 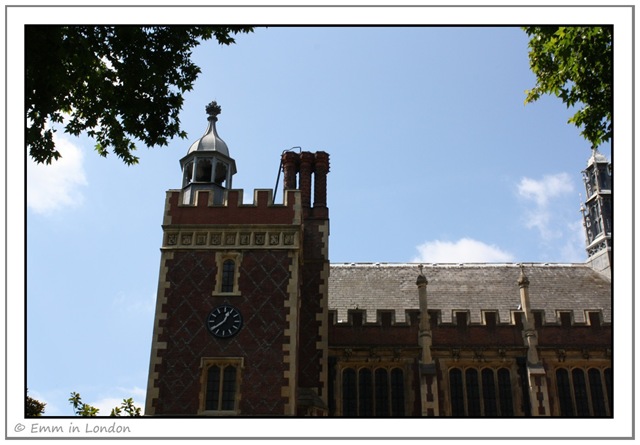 We drove up to an ornate gate and gained access into a private road. The guard was obviously familiar with Graham because this is not usually somewhere that members of the public can wonder around. 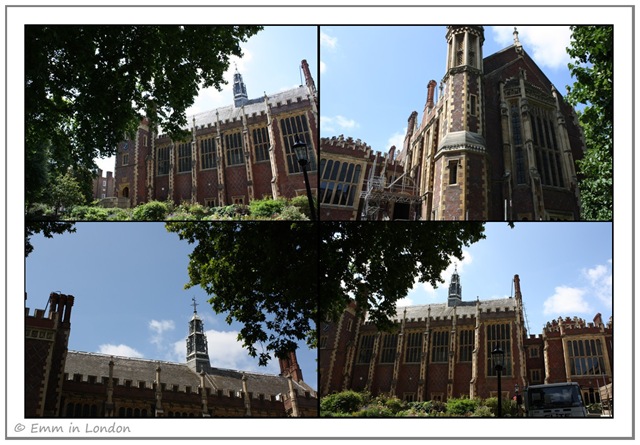 We were in Lincoln’s Inn, Holborn and the photos above are of the Great Hall which was built in the 19th century.  In addition to being used for functions and dining, the Great Hall is where barristers are called to the bar. 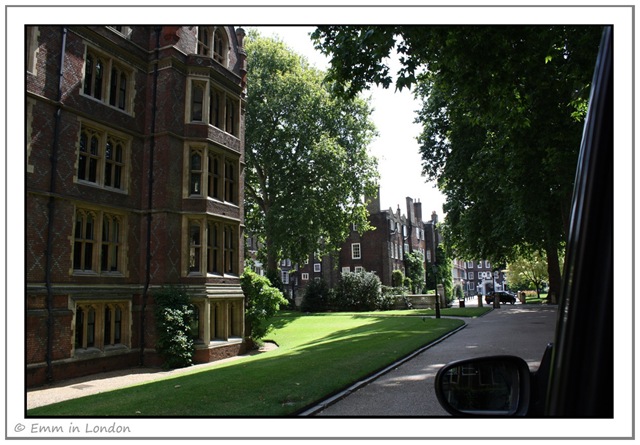 Lincoln’s Inn is situated around the back of the Royal Courts of Justice and it is one of the four Inns of Court in London.  The Inns of Court are the professional associations to which barristers must belong in order to practice as barristers.

It was all quite fancy and impressive and I just know I’ll be looking out for this beautiful, secluded location in the next episode of Law and Order UK. 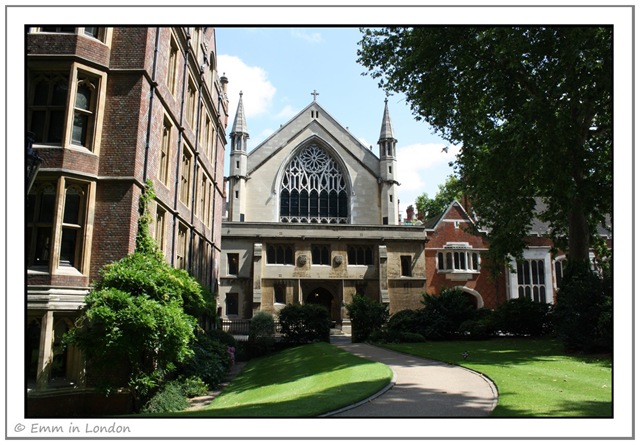 There has been a chapel on this site since 1428 but it has been extensively built and rebuilt since then.  The current chapel was first built between 1620 and 1623 by the famous Inigo Jones, was rebuilt in 1685 in consultation with the equally famous Christopher Wren and was finally rebuilt in 1915. The offices around Lincoln’s Inn and New Square is where barristers have their chambers.  Barristers are the lawyers that wear the white wigs and gowns and they advocate in court.  In South Africa, we call them advocates.  The other type of lawyer is, of course, the solicitor which we refer to simply as lawyer in South Africa.  It is all quite involved which is why Law comes a close second to Economics in fields of study I really don’t get.

Lincoln’s Inn was quite beautiful and I honestly think I would be tempted to try visit there again in the future.  It really has a presence, as if the walls exude centuries of brilliance and propriety.  It is a great place for photography and an appreciation of architecture.

That should be my last post on the London Cab Tour.  I promise to take you back to Wales in my next post!