Blue Skies and Sunshine in Johannesburg

Quite a few people remarked on how sad I seemed to be about the lack of sunshine in my post on Southend-on-Sea.  The truth is that I love hot weather and I will always miss sunshine and blue skies when they are not around.  In order to stave off the winter blues as we head into what JaPRA coined 100 Days of Darkness, I have decided that from now until the end of winter, Sundays will be sun days.  It will give me a chance to tell you about some of the places I have seen and it will also give me some much needed blue-sky-therapy each weekend.

And because my friends and family in South Africa have been so helpful in moaning about the heat wave this week, I thought I would start off with some of the beautiful blue skies we saw on our trip there last December.

To be honest, this is what most of my photographs from the trip looked like, which is why I never got round to posting about it much. 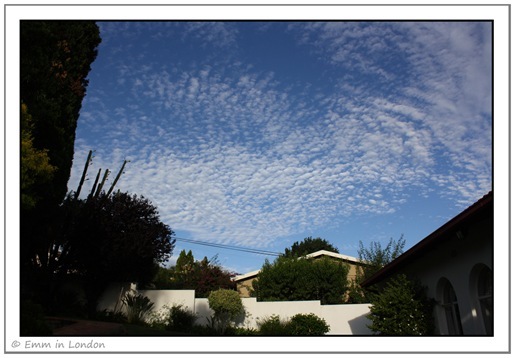 This was taken on the day we arrived on 12 December.  By this time, London was about to head into their second serious snow-storm of the season and we were seeing blue sky for the first time in weeks.  Summer is the rainy season in Johannesburg so it is very likely that most photos will have some evidence of clouds. 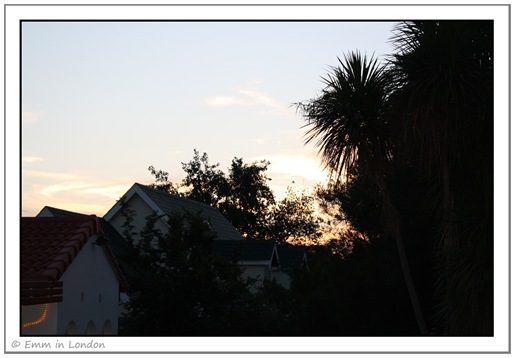 Johannesburg has the most incredible sunsets.  There just seems to be so much sky and the whole expanse of it just lights up with beauty and wonder during the sunsets.  It is at times like this that I feel the most liberated. 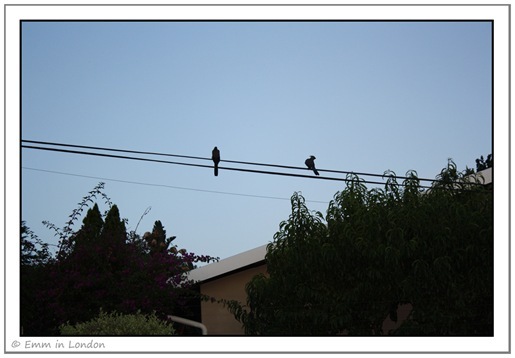 I love loeries and they are one of my favourite South African birds.  The Wikipedia article I linked to above is hilarious; I have never, ever heard of them referred to as “go away” birds.

I think it is fairly typical of any city with a rainy summer season that sometimes you’re not going to see much sunshine for a couple of days.  That certainly happened during our last holiday but I didn’t mind as it was still warm and cloudy weather is perfect sun tanning weather. 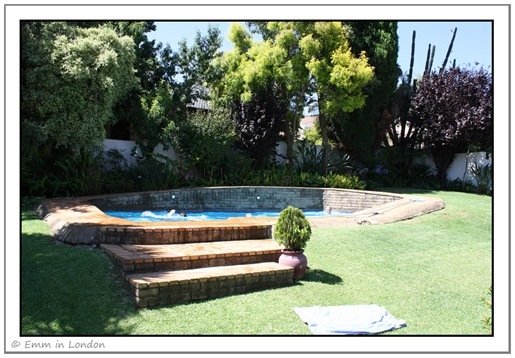 I spent the overwhelming majority of my time next to this swimming pool.  I bet you’re really glad that I didn’t blog a day by day breakdown of my trip!  Can you remember where you were last Christmas Eve? 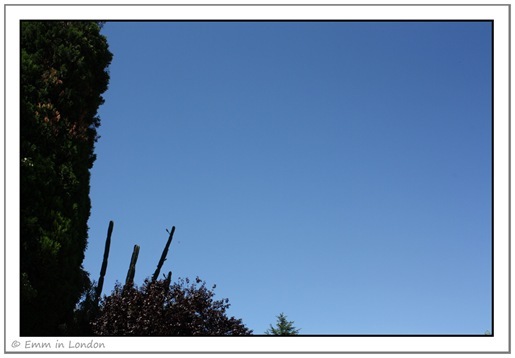 Of course, there is no better place to look up than in Johannesburg in summer.  How beautiful is that? 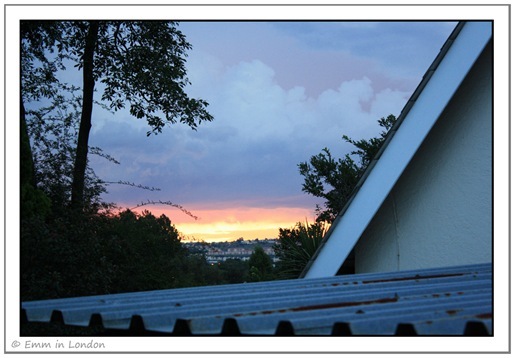 We had a magical time on Christmas Eve and Stephen made sure to call me out of the house so that I could see this exquisite sunset. 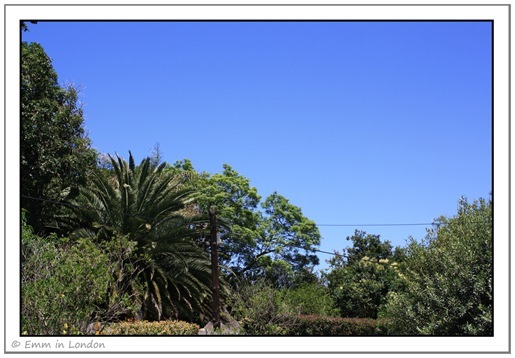 Johannesburg is the largest man-made forest in the world with over ten million trees. The second largest is also in South Africa at Graskop. I miss living in a city with so many big, healthy (and often evergreen) trees.  This photo was taken in my brother- and sister-in-law’s garden.  Look how you can’t even see their neighbours! 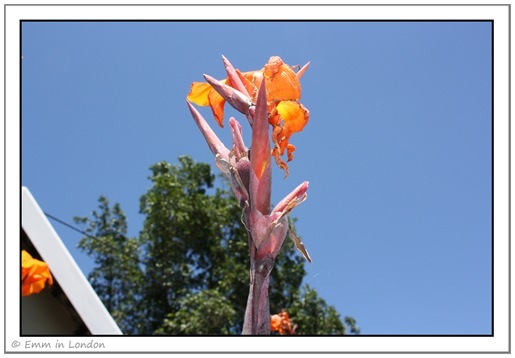 I love irises and they have a huge patch of orange irises in their garden.

Ever since I went to New York City and Washington in 2009 and noticed how many flags there were flying everywhere, I have had this “thing” about Great Britain and how seemingly embarrassed they are to display the Union Jack.  Of course, what I saw in the USA is nothing compared to South Africa.  You see the national flag everywhere, on car bumpers, over their wing mirrors, randomly on the side of the road, on products and outside buildings.  We South Africans love our flag as it symbolises hope, unity and our exceptional sporting abilities.

Well now, the sun has just broken out in England too! Perhaps I worked some voodoo with this post?