I had a slightly embarrassing experience a couple of weeks ago. I picked up my sister-in-law from Paddington Station and as we drove through London's East End, I got terribly excited when I saw a couple of Invader pieces. Of course, no one else in the car knew what I was on about so I thought it a very good idea to remedy that situation.  This is a guest post on the incredible Invader by Griff from Street Art London.  Have fun spotting the invader in each photo! 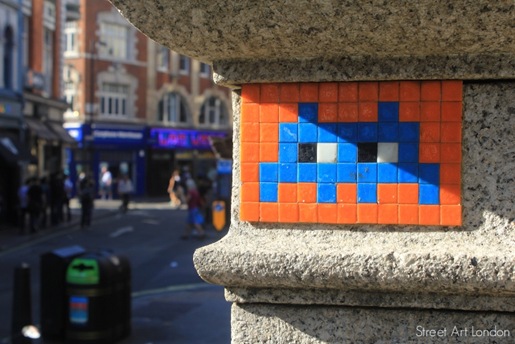 Those of you have seen Exit Through the Gift Shop will be familiar with the work of 'Invader' who featured heavily in Banksy's film. For those who are not so acquainted, Invader, as he is known, is a French street artist who has been invading cities around the World since the 1990's. It all began in Paris in 1998, but since then waves and waves of Invaders have spread rapidly to cities all over the World from Bangkok to New York, Tokyo to Berlin and most recently, this Summer, Sao Paulo. London has not been spared. 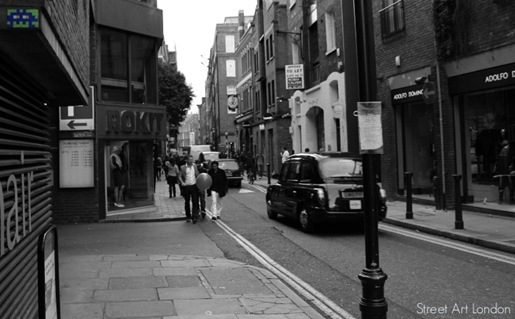 Invaders are literally that – homages to the classic Space Invaders arcade game of the 1980s. To create his street art, Invader uses tiles – usually the two by two centimetre glass ceramic ones of the type that you would tile the bottom of a swimming pool with. Thus, classic Invaders are very small and sometimes quite hard to spot given that they are made up of these mosaic tiles. However, Invader has been known to 'go big' on occasion with larger tiles and there are a few such examples lurking in London – most notably at the Truman Brewery's Ely's Yard, just off Brick Lane. 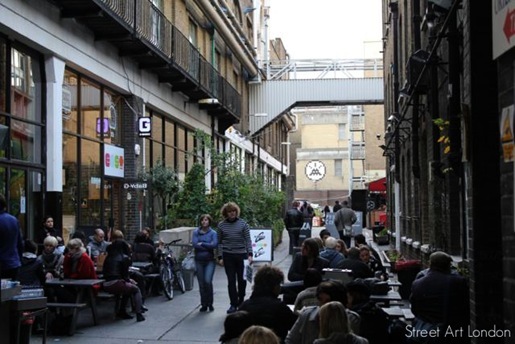 Invader's work centres around the increasing surveillance in today's urban environments and society as a whole. Invader seeks to countenance this developing trend by installing his own silent sentinels in cities to monitor its population. Invader doesn't make it easy for us to find him though and always places his Invaders in nooks and crannies, up high and down low – in places that only become obvious once you have discovered them. 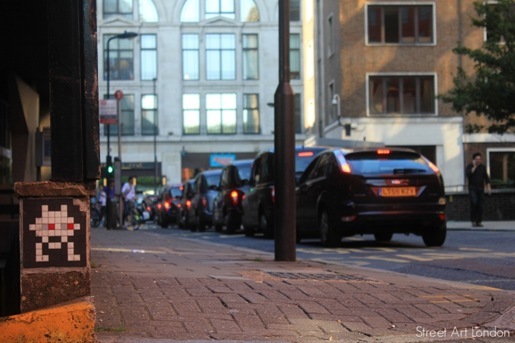 Invader has visited London on many occasions since his first visit in 1999 and overall has left over 100 Invaders in the city. Many of them are still around today if you know where to look... The images that accompany this post should yield some clues as they are all still riding on the street. There's a particularly high concentration around Soho to get you started. 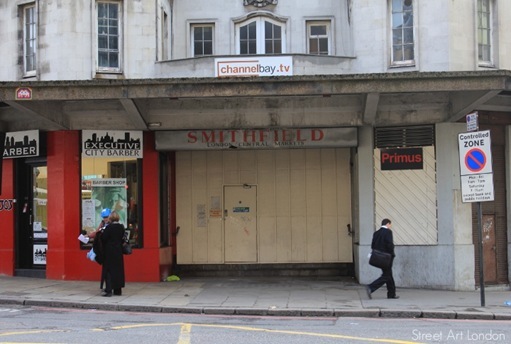 For more street art news, sightings and photographs, you can visit Street Art London and check out their Facebook community.  You can also attend one of their street art tours around east London and experience the works of Invader, Stik, Roa and even Banksy for yourself. 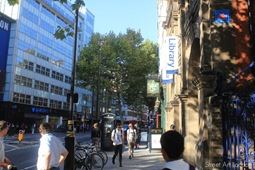 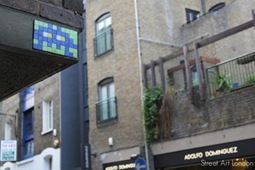 All photographs in this post are copyright of Street Art London.