Summer in the City

A record-breaking autumn of heatwaves and warm temperatures is finally giving way to a cold and grey winter.  Fear not! It is the winter solstice on Thursday 22nd December so surely it is time to begin counting down to summer?

There is no doubt that London looks better when the sun is shining and so I have decided to feature a couple of snapshots taken in the City during the summer for this week’s edition of Blue Skies and Sunshine. 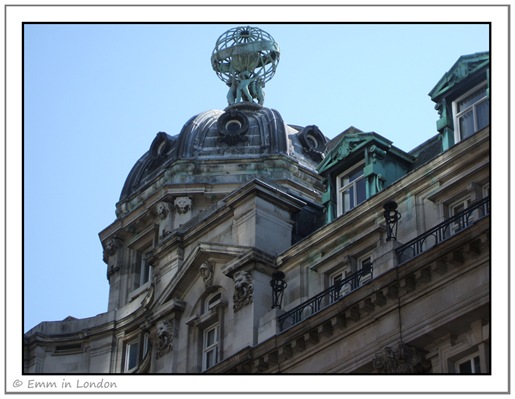 This is a close-up of the beautiful neo-classical building which houses London Metropolitan University at Moorgate.  It was built by Belcher & Joass between 1900 and 1903 and was formerly the headquarters of Cable & Wireless. I love the globe and dome details. 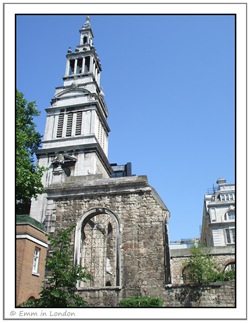 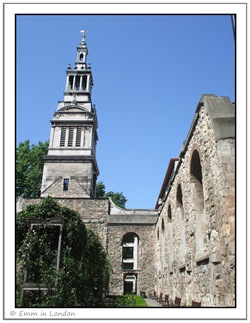 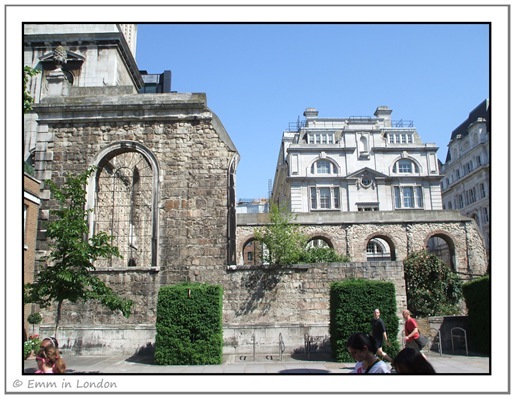 All that remains of Christ Church Greyfriars is the shell after it was bombed during the Blitz in London.  When you consider how close this site is to St Paul’s Cathedral, and that much of the surrounding area was levelled, it is amazing that St Paul’s was not destroyed too.  The bombed out Christ Church Greyfriars remains as a public garden today and a peaceful reminder of the horrors that London experienced during the extended bombing campaign. 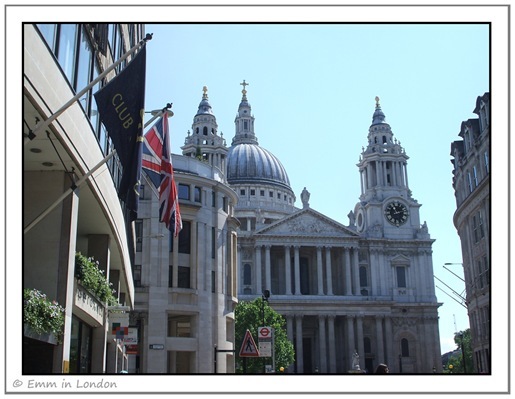 This 17th century Sir Christopher Wren building was in fact a key target of the Blitz and was in fact hit by bombs during the campaign between October 1940 and April 1941.  On 12 September 1940, a time delayed bomb hit the cathedral and was successfully defused and removed by the bomb disposal unit.  Had the bomb detonated, it would have destroyed the cathedral. 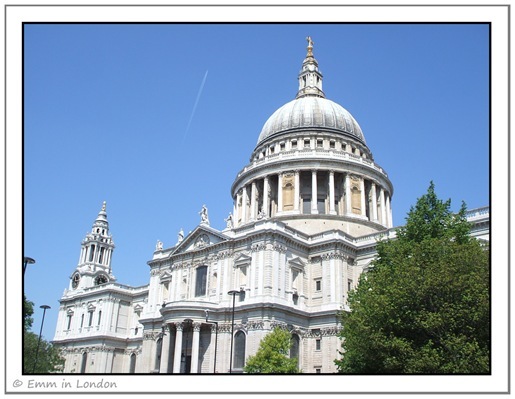 Could this just be the luckiest building in the whole of London? 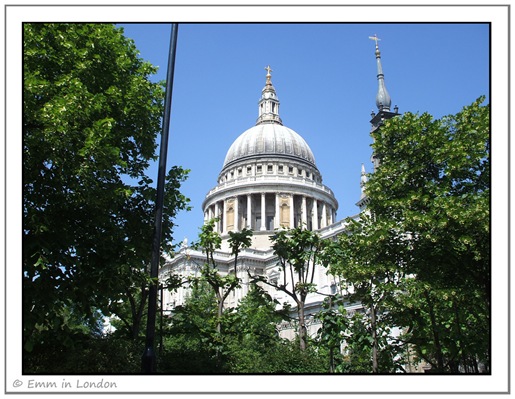 These are some of my favourite buildings in the City of London.  In 2012, I plan a self-guided Haunted London walk as well as an exploration of the old Roman sites of Londinium.  I will be sure to let everyone know when I embark on those (free!) tours, just in case you’d like to join in.