The Ruins of the Abbey of St Edmund 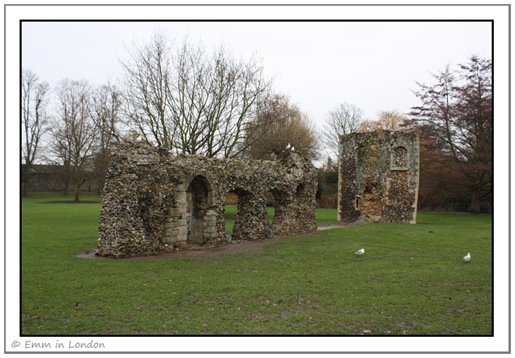 The Abbey of St Edmund was not a just building but almost a town in itself.  The ruins lie sprawling over a massive area and you can see the remains of not only the church but also of the infirmary, dormitories, cloisters and priory.  It is obvious that the abbey was quite magnificent and it is heartbreaking that it fell victim to Henry VIII’s notorious Suppression of the Monasteries in 1539.

In the photo above, you can see the remains of the garden wall of the abbot’s garden (left) and the dovecote (or pigeon house).  The abbot lived apart from the other monks in his own palace but the abbot’s palace is now completely demolished.

It was a grey, cold and cloudy day on the day we visited, so do click on the photos to see more detail. 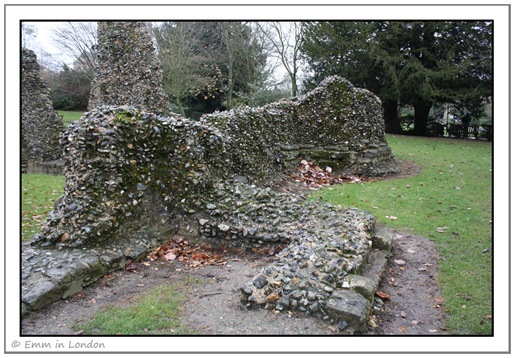 The buildings above were located on the edges of the complex, between the abbot’s palace and the church.  I think they may have been the monks' dormitories. 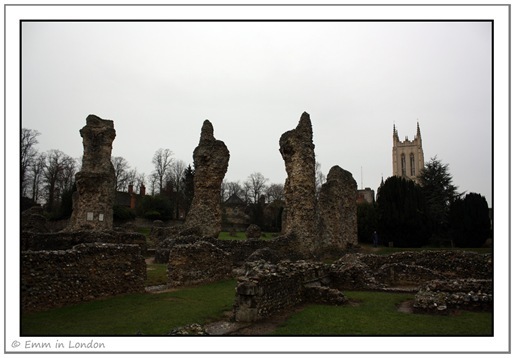 The Abbey of St Edmund was built on a cruciform plan in the early 1100s.  In the photo above, you can see the north transept of the abbey with the St Edmundsbury Cathedral peeking out to the west. 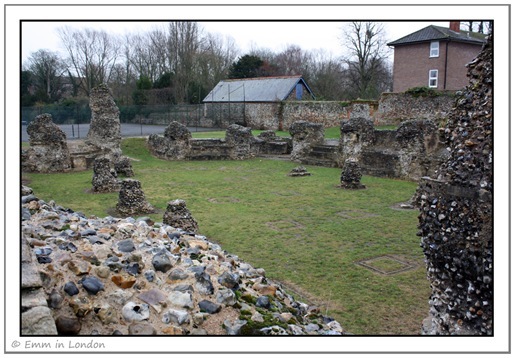 This is the east-facing apse of the abbey where the shrine of St Edmund was located behind the high altar.

Do click on the photo below to see the 19th century historical marker. It looks like these plaques were installed in 1842 and I find it interesting that the ruins would been as inspiring to visitors 170 years ago as they are today. 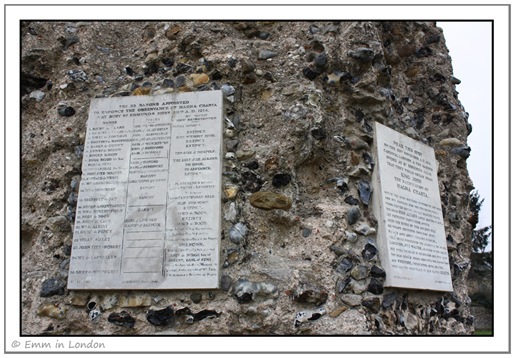 In 1214, it was at the altar of the Abbey of St Edmund that 25 barons swore to obtain the ratification of the Magna Carta from King John. 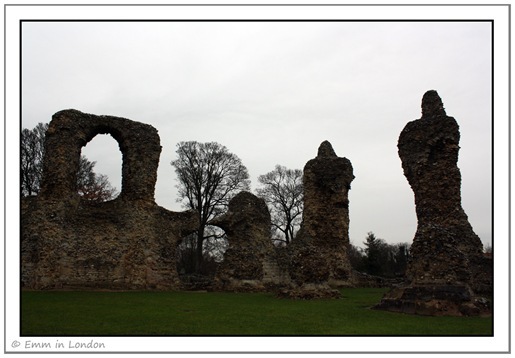 This is the north transept of the abbey taken from inside the church. 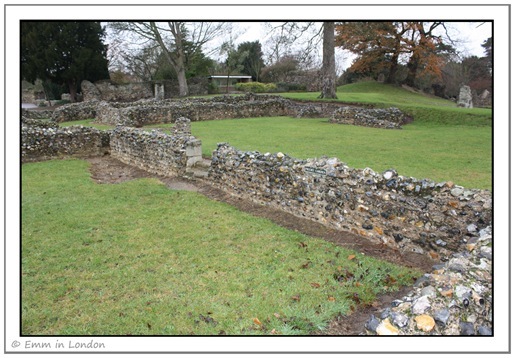 This is all that remains of the walls of the prior’s garden. 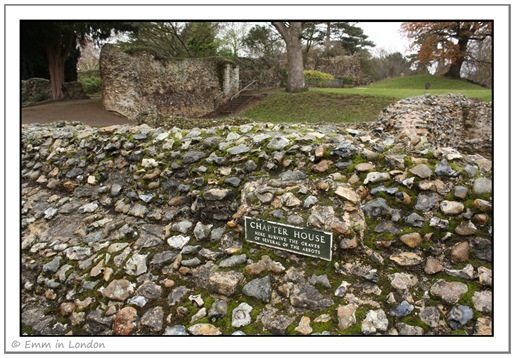 The chapter house is one of the more exciting parts of the ruins for it is where the remains of several of the Abbey’s abbots are located.  A manuscript discovered at the end of the 19th century revealed that eighteen of the abbots were buried in the chapter house and the coffins and remains of five of the abbots were revealed to the public in 1903.

Thankfully, the coffins were closed again and today, you can see the five graves.  In the photo above, I have featured the grave of the abbot Samson who lived from 1182 to 1211. 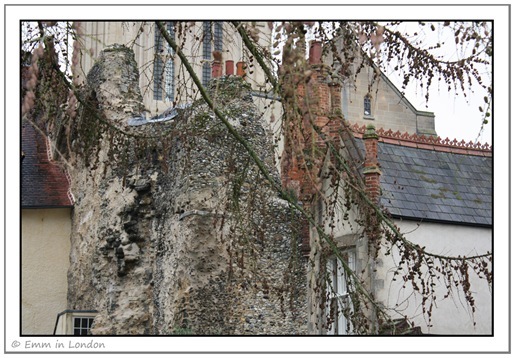 One of the strangest aspects of the ruins is that houses have been built right against them.  I think this reveals the selective nature of the decline of the abbey and it is strange that it was allowed to fall into such a state of ruin while the houses and  St Edmundsbury Cathedral remain.

During Henry VIII’s reign, the cathedral was known as St James’s Church and it was located within the precinct of the abbey.  It was first built in the 12th century but was largely rebuilt in 1503.  At the time of the Suppression of the Monasteries, St James's Church was a parish church, which I believe is linked to its survival. It is now a Church of England cathedral.