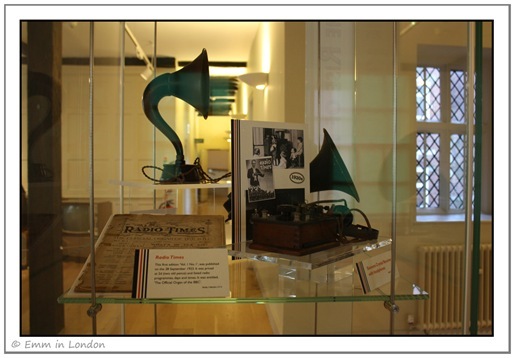 One of my favourite sections of Hall Place was the Sound and Vision Exhibition which takes visitors through a history of home entertainment.  I found it fascinating and it appealed to my love of history, media and television.

The revolution of home entertainment began with Thomas Edison’s patented phonograph machine, followed swiftly by Emile Berliner’s invention of the gramophone, both occurring in the late 19th century. Guglielmo Marconi’s innovations in wireless technology during the 1890s changed the face of communication worldwide, especially during World War I as parties were able to communicate across great distances first through Morse code and later using voice technology. The ability to transmit soon turned into the birth of broadcasting and the British Broadcasting Corporation was formed on 18 October 1922.

While Edison and Berliner succeeded in bringing music and entertainment to people’s own homes, that was nothing compared to the advent of radio which brought news of a world war into people’s living rooms. It may surprise you to know that the father of television, John Logie Baird, had all but perfected his invention by January 1926 and the BBC began transmitting and producing programmes throughout the 1930s. This service was suspended during World War II and television services resumed in 1946. Television went on to win the battle to become the world’s number one form of entertainment and the rest, as they say, is history.

The exhibition features excellent examples of vintage phonographs, gramophones, radios and televisions and runs until March 2012.  It is a small exhibition so I wouldn’t suggest going all the way to Hall Place just for this, but I definitely think Hall Place has enough to offer to entertain visitors for an afternoon.  As with the rest of Hall Place, entrance is free. 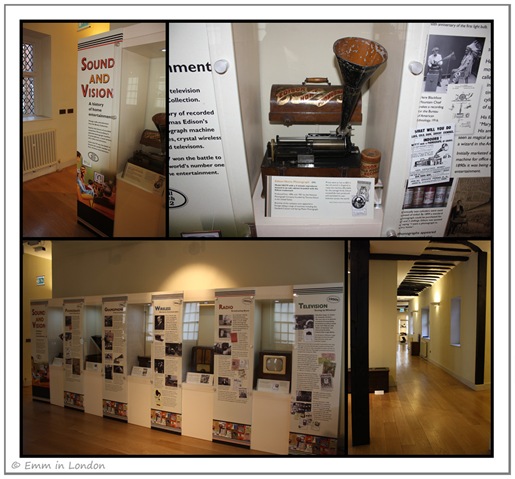