The Bombed Out Church St Dunstan-in-the-East 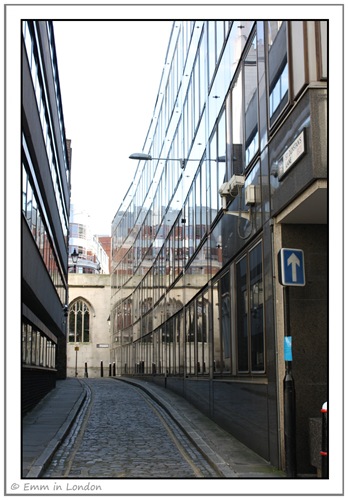 The best aspect of living in London is the secret passages and historical gems you will discover amongst modern structures of chrome and steel.  On this occasion I knew exactly where I was going but had I not been looking for it, it is possible that I would have wondered right past this alley way and not walked up St Dunstan’s Lane to the bombed out ruins of St Dunstan-in-the-East.

Be sure to click on all of the images below for enlargements. 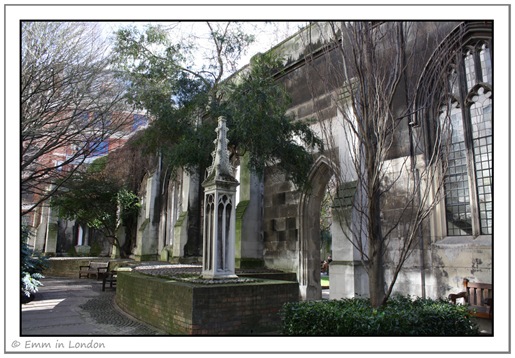 As you approach St Dunstan-in-the-East, it might look like a particularly overgrown or derelict church but it is not.  St Dunstan-in-the-East was one of several churches that was destroyed during the Blitz of 1941.  Originally built in Saxon times, refurbished in the 17th century, it was severely damaged in the Great Fire of London in 1666.  It was repaired and a Sir Christopher Wren-designed tower and steeple was added at the beginning of the 18th century. 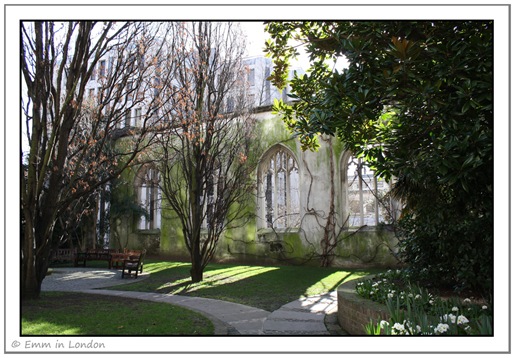 All was quiet for more than a century until severe structural damage was discovered at the beginning of the 19th century and the entire church, except for Wren’s tower, was rebuilt.  Again, there was calm for another century until the Second World War. 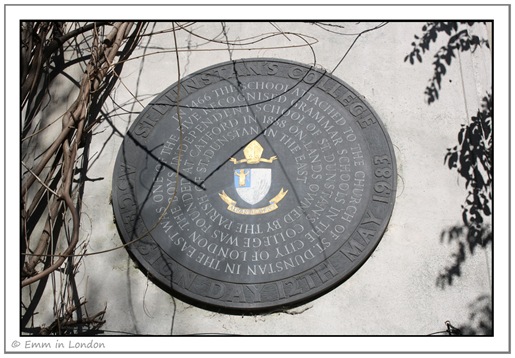 All that remained after the terrible damage of the Blitz was the four exterior walls plus the tower and steeple. St Dunstan-in-the-East was designated a grade I listed building in 1950 and in 1967 the Anglican church made the decision not to rebuild the church but to turn it into a public garden. 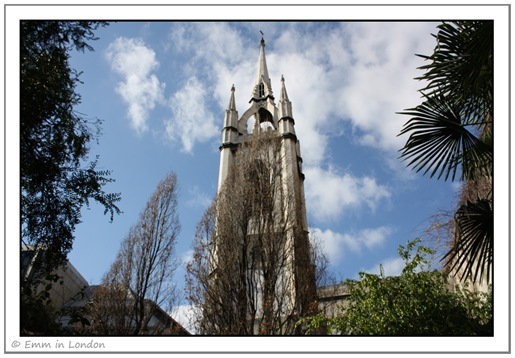 (I’m really sorry that the photo above didn’t come out so well.  I was playing around with manual focus and did not realise it was out of focus until I got home).

I was all alone in the garden for the longest time and I found the experience quite profound.  I had wanted to visit St Dunstan-in-the-East for several years but it was more than that.  It was a beautiful, sunny Saturday afternoon and it was absolutely silent in the ruins.  I tried to imagine what it must have been like to be a parishioner at this church but all that I came away with was the incredible sense of loss they must have felt when the church was destroyed. 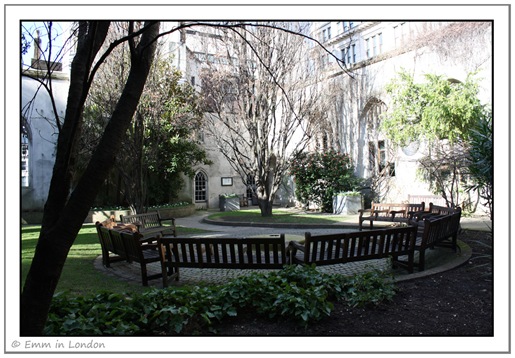 Many of us spent so long listening to the stories of our grandparents about that time but (to their credit) those were often tales of bravery, strength and overcoming incredible adversity. We rarely heard about the pain, fear and loss; the experience of wondering around the neighbourhood and coming to terms with the sheer scale of the loss to life and property.

"A church was first built on the site of this garden in Saxon times. It was restored by St Dunstan in 950AD and then rebuilt by Sir Christopher Wren after the Great Fire in 1697.  Only the tower of the Wren church survives.  The garden was laid out following severe damage to the church in the blitz, and opened as a public space in 1967”. 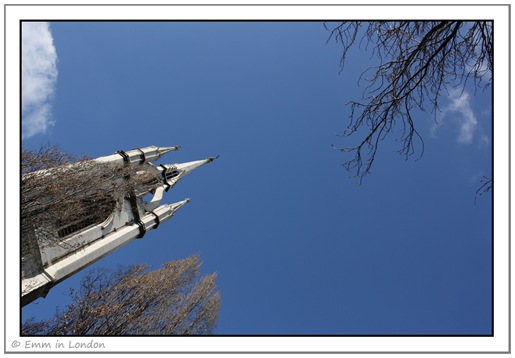 How incredible is it that our parents managed to bring us up feeling safe and secure in the world when they did not experience that when they were growing up?  That our grandparents showered us with gifts when they could not supply their own families with basic goods because of rationing and shortages? 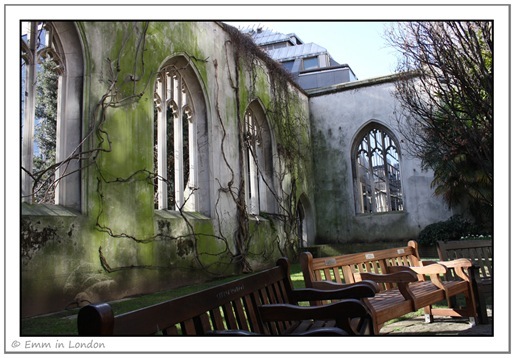 This is what wandered through my mind as I explored the gardens.  It really is such a beautiful, peaceful space. 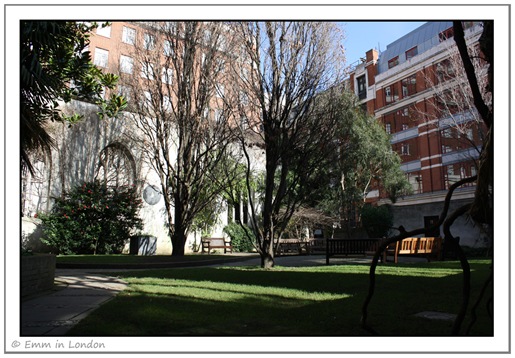 St Dunstan-in-the-East is my new favourite place in the whole of London and I am quite determined to make it up there in my lunch hours.  It is less than a mile from my work so would take me 16 minutes to walk there and back, leaving me 16 minutes to relax and it would absolutely be worth the exercise. 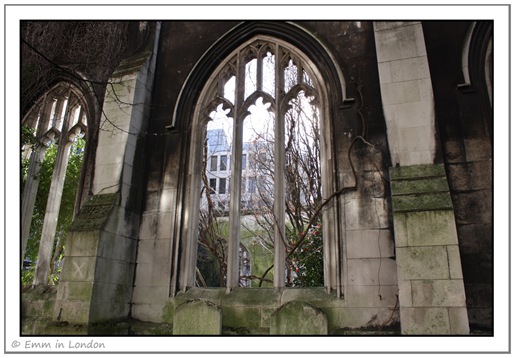 What is your favourite hidden or secret location in London?