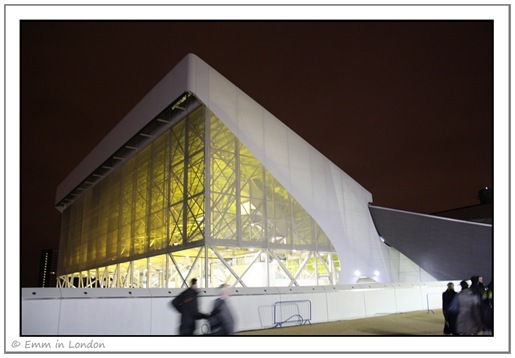 No list of “things to do in London this summer” will be complete this year without mentioning a trip to the Olympics.  Now I know most people are playing it cool, as they were a year ago with the Royal Wedding, but mark my words: London is about to go Olympics crazy.

Last week I was extremely fortunate to visit the Olympic Park when Thomas Cook invited a group of bloggers to experience the excitement of an Olympic test event. 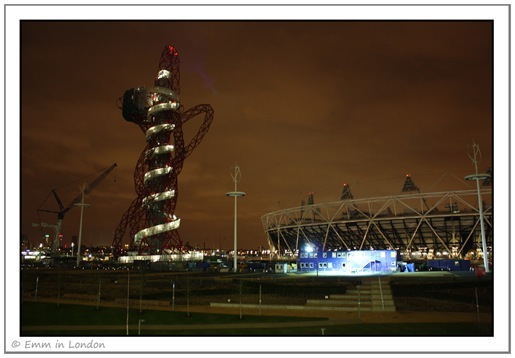 Anish Kapoor’s ArcelorMittal Orbit and the the Olympic Stadium

From Stratford underground station, we walked through the new Westfield Stratford shopping centre to arrive at the park.  Once we’d cleared the airport-style security, we took a moment to appreciate Anish Kapoor’s ArcelorMittal Orbit and the main Olympic Stadium where the Athletics and Paralympic Athletics events will take place.  The Orbit is actually an observation tower and is 115 metres high.  According to Wikipedia, the “steel sculpture is Britain's largest piece of public art, and is a permanent, lasting legacy of London's hosting of the 2012 Summer Olympics”. 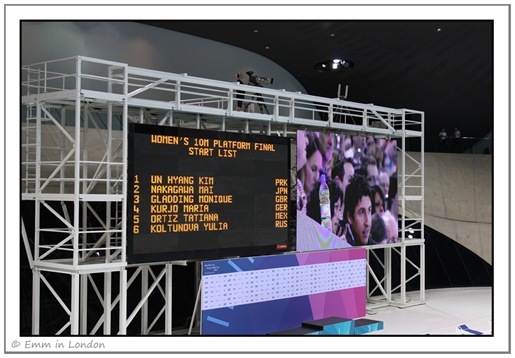 Well, as interesting as the park is, we were there to see the Women’s 10m Platform Final in the 18th FINA Diving World Cup.  Twelve women took part in the final and they came from China, Russia, Canada, Mexico, Germany, Japan, Italy, DPR Korea and Great Britain.  I’m sure you can guess who the crowd was cheering for! 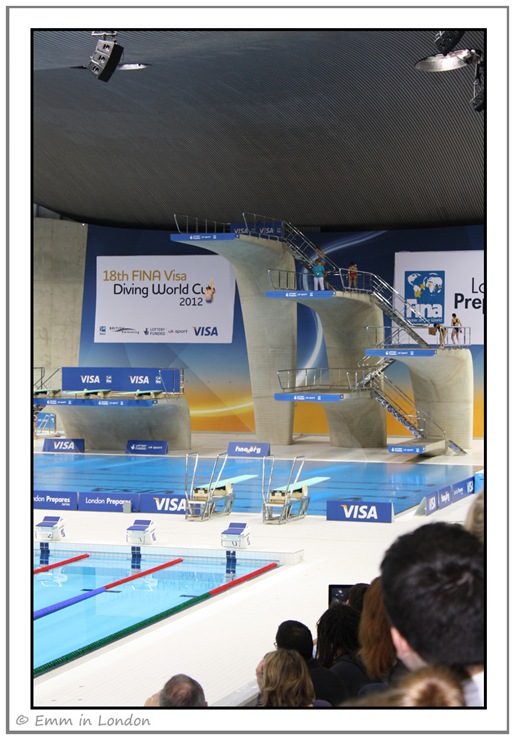 I have to say that I felt really fortunate to have the chance to watch the top 12 women 10m divers in the world battle it out for the title of world champion.  I am just glad that I am not one of the judges.  All of the divers looked incredible to me and I was only able to detect slight differences in quality when watching the slow motion replays. 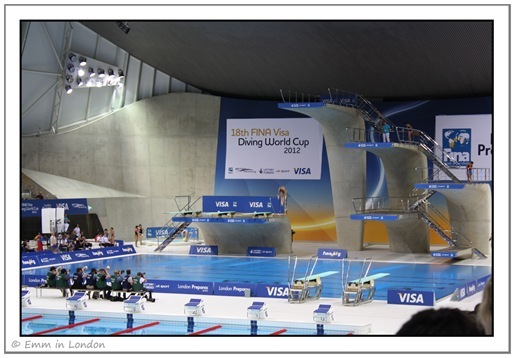 I did pick up that they are meant to hit the water at a perpendicular angle with the least splash.  The problem is that it looks so much more impressive when they hit the water with a big splash!! 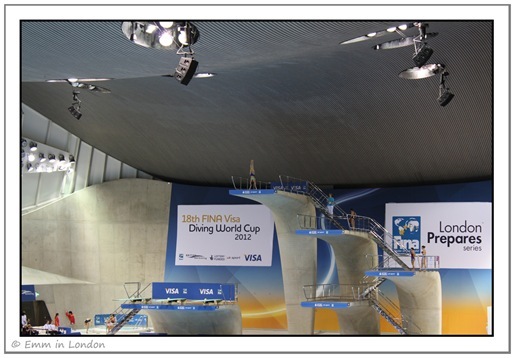 We were quite close to the scoreboard so I know that it is a case of spot-the-diver in the photos above! You can click on the photos to enlarge them.  I did like it when they began their dives from a handstand position, as in the photo above.  Some of them got into their handstand from a standing position and some did a small cartwheel from the side.

My favourite dive was when they start with their back facing the crowd, jump straight up and then fold their bodies over without twisting.  It always looks as if they narrowly miss hitting the board with the back of their heads and is certainly the most breath-taking dive! 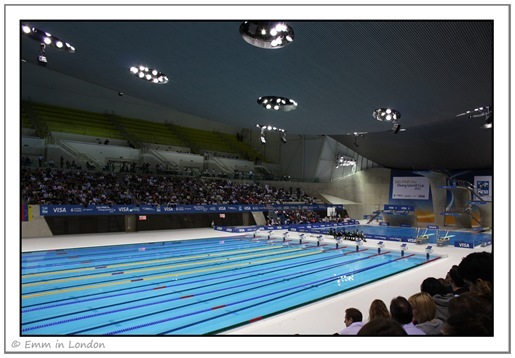 My favourite Olympic sport is actually the swimming and as Stephen works for one of the Olympics sponsors, he has applied for tickets for the swimming and field hockey test events.  I would love to see the crawl but any kind of swimming would be good. 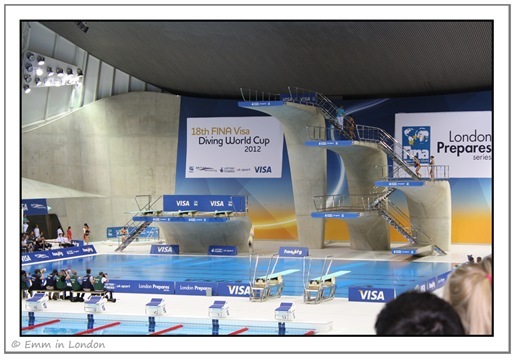 It was a really thrilling, fast paced event and was over after 90 minutes.  Yadan Hu from China dominated the first half of the event (there are five rounds in the final) but Ruolin Chen, also from China, was more consistent and she eventually gained the upper hand in the final two dives to win the event.  Both were outstanding divers. 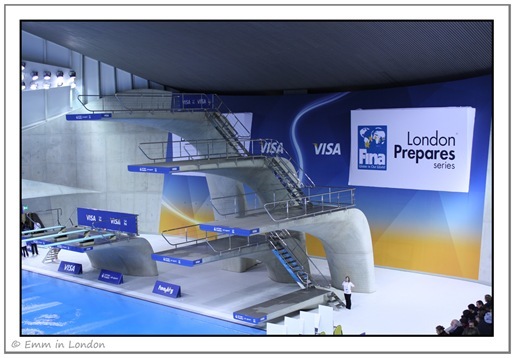 By the way, if you do go to an Olympic event, you need to know that you cannot use flash photography. I was not aware of that but apparently it can be quite dangerous for the athletes, especially for divers.

After the event, I went down to take some close up photos of the podium and the diving pool.  If I do go to more test events, I hope I get to sit closer to the action! 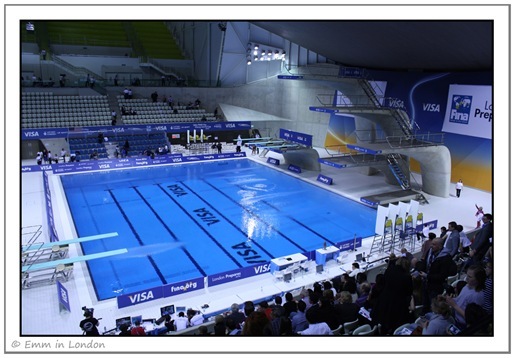 There is a black and white photo set of the event over at the Emm in London Facebook page.  Do “like” the page if you prefer to receive your blog updates through Facebook.

By the way, what do you think of Blogger’s light box function (where you can click on a photo in a post and it will bring up the full set for you to peruse)?  Should I activate it on this blog?