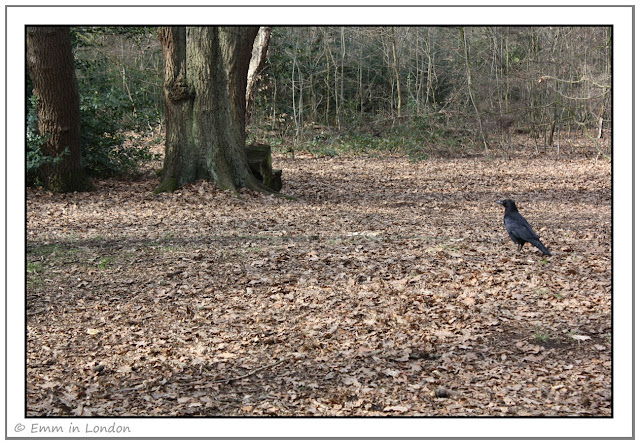 On Sunday morning I was up bright and early to meet up with friends Melizza, Greg, Sara and Chris for a walk around Highgate, Muswell Hill and Alexandra Palace.  We all met up at Highgate tube station at noon and headed into Highgate Wood. 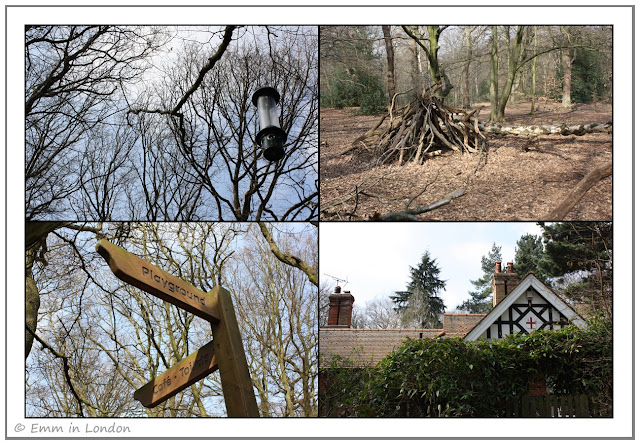 It was a lovely warm day (which is pretty lucky as I had ventured out without a coat!) but as you can see from these photos, spring has no intention of making an appearance until we get some rain! 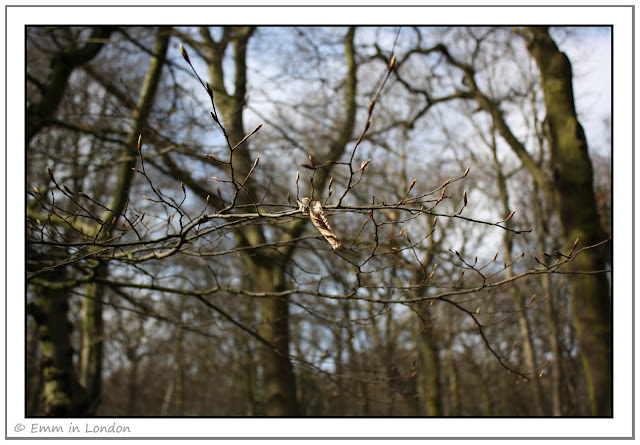 After spending all of half an hour in Highgate Wood, we rushed off to The Quarters Cafe on Archway Road for some much needed refreshments and food.  We then walked up to Highgate Village and caught a bus to Muswell Hill where we visited Alexandra Palace. 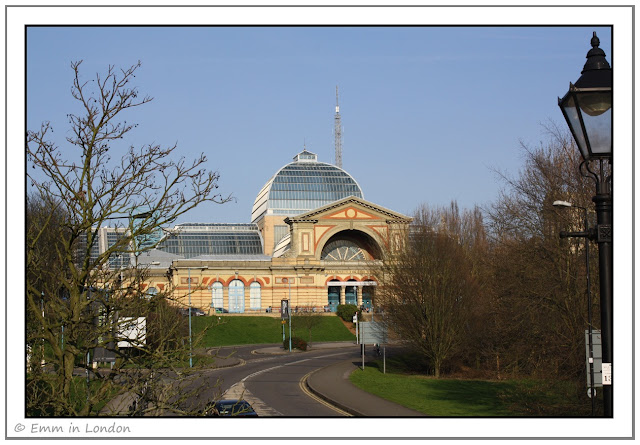 Known locally as Ally Pally, Alexandra Palace is a stunning example of Victorian architecture and it sits right at the top of a hill overlooking north and central London. 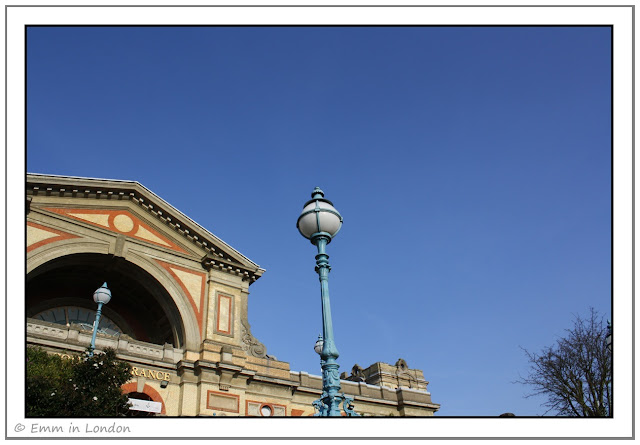 Blessed with beautiful blue skies and sunshine, we approached the famous Palm Court Entrance of the palace from the south. 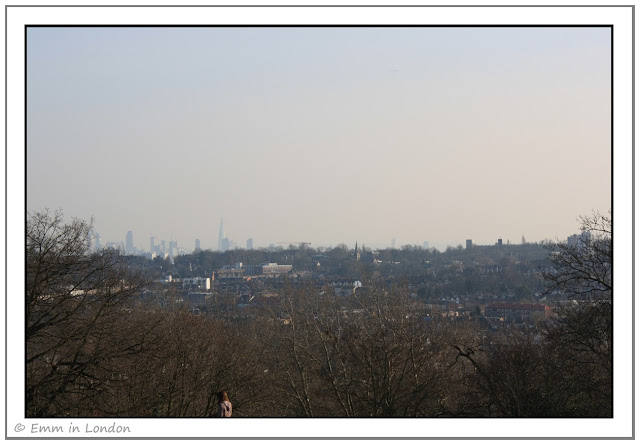 The views from Alexandra Palace are amazing.  Above, you can see the view to the south and if you click on the photo, you will be able to make out the Shard just left of centre. 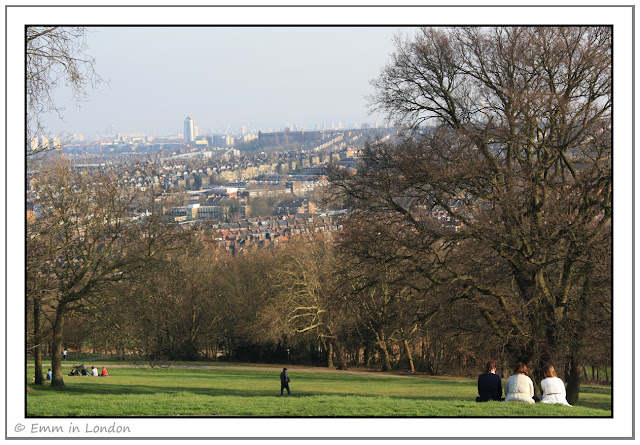 This is the view to the south-east.  I think these three girls had the right idea to sit in the sun and gaze into the distance! 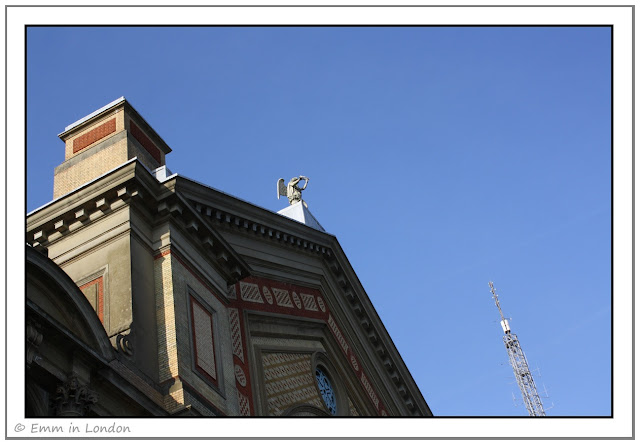 This is the renowned rose window on the south east front of the palace and the world famous Marconi antenna to the right.  Alexandra Palace was never really a palace, it was built as a place of recreation and entertainment in 1873.  It rose to worldwide prominence in 1936 when it became the home of the BBC and the world’s first regular TV service was broadcast from here.  Wikipedia says that the iconic radio antenna is still in use today.

No visit to Ally Pally is complete without view the splendid Palm Court.  This is a domed conservatory and is maintained at a rather humid temperature to benefit the collection of palms and exotic plants. 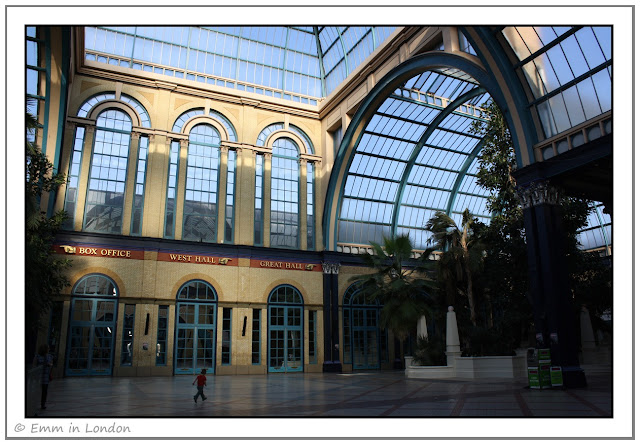 You can get a feel for the scale of this magnificent area if you contrast it with the tiny little boy in the photo above.

You can read all about the colourful history of palace and the shenanigans surrounding its construction over at Alexandra Palace London: a peoples' palace.  Hels, I couldn’t help thinking of you when I visited the Palm Court and I knew you’d appreciate these photos!