Following a glorious autumn and the mildest winter in living history, Londoners could be mistaken for believing our luck was in with an early spring in February and March.  Alas, it was not to be as our luck turned at the end of March and the weather has been positively miserable ever since.

This would explain why, two days before our proposed tour of Little Venice, Mela and I sat huddled over hot cups of chai tea, discussing possible alternative arrangements should the weather be too horrible to go ahead with our plans.

Preparing for the worse, we set out bright and early last Saturday morning and we were blessed with perfect walking weather: bright and sunny in parts but not so much so that it makes walking unpleasant.

We began our adventure in Maida Vale, stopped for lunch in the Indo-Chinese restaurant Banana Tree and then strolled through posh neighbourhoods to Warwick Avenue where we arrived at Little Venice.

We were amused to see the “Borough of Paddington” sign above.  This borough existed from 1900 to 1965 but was then merged to become part of the City of Westminster.  Still, with such an ornate Victorian crest, I can see why they would want to keep it there. 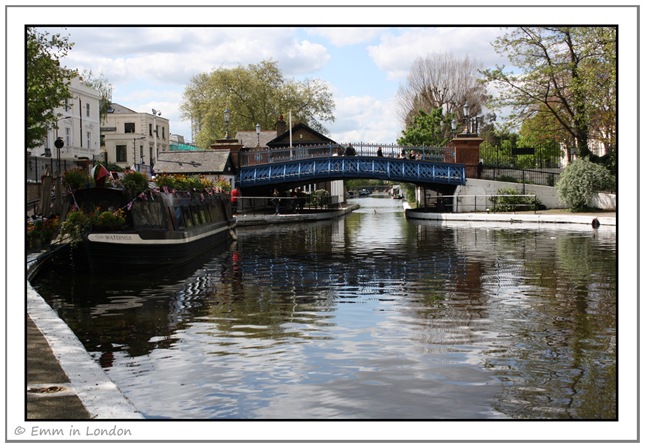 In the photo at the top, you can see the Waterside Cafe which is a gorgeous little riverside cafe where you can enjoy afternoon tea on board the canal boat or seated beside it. We hadn’t quite burned our lunch off though and decided to keep going instead, with a promise to return one day.

Well, there is nothing left to do but join us as we wander along Grand Union Canal towards Paddington. 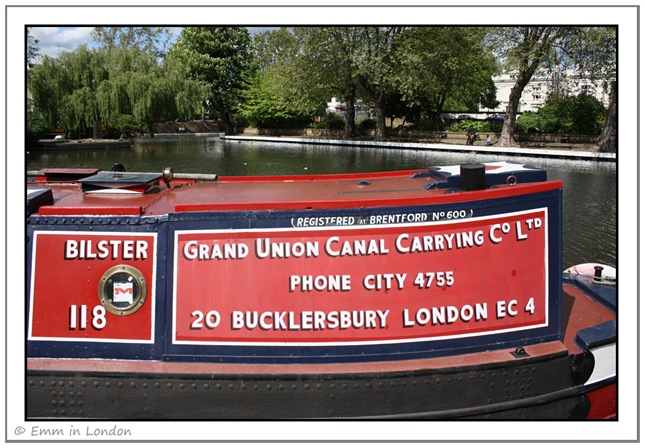 Naturally, there were countless canal boats.  I absolutely love the idea of spending a summer aboard one of these boats.   I can imagine myself reading a pile of books (of the paper, non-electronic variety, even) and sipping tea above board.  I wonder what the canal boat above is used for these days?  The Grand Union Canal Carrying Company was around during the heyday of England’s canal ways and closed down in 1948. 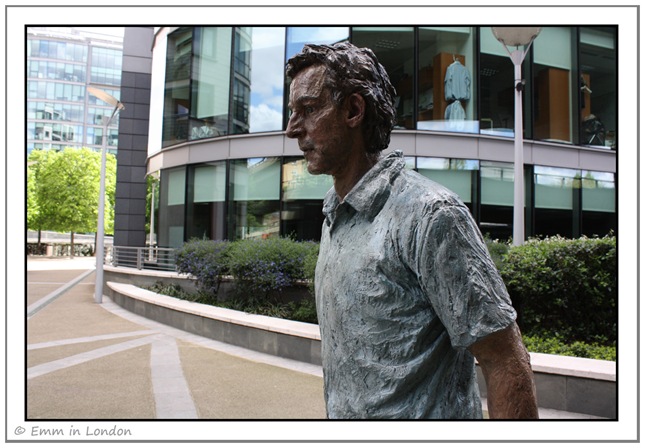 One of the reasons we chose this particular route was to spot some of the installation art in the area.  This is Sean Henry’s “Standing Man” (2003) and he was incredibly lifelike as he faced another standing man. 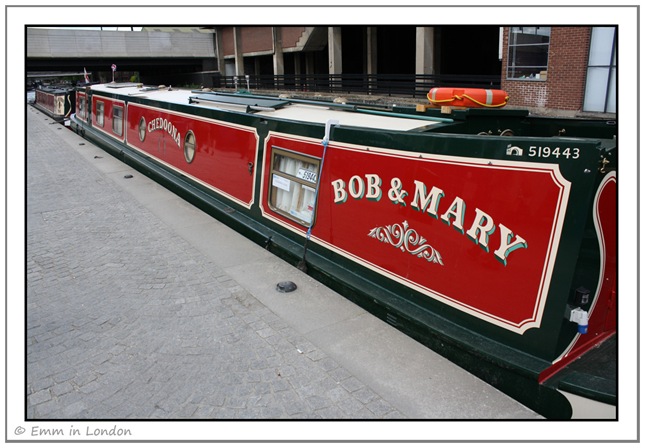 I loved the name of this canal boat and wondered who Bob and Mary were and whether they were still so in love. 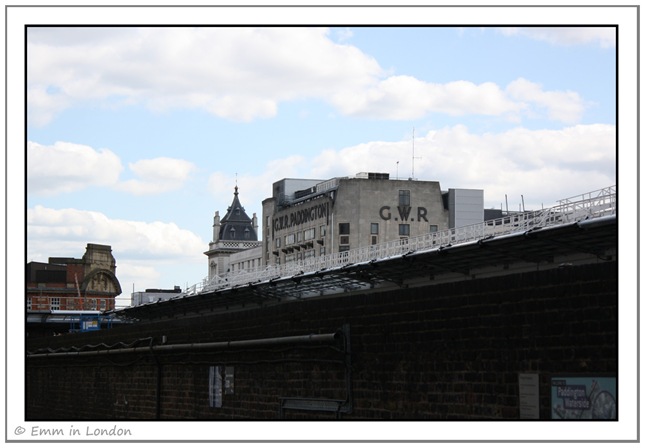 We soon found ourselves behind Paddington Rail Station in the area known as Paddington Waterside.  There was suddenly a lot more concrete around and the canal ways were no longer as green and pretty as they had been around Browning’s Pool. 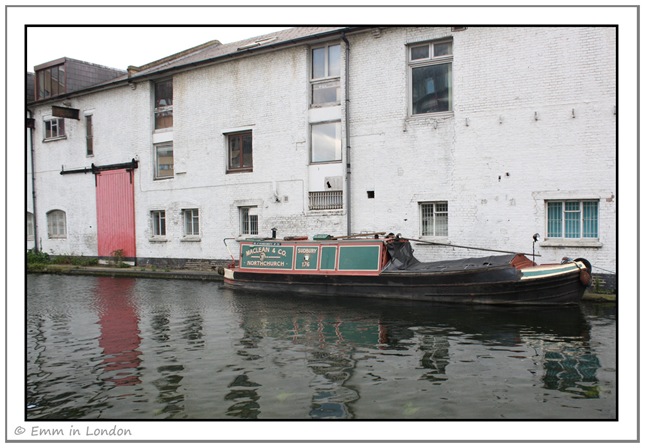 Just as I began to think that we should have chosen the Regent’s Canal route, we turned the corner and saw the very modern, very colourful Paddington Basin. 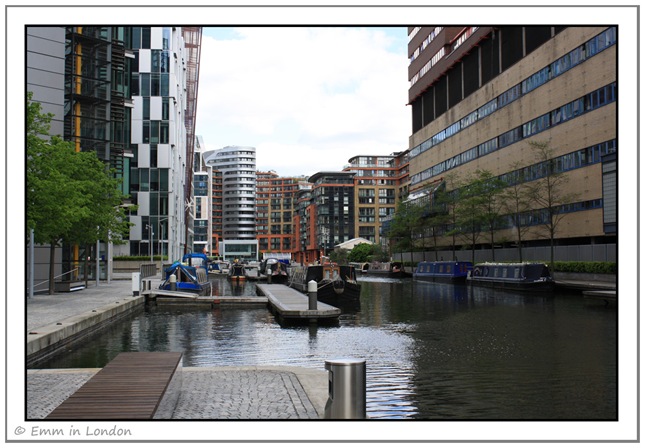 I find that places like this are always quite surreal.  Firstly, the entire area was far too quiet for 3pm on a Saturday afternoon.  It was also really neat and tidy, almost as if real people don’t actually live here.

It was a lot of fun to photograph though and we did find the odd sign of humanity and human habitation.  I can just imagine that the owners below with their mop and watering can are everyone else’s least favourite neighbours. 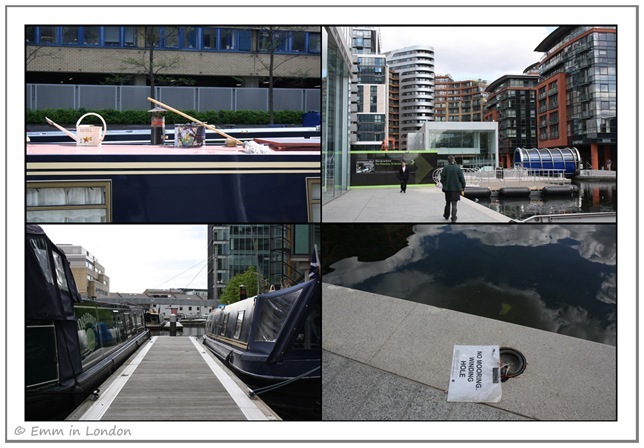 We had reached the end of the canal ways and stopped at the nearby Core restaurant for cake and refreshments.  If bad service and ice-creamless iced coffee is your thing, I’d certainly recommend Core. 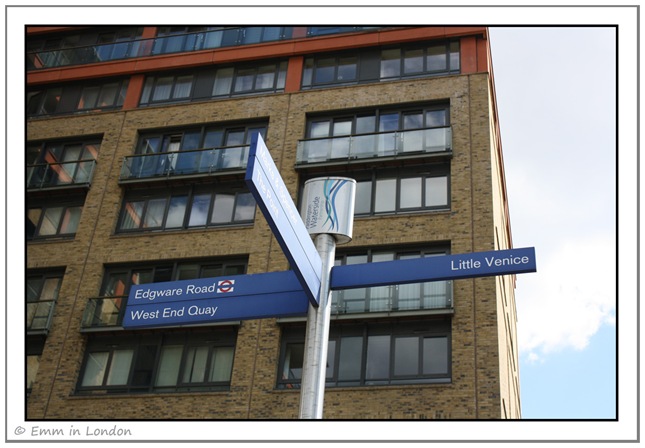 I’d wanted to explore Little Venice for the longest time and now that I have, I just want to explore it again, this time walking west from Warwick Avenue or walking up Regent’s Canal towards London Zoo and then on to Camden.  Do let me know if you’d like to join me for a walk and I’ll be sure to invite you along.