London at Dawn: A Photographer's Dream

The challenge is simple.  You meet up an hour before sunrise with the London at Dawn team consisting of photographer Anthony Epes and black cab driver and certified tour guide Nick Mortimer.  Using tripods (which the team graciously provide), Anthony will guide you to photograph entirely on manual settings while Nick shares his impressive knowledge of London history and architecture with you.

The workshops are aimed at beginner photographers and what better subject to practice on than a city at dawn?  Especially London at dawn?

I now understand why people say they will never return to automatic after learning to shoot on manual. For the first time I was able to see a scene with my own eyes and transfer that light and beauty into my photographs.  It was amazing and I cannot express enough how much I learned on the workshop.

On the morning of our photo shoot, we met just after 5am and began taking photos at 5.30am after a short introduction.  We were standing on the Tower Bridge Millennium Pier, just beneath the Tower of London.  The sunrise was at 5.50am on that day and these photos were taken in the 20 minutes before sunrise.  It was amazing to me how rapidly the light changed and how frequently we had to adjust our settings.

Remember to click on any of the photos below to enlarge them. 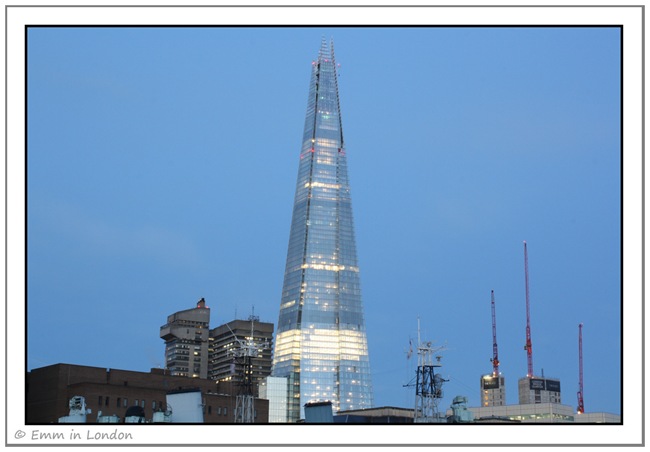 I am sure that it is no surprise that I immediately set my tripod down and pointed the camera straight at The Shard.  We were fortunate that we had blue skies but it got colder as it approached sunrise. 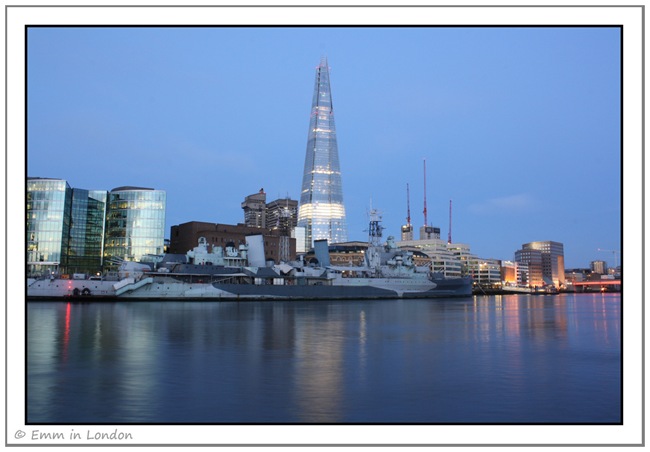 5.32am The Shard and HMS Belfast

In this photo you can see the HMS Belfast in the foreground and that is London Bridge at the far right of the photo, lit up in red. 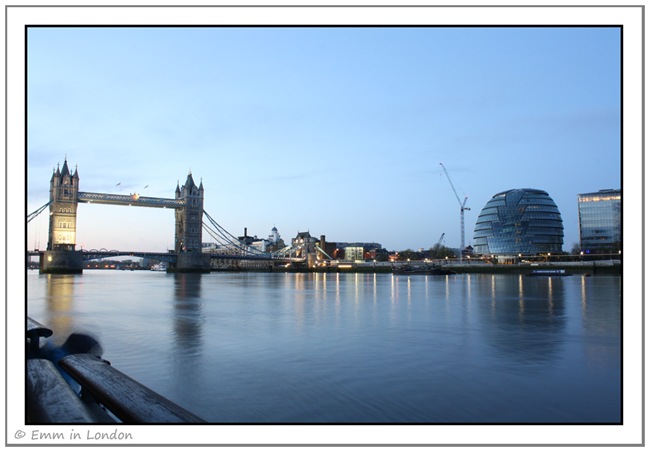 5.33am Tower Bridge and City Hall

This is one of my favourite photos. This photo was taken facing south-east and you can see the faint glow of sunrise behind Tower Bridge. City Hall is to the right. 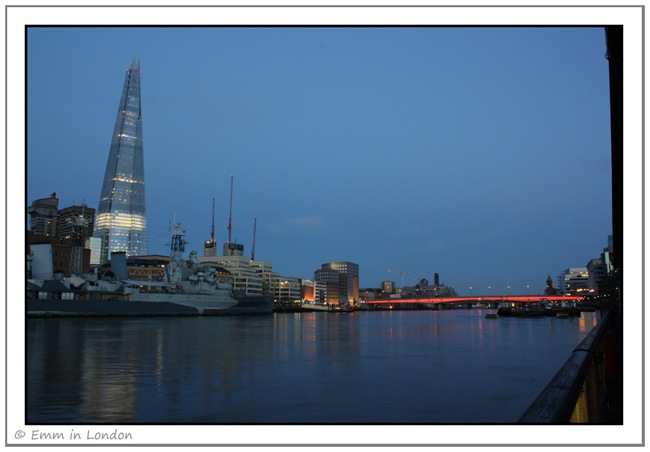 5.36am The Shard and London Bridge

Facing west again, it was a little darker. You can see a little more of London Bridge. 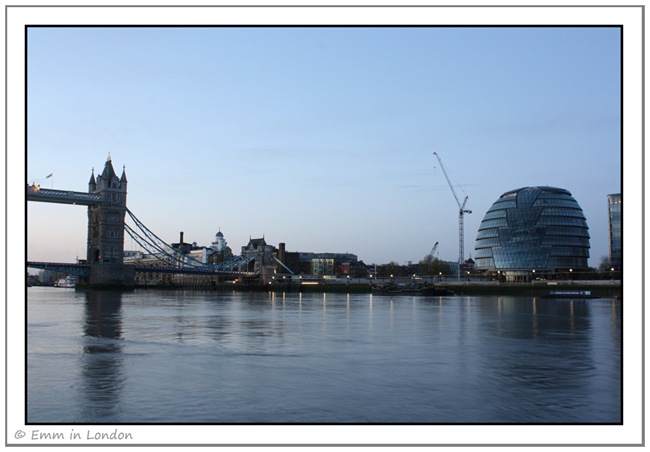 5.41am Tower Bridge and City Hall

Nine minutes before sunrise and the buildings still had a bluish hue before the arrival of the golden glow of the sun. 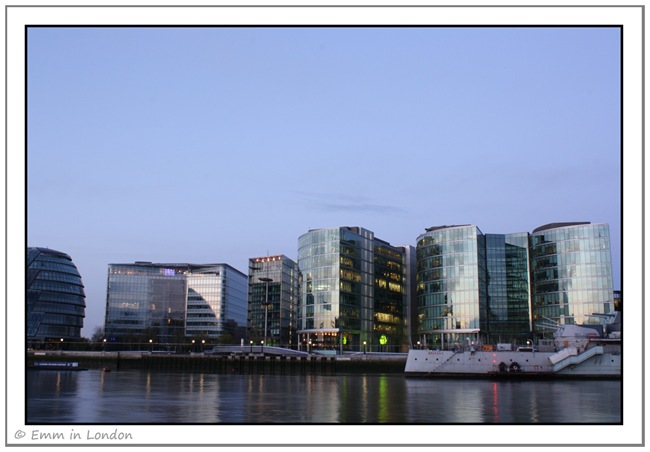 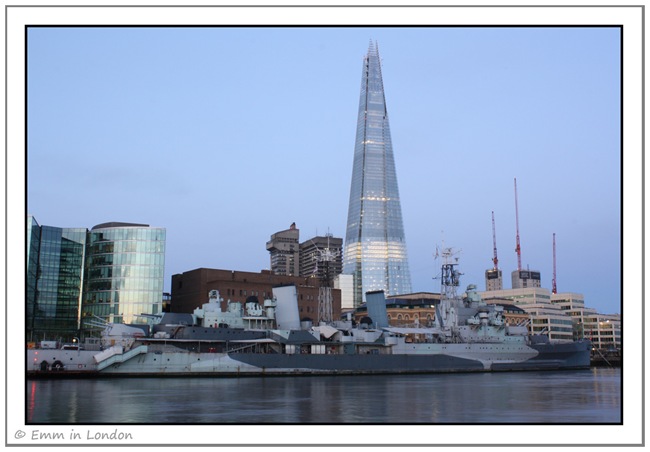 5.43am The Shard and HMS Belfast (with 2 More London Riverside, Southwark Crown Court, Hays Galleria and the Cotton Centre) 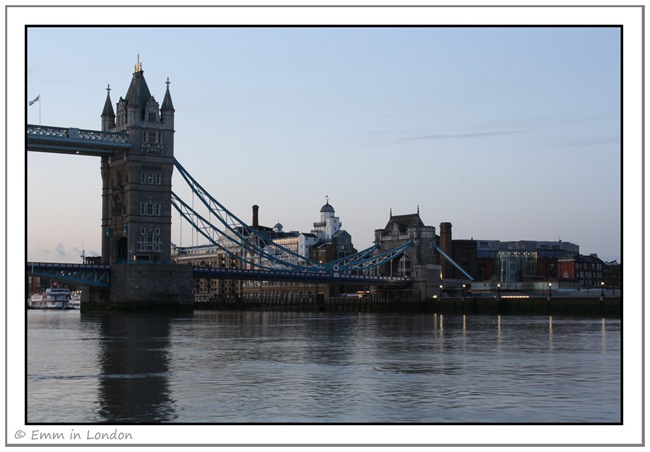 Two minutes before sunrise and it felt as if the whole world was holdings its breath.  What a stunning experience. 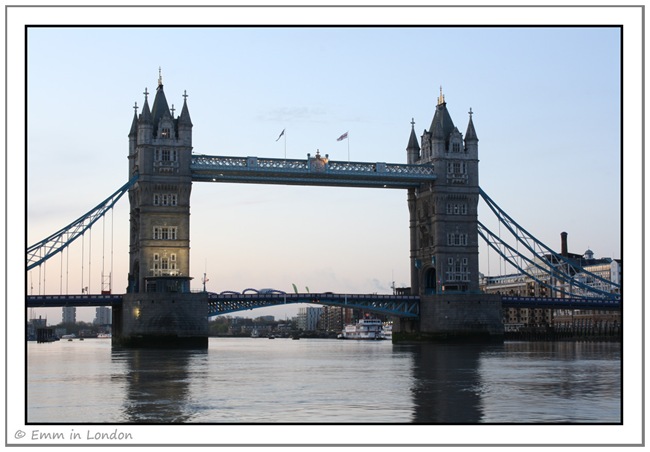 5.49am Tower Bridge, one minute before sunrise 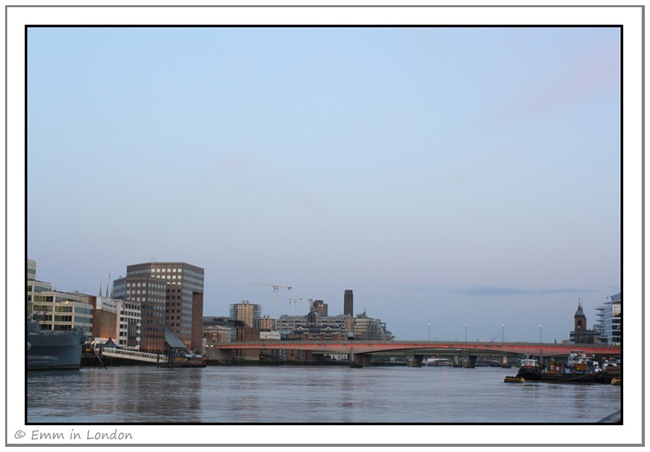 5.54am London Bridge at Sunrise

We took many more photos that morning and there are lots more to come.  One thing is for sure, as painful as it was to wake up so early, I will definitely be trying to catch London at dawn this summer and hope to attend another London at Dawn workshop this summer, hopefully the two-day Big Ben to Canary Wharf one in August.

Disclosure: My day on the London at Dawn experience was kindly sponsored by London at Dawn but all opinions and enthusiasm are definitely my own. I’d like to thank the team at London at Dawn for inviting me along on this adventure and hope to see them again soon.