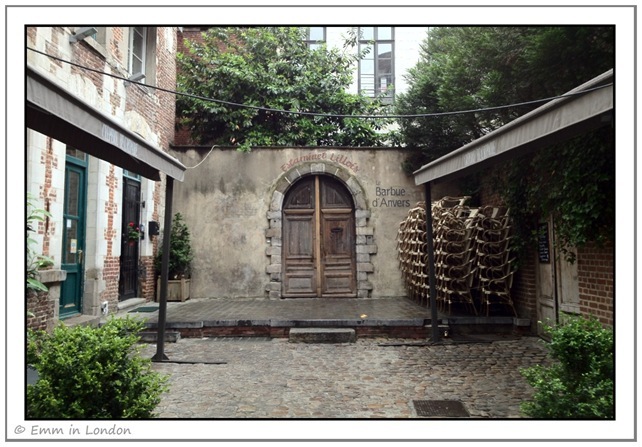 The city of Lille is situated in northern France and we spent a long time exploring this magical city on a cold and wet Sunday afternoon in June.  Isn’t it strange then that despite the wealth of 17th and 18th century architecture, with its palaces, courtyards and alleyways, that it was this doorway that captured my imagination so?

Le Barbue d’Anvers is a famous restaurant that occupies an 18th century building next to the old Hotel de Beaurepaire.  I loved the doorway at the end of the cobblestone courtyard, tucked away in a corner of Rue Saint Étienne.