A Guide to Road Tripping in Britain

A short while ago, I wrote about rail travel in Britain and how travelling by train is my favourite mode of travel.  I guess I made it seem like travelling by car is less than ideal but there are two important aspects of car travel that absolutely trump rail travel: time and freedom.

When you go on road trips, you have the time to lie in bed a little bit late one morning and there is no reason why you can’t spend that little while longer in a coffee shop or museum.  You have the freedom to choose the scenic route, you can stop to admire breathtaking scenery and you have significantly less chance of being thrown out of a moving carriage for singing at the top of your voice.

Road trips are about much more than just traveling between two points, they are about the journey, and road trips are as much fun to plan as they are to experience.  Many of the recent trips we’ve taken have been to specific destinations for example, Snowdonia in Wales and Windermere in Cumbria but I’d like to tell you about some of the best road trips I’ve undertaken in Britain and one that I have begun to plan.

Our first road trip took us through thousands of years of English history from the ancient standing stones of Stonehenge to the remains of the Roman baths in Bath and finally on to Oxford.  This road trip took us two nights / three days but it would be really easy to add on another day or two if you wanted to extend your trip further west. 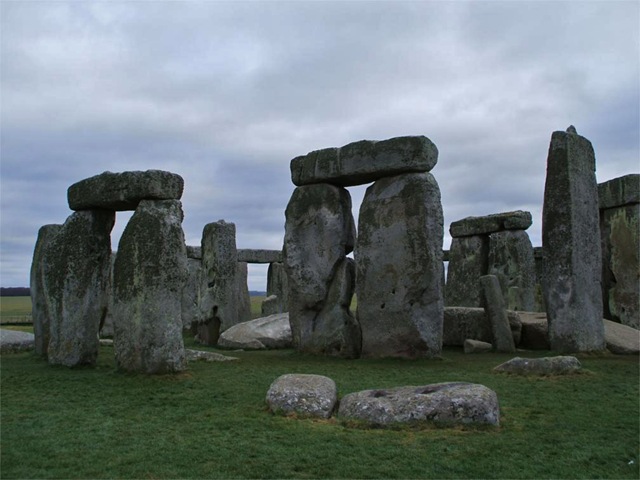 Our first stop was Stonehenge.  Unless you’re there for the summer or winter solstice celebrations, there isn’t much point in hanging about more than an hour or so and so we headed off to spend the night in Bristol.

-> Detour: At this point it would be really easy to head north to Gloucestershire where you could spend the next day exploring the Forest of Dean and old town Gloucester. Alternatively, you could head further west and spend a day in Cardiff.

Early the next morning, we drove to Bath where we spent the day exploring the old town and the fabulous Roman Baths.  After Bath, we drove on to Oxford and spent the next day on a walking tour of the old colleges before returning home again that evening.

On our second English road trip, we stuck to our historic theme but this time delved into the more modern histories of Liverpool and Manchester, contrasted with the medieval histories of Warwick and York.  This road trip was slightly longer at four nights / five days.

Leaving from London, we spent our first day in Warwick exploring the fabulous exhibits at Warwick Castle.  We then drove up to Liverpool, where we spent the night, and we spent the next day exploring the Pier Head, Albert Dock and tracing the Beatles’ footsteps.

-> Detour: If you’d like to add an extra day into your itinerary, it would be a good idea at this point to head off to the fabulous walled city of Chester or you can also spent a day in Blackpool, a seaside resort town which I love but which most people say is a bit gaudy. Our next destination was Manchester, the home of Manchester United, where we spent the night.  We spent the next day and night taking advantage of Manchester’s great shopping opportunities and fabulous pubs, with a quick visit to Old Trafford.

Bright and early the next morning, we headed off to York where we discovered York Minster, the Shambles, Clifford’s Tower and the York Castle Museum.  The next morning we headed home to London but made sure we stopped off at the Roman Ruins in St Albans on the way.

Breathtaking Vistas in the Scotland Lowlands

We spent a week in the Scottish Lowlands in 2010 and took several day trips from our base in Loch Monzievaird.  I was absolutely enchanted by Scotland and was especially taken with the buildings in their creepy, Scottish Baronial style.

This trip wouldn’t have been possible without a car though, so I am going to suggest a four night / five day road trip of the area (with a bonus photo!) 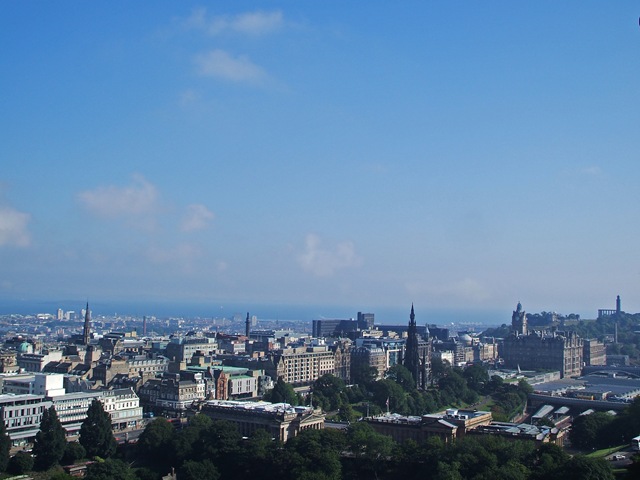 On the first day, arrive in Edinburgh and spend the day exploring Edinburgh Castle, the Old Town and Princes Street Gardens.  From Edinburgh, drive to the market town of Crieff and spend the next morning exploring the old town, Drummond Castle and Gardens and The Famous Grouse Experience.

Drive up to Aberfeldy where you’ll spend your second night.  The next morning, you can explore the old town, visit the Watermill bookshop and check to see how the rebuilding works are going at the Art Deco cinema The Birks. 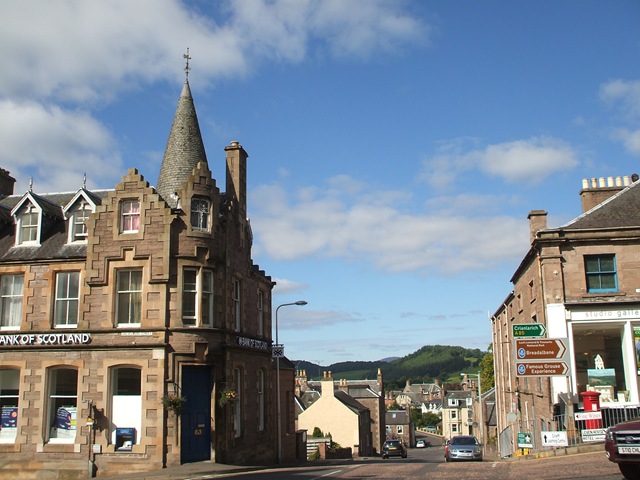 After lunch, you’ll then head off to Pitlochry, the home of Heathergems and Pitlochry Festival Theatre, where you’ll spend your third night.  Pitlochry is especially popular among walkers and hikers so do keep that in mind if you arrive in season. It might be worth spending an extra night in Pithlochry if that interests you.

The next morning, you’ll drive down to Perth where you’ll visit Lochleven Castle and The Scottish Deer Centre.  You’ll spend your final evening in Perth before returning to Edinburgh the next morning.

A Short Tour of East Anglia

Once again, we spent a week in Swilland Mill when we took our tour of East Anglia last December, but our adventures wouldn’t have been possible without a car.  I’m going to suggest a short three day / two night road trip.

From London, drive up to Bury St Edmunds where you’ll spend the day exploring the ruins of the Abbey of St Edmund and the present day St Edmundsbury Cathedral.  Spend the night in town, or perhaps drive through to one of the seaside towns of Aldeburgh, Southwold or Lowestoft.

Spend your second day in Norwich and be sure to check out Norwich Castle, the Royal Arcade, the market and the Church of St Peter Mancroft.  Norwich really comes alive at night, so I’d definitely recommend you spend your second night in or near to the city. 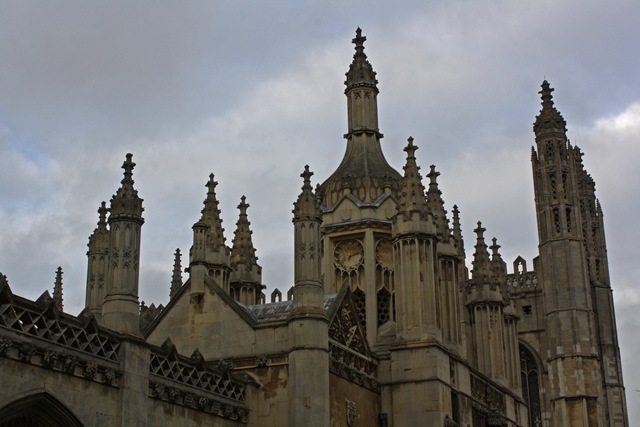 You’ll return to London the next morning but do be sure to stop by the ancient university town of Cambridge on your way back.  Take a long stroll around the colleges and down the canals and perhaps even indulge in a boat ride if weather permits.

From Train Windows to Reality

I’m pretty good at turning road trip plans into reality but there is one road trip I’ve been planning since 2010 which is still but a dream.  The problem is that there is so much to see and so far to travel and while I’d like to think this is possible in five days / four nights, that might prove to be too tiring.  This is a rough idea of the next road trip that I am planning:

On the first day, travel up to Lincoln where you can admire Lincoln Cathedral and also explore some of the abbeys and monasteries lying in ruin since the Dissolution of the Monasteries. 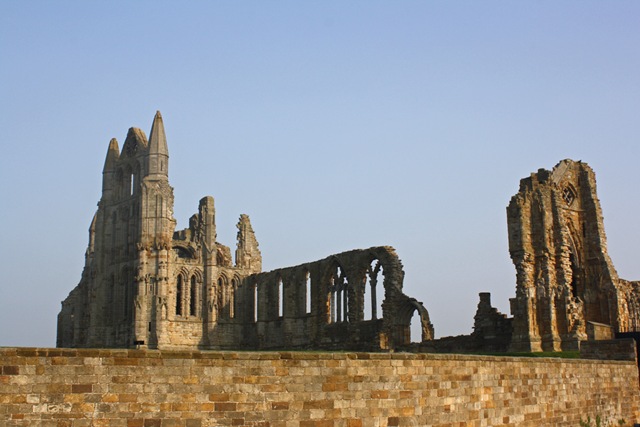 Travel up to Whitby the next day where you can explore one of the most famous ruins of all, Whitby Abbey.  Be sure to stop off in town for some famous fish and chips too or indulge in some Gothic or Bram Stoker-themed adventures.

What do you think? Too ambitious?

I hope that you find these road trips useful in planning your own around Britain. Personally, I can’t get enough of the history, architecture and countryside on this island.  Finally, I bring you some valuable tips if you are considering taking a road trip.

Plan ahead but take it easy. Do plan your trips in advance to ensure that you make the most of your routes and don’t miss out on any attractions.  Conversely, don’t be afraid to stop off somewhere unexpected or to take it a little easier if you’re beginning to feel fatigued.

No room at the inn. Britain is not like the continent and you might run into trouble if you don’t book your rooms ahead.  Not only that, but you can lose out on some fantastic online or advance deals if you book ahead. We alternate between cosy country inns and the unbeatable £29 deal from Premier Inn.

You really don’t need to own a car. It is really easy to hire a car in the UK and it doesn’t have to be expensive either.  We’ve used Enterprise before when we’ve travelled to Liverpool and we also hire a van from them every time we move house. It is at least four of us on our road trips so the cost of car hire is far less expensive than individual train tickets for those journeys.

Satellite navigation is your best friend. I can’t stress this last point enough. In addition to the road trips listed above, we’ve visited Wales, Cumbria, Isle of Wight and even France, and we’ve also undertaken countless journeys to visit family in Liverpool and Manchester. We use a Tom Tom and we ensure that we update it before each journey and we also subscribe to live traffic updates. Beg, borrow or steal a SatNav if you have to, even use your smart phone or Google Maps, but don’t try navigate a journey in Britain without these modern conveniences!

Do you have any road trip ideas? Be sure to share them below so that other people can follow your routes.