Johannesburg. Jozi. Jo’burg. Egoli. The City of Gold.  There are lots of names for Johannesburg, the city I was born in and the city we returned to in 1982.  I may have lived in Jo’burg for 25 years but it was only in the last 2 years that I began to explore more of what my hometown has to offer in terms of culture, history and attractions. Isn’t that crazy? Well, I fly out tomorrow for my first visit in two years and I am quite determined to make the most of my time.  These are the top five things I want to do while I’m there (apart from suntanning, dining in excellent restaurants and seeing my family and friends):

Power Swing at Orlando Towers. Almost ten years ago, Stephen bungee jumped from the world’s highest commercial bungee jump at Bloukrans Bridge near Port Elizabeth. I cowered well away from the edge of the viewing platform, overcome by my fear of heights. This time the tables are completely turned! I totally want to power swing from the Orlando Towers in Soweto while Stephen refuses to even go up on the viewing platform. 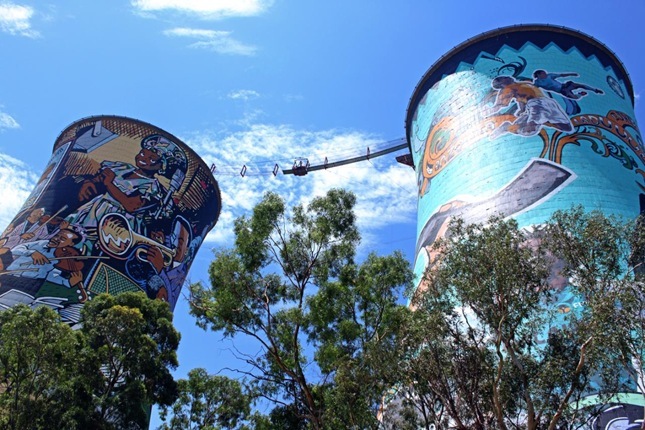 Visit the Kliptown Freedom Charter Memorial. The Freedom Charter was to South Africa what Martin Luther King, Jr’s speech was to the civil rights movement. It became the basis of South Africa’s Constitution, one of the most liberal and progressive in the world and the highest law in the land.  I find it hard to put this into words but I simply want to be there, to stand at the memorial and take it all in.

Meet an Elephant at the Sanctuary in Hartbeespoort Dam. Hartbeespoort Dam is just outside Johannesburg but there is something new that wasn’t there when I last visited South Africa – an elephant sanctuary.  Now most South Africans I know were forced to read Dalene Matthee’s Kringe in ‘n bos (Circles in a Forest) at school, a book about deforestation and the extermination of elephants in Knysna in the late 1800’s. This book instilled in me an absolute respect of elephants, of their intelligence and fury and although I’ll admit to being a little frightened, I can’t wait to visit the elephant sanctuary! 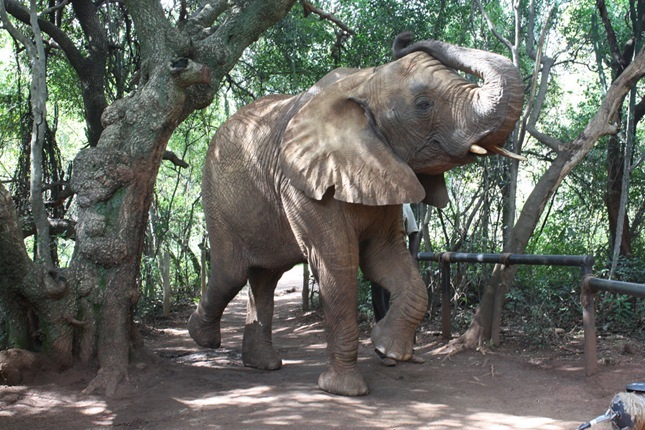 Pay My Respects at the Hector Pieterson Memorial and Museum. 16 June 1976 was one of the most horrific moments in South African history.  Police opened fire on children taking part in a peaceful protest and resulting violence became know as the Soweto Riots.  Hector Pieterson was widely accepted to be the first child to die that day and this memorial and museum was opened in his name.

Fingers crossed that I get some of this done and don’t while away the days suntanning by the pool!

You’d be correct in observing that my visit this time focuses a lot on South African politics and history. These are things that I have always wanted to do but naturally, this is not all there is to do in Johannesburg.

For animal lovers there is the Johannesburg Zoo, the Rhino & Lion Nature Reserve, and the Lion Park.  Wild Waters Water Park will keep children and most adults entertained for an entire day and Gold Reef City is a theme park based on Johannesburg’s history as the City of Gold. You can visit the Old Fort where Mahatma Gandhi and Nelson Mandela were incarcerated or visit Johannesburg's Constitutional Court complex. Lovers of archaeology and natural beauty should visit Maropeng, the Cradle of Humankind where the oldest human and humanoid remains in the world were discovered.  Don’t forget to visit the nearby Sterkfontein Caves.

What are you doing to escape the northern hemisphere winter this year? (Or did you somehow manage to escape the southern hemisphere winter?)  I’ve been inexplicably gleeful for much of autumn and winter but I do think that is because I'm breaking up the winter with a sunny interlude.  I’m starting to think that I’m solar powered and need winter sunshine to survive!  Perhaps next year I’ll finally achieve my dream and go to Tenerife over December.