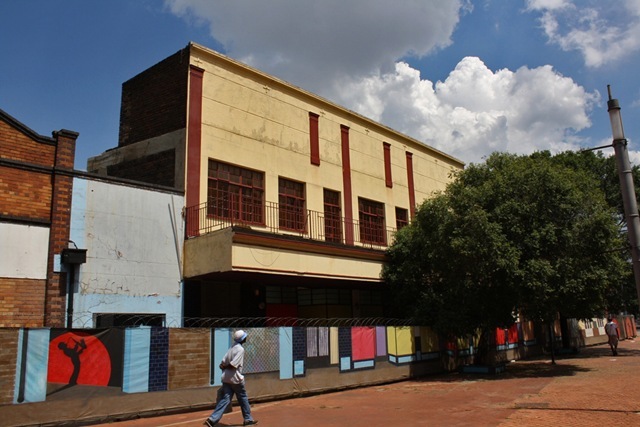 When you take photographs, there is the story you think you want to tell and then there is the real story, the one that pushes its way through your subconscious, into your photographs and demands to be told.

When I visited Newtown in Johannesburg, I thought I was going to tell you about the area where I spent countless weekends as a teenager, browsing the market, absorbing the counterculture or escaping the sun in the Market Theatre bar, sipping red wine from ornate, pewter goblets.

Newtown was one of the first areas of Johannesburg to decline and I was going to tell you about the recent efforts at regeneration in the area, about how it has gone from being a no-go zone to the cultural centre of Johannesburg.

But when I looked through my photos, I realised that there was so much here that would not make sense unless you knew a little bit about the history of Newtown, about why there is a saxophonist in the top photograph above and how music and protest are integral to the history of Newtown and the struggle against Apartheid.

The history of Johannesburg began with the discovery of gold in 1886. By the end of the 19th century, Burghersdorp had become a multi-cultural, multi-racial residential area and home to almost 7,000 people. In October 1904, the area was decimated by a fire and it is largely believed that it was the fire brigade who set the fire, supposedly to control an outbreak of the plague. It was the first forced removal of the Apartheid era and thousands of individuals were then moved to racially segregated areas. In the meantime, Burghersdorp was renamed Newtown and the area went on to become an important milling and commercial centre. 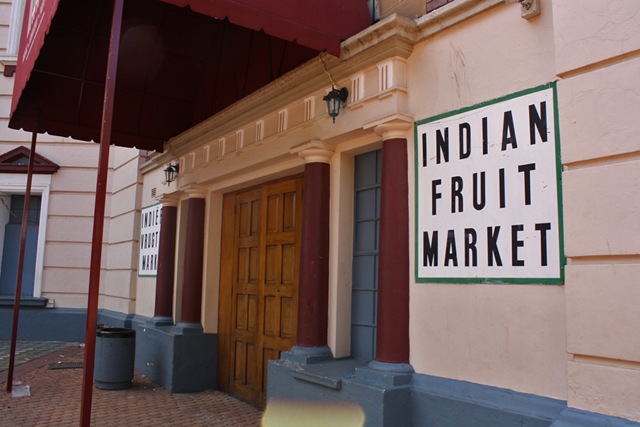 In 1976, beloved South African thespians Barney Simon and Mannie Manim constructed the Market Theatre out of Johannesburg’s Indian Fruit Market which was built in 1913.  In the dark days of censorship and propaganda, the Market Theatre became the “Theatre of the Struggle” and many important anti-Apartheid plays premiered here. 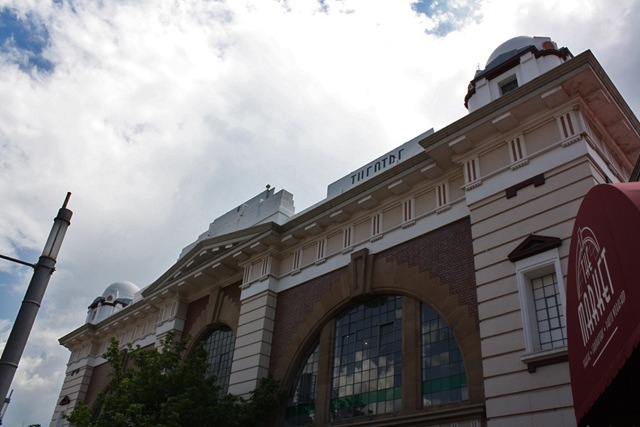 If you walk a short distance from the Market Theatre, you’ll discover the Sophiatown Bar Lounge. It is named after Sophiatown which, like Burghersdorp, was a multi-racial, multi-cultural township. In the early days of repression and poverty under Apartheid, jazz, culture, arts, dancing, boxing and dance halls exploded in Sophiatown. 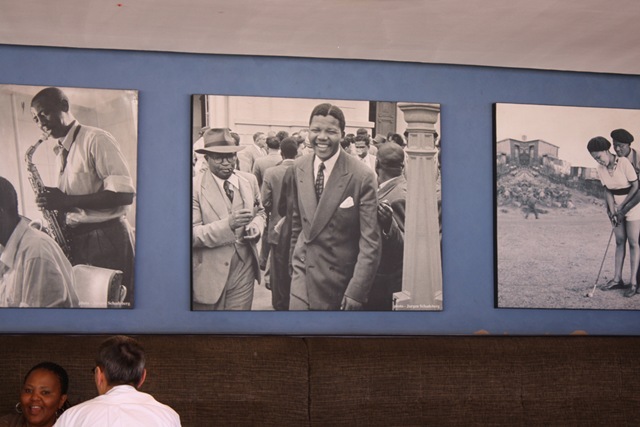 Sophiatown was the black cultural centre of Johannesburg. Deemed a threat to neighbouring white neighbourhoods, the inhabitants of Sophiatown were forcibly removed to racially segregated townships on 9 February 1955 and the township was razed to the ground. The Apartheid regime thought they could so easily destroy a culture but in the end, they ignited a fire and the legacy of Sophiatown lives on. 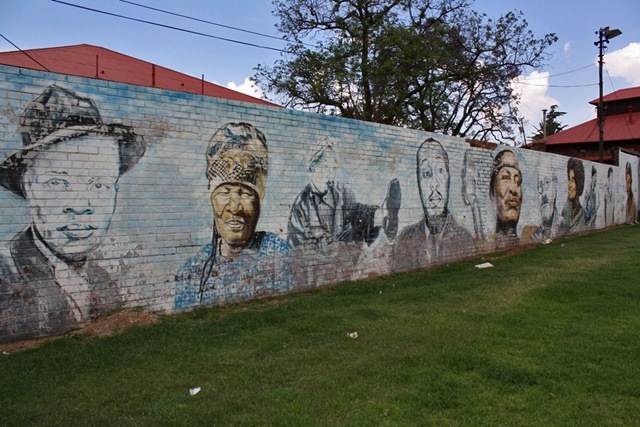 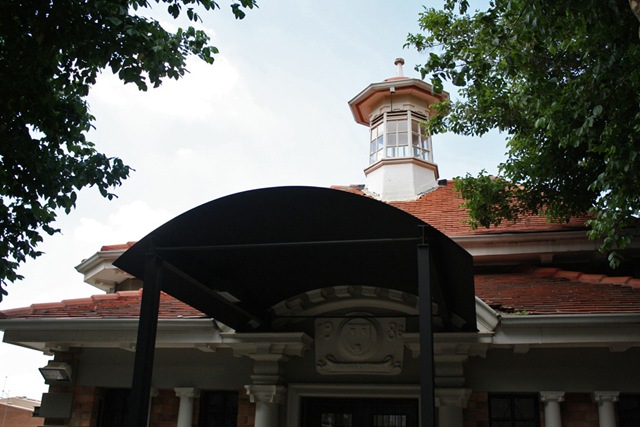 One of the best known jazz personalities was the sad man of jazz himself, Kippie Moeketsi.  A saxophonist and jazz musician, Kippie played with the likes of Miriam Makeba, Abdullah Ibrahim, Hugh Masekela and Jonas Gwangwa. He was known for his sad demeanour and descended to destitution and alcoholism before his death in 1983.

In 1986, the famous Kippies jazz nightclub was built in a pastiche of a 1913 Edwardian toilet just next to the Market Theatre.  Kippies rose to become the most important jazz club in Johannesburg and it occupied that position until it closed in 2005 due to severe structural problems. As you can see from the photo above, the building has since been restored but sadly, Kippies remains closed. 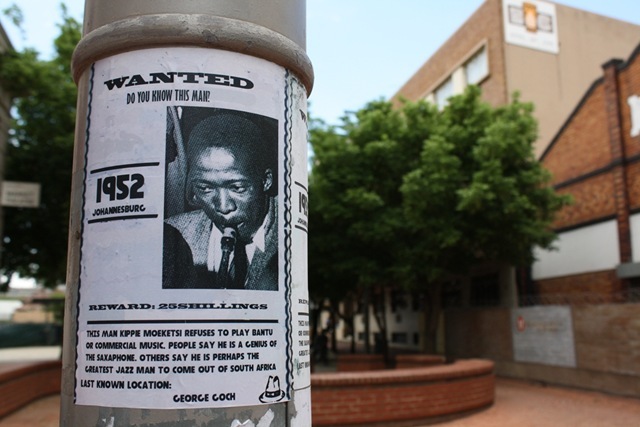 The story doesn’t end there of course.  In 1994, the Bassline club opened up in Melville, Johannesburg and it became a rising star of local jazz in its own right.  In 2003 the Bassline closed in Melville and moved across town to a much larger venue in Newtown in 2004.

A bronze statue of the late queen of Afropop Brenda Fassie stands outside the Bassline, featuring Brenda in her typical performing pose.  The area comes alive at night with jazz bands playing into the early hours of morning. 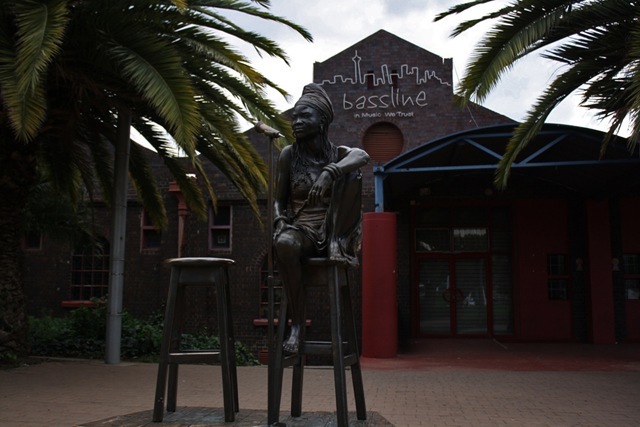 Even in the light of day this place is never silent. If you listen carefully, you can hear the whispers of penny whistles and the strains of saxophones as they carry on the wind, a legacy of jazz, protest and the spirit of Burghersdorp, Sophiatown and all the other South African communities that they tried so hard to destroy.

Yes, this is definitely the story that I wanted to tell.