Messages of Hope and Unity from Braamfontein 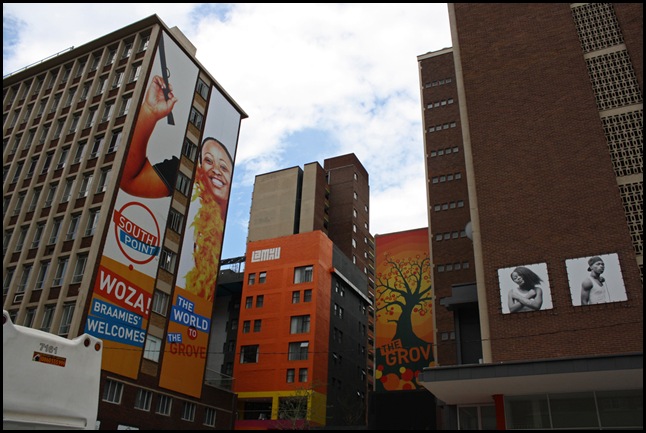 Visiting South Africa in December was an eye-opening experience. My previous visits embodied a mix of reverse culture shock and inner turmoil due in no small part to lasting poverty, inequality and racism in the country of my birth. December was different. On this occasion, I departed with an enduring impression of hope, unity and optimism for the future. Nearly everywhere we went we witnessed inner-city reform, change for the better, improvements and pride in both our nation and the city of Johannesburg.

A significant degree of this is conveyed through visual campaigns urging people towards more responsible, accountable behaviour and making it clear that change is a group effort. The concept of Ubuntu is everywhere and I’ve briefly mentioned before the messages we’d seen in Newtown.

One of the areas I was really keen on revisiting was Braamfontein. This area did not experience the same degree of inner city decay as Hillbrow and the commercial area of Johannesburg, perhaps because of the close proximity to the university, but it certainly experienced decline in the past two decades nonetheless. Of course, much of that is a distant memory now in this thriving urban area. 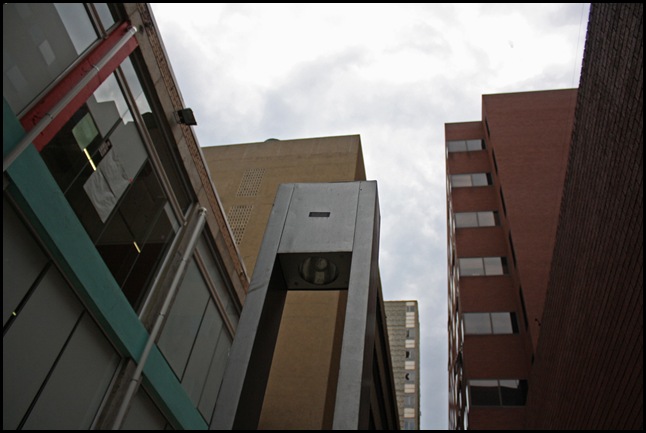 This was the first message we spotted in Braamfontein: “Watch less, read more”. It was located in tiny lettering at the top of a really tall column in an obscure alley off Melle Street.  When I took a few strides away, I could see that these columns were street lamps, illuminating the way in the dark alley. Each of the lamps had a quirky and utterly helpful message, so I have to wonder whether they were part of the design or simply placed by urban activists. 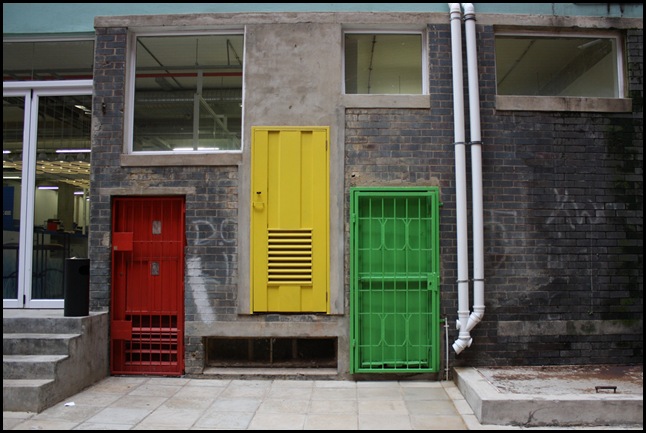 Braamfontein was grimy and decayed when last I visited, a landscape of brown and grey with crumbling edifices, litter-strewn pavements and dispossessed people sleeping on mattresses in alleyways. It is hard to believe that this vibrant, colourful and tidy area is the same place. 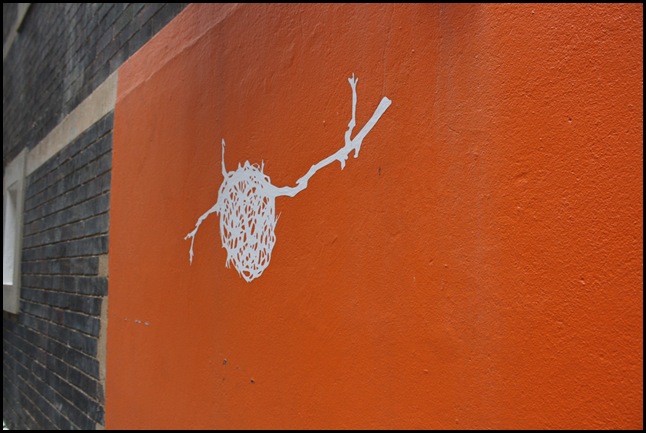 Of course, fancy paint work and clean ups alone won’t alleviate poverty and despair in the inner city and this is where the power of people and social movement can play a big part. As we wandered around South Point Central and the Lamunu Hotel, I spotted the #iamanactivist campaign by non-profit organisation Umuzi Photo Club. 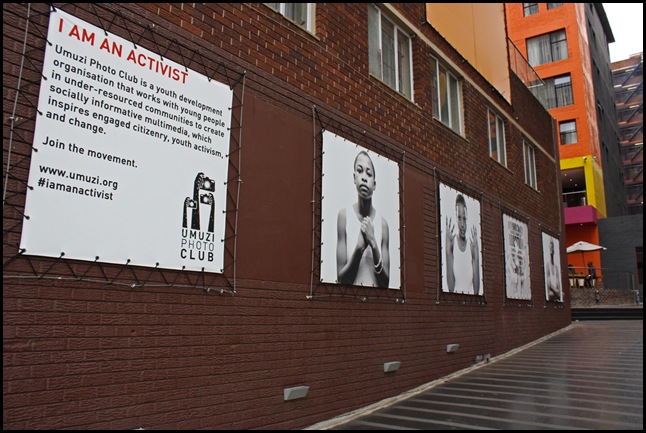 I Am An Activist

“Umuzi” means village in Zulu and the concept is similar to the concept of Ubuntu in the focus on social cohesion and the shared experience. From their website: 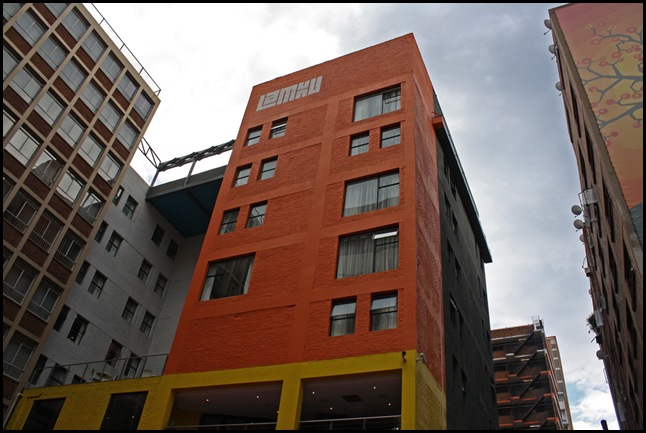 So the message is clear. 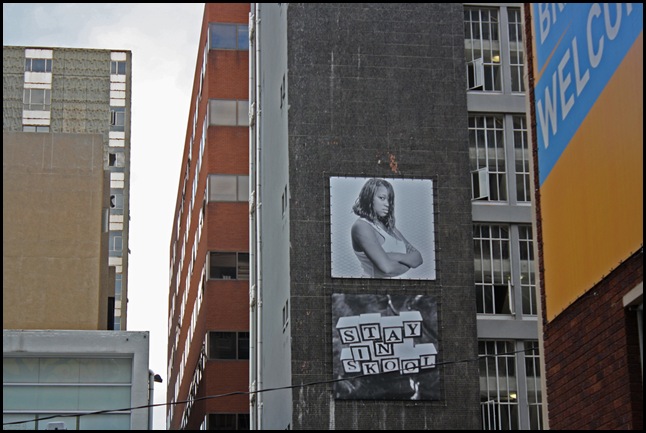 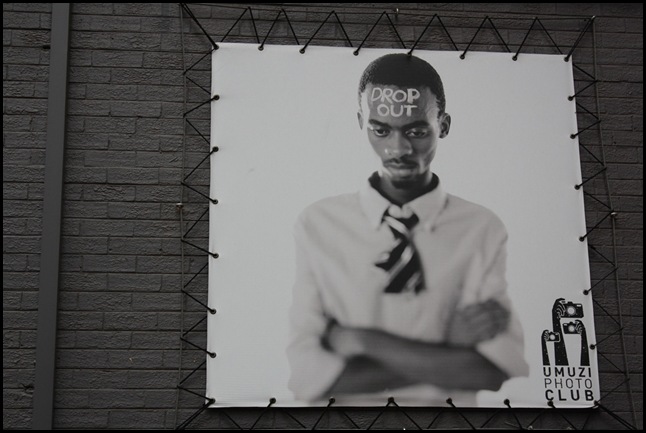 And be an activist. 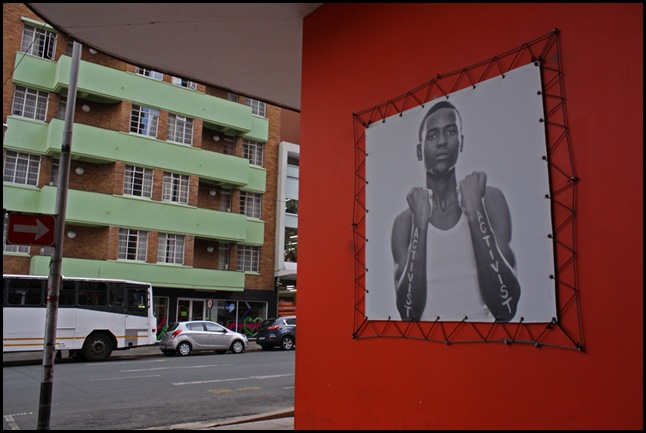 It seems strange. We learned about inner-city decline in school before we ever thought that would be a reality in Johannesburg. We learned about the flight to the suburbs and how eventually, the inner city would be reclaimed and gentrified. It was heartbreaking to witness that decline and I kind of wish that I was around now to watch this work in progress.

I can’t wait to visit again in a couple of years because I have no doubt that this area will be unrecognisable by then. There are many trendy and happening areas emerging in Johannesburg and I can only say that it is a good thing that residents have been able to reclaim these urban areas.

Braamfontein is an urban area nestled between Hillbrow, Parktown and Newtown in Johannesburg. It is bordered on the west by the sprawling campus of the University of the Witwatersrand, my alma mater. I am sure that for some, these Afrikaans words must look pretty strange! The name “Braamfontein” can be literally translated as ‘blackberry fountain’ but a more accurate translation is ‘spring of the brambles’. Witwatersrand means the ‘ridge of white waters’ and both were named for the network of bubbling natural streams that met white settlers when they first arrived in the area.