In Search of Roa and Phlegm on the Southbank

It is a sure sign of how crazy the past couple of months have been. Two of my favourite streets artists have painted murals on the Southbank, just across the river from where I work and I only found out about them this weekend. And so it was that I was walking around the Southbank Centre first thing on Monday morning, hoping to find these two famous murals. 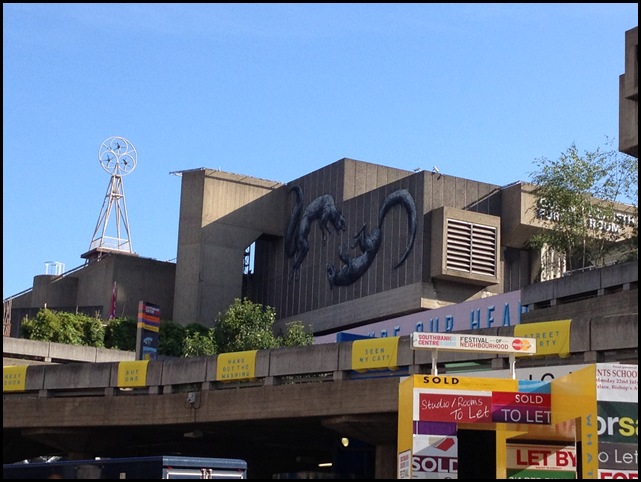 I needn’t have worried about spotting them! As I rounded the Royal Festival Hall, I couldn’t help but notice an unmistakeable Roa on the south-facing wall of the Queen Elizabeth Hall.  I’m going to name this Roa’s Squirrels although I thought they were meerkats for a moment. Whatever they are, they are in the middle of a ferocious fight! 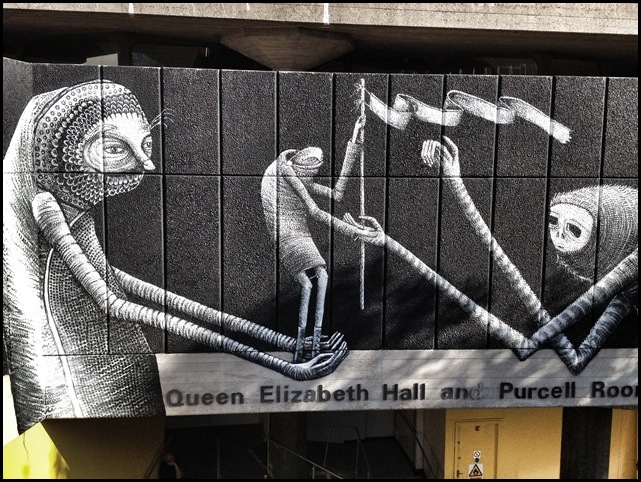 I just had to walk a short distance further before I spotted the Phlegm. Phlegm is a street artist from Sheffield and he paints the most incredible pieces of art. His work reminds me a little of Hieronymus Bosch and it seems there are no bounds to his talent.  Phlegm runs his own comic and is about to release a book. Check him out on Blogspot: Phlegm Comic News. 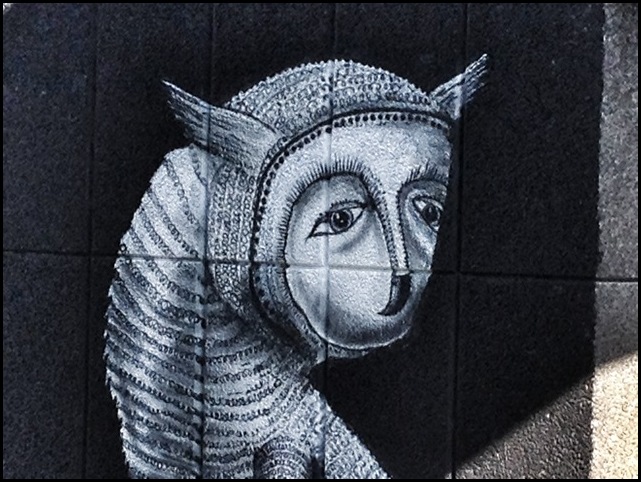 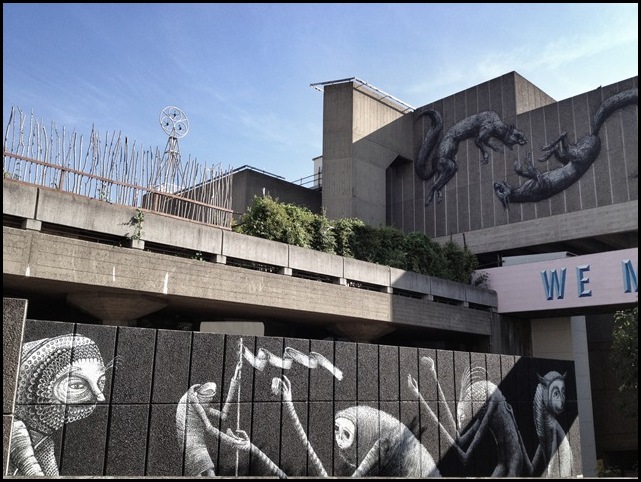 What is most striking about both Roa and Phlegm is the level of detail in their works. It was very interesting to see two such intricate works of street art located so close to each other. I wish I could have gotten close enough to really capture Roa’s work but thankfully I was able to climb up onto a walkway and get quite close to the Phlegm mural. 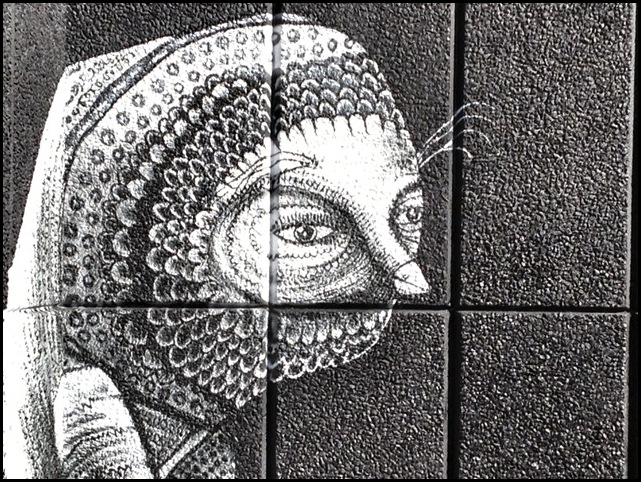 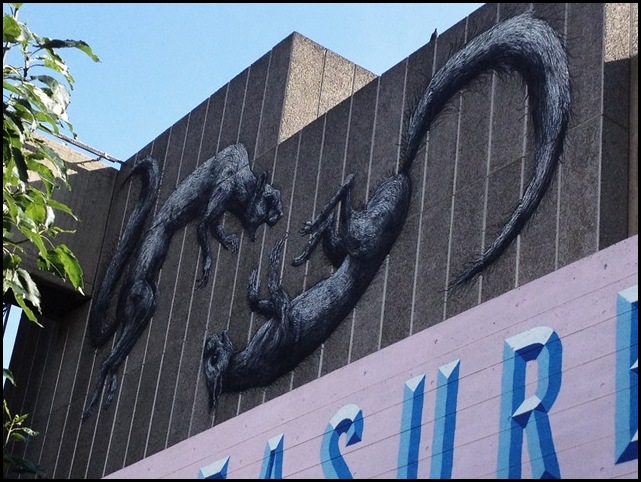 What do you think? Art or not? I personally would love to buy Phlegm’s book when it comes out.